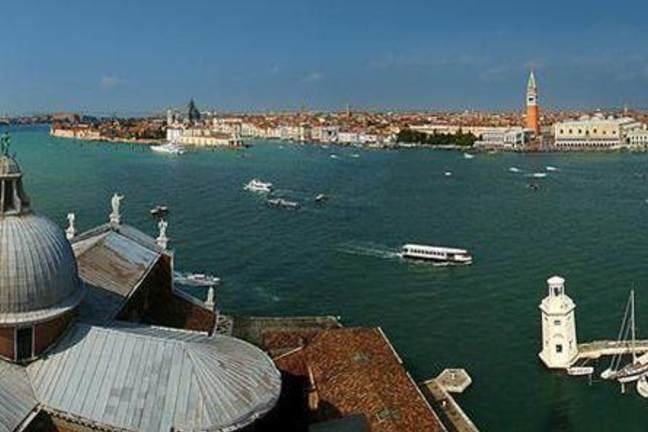 © Above image sourced from Wikipedia under a Creative Commons Attribution-Share Alike 3.0 Unported license

What is heritage and why does it matter?

According to UNESCO: Heritage is our legacy from the past, what we live with today, and what we pass on to future generations. Our cultural and natural heritage are both irreplaceable sources of life and inspiration.

World Heritage designated sites include the Great Barrier Reef off Eastern Australia, the Amazonian rainforests, and human artefacts like the Great Wall of China and the Egyptian pyramids. How is inclusion determined, and who decides what’s in and what’s out? Who maintains and promotes such places, landscapes or cultures, and to what political, social, environmental and economic ends? What impact do World Heritage inscriptions and related developments have on communities, on regions, nations, or indeed on the actual heritage that is at the focus of the inscriptions?

The concept World Heritage has always been linked to international politics, and those who are excluded, or exclude themselves, from the moral world community have invariably been excluded from decisions about World Heritage. In 1931 the International Council of Museums (ICOM) established basic principles for an international code of practice for the preservation and restoration of ancient buildings. The congress conclusions and the subsequent Athens Charter (ICOMOS, [1931] 1996b) reflected a growing consciousness about historic sites, and opened up the debate about conservation issues and the nature and value of international heritage.

In Europe postwar reconstruction from 1945 to 1955 brought about the large-scale restoration of damaged cities including Dresden, Warsaw, Gdansk, Blois and Vicenza. In 1954 the Hague Convention produced a convention on the Protection of Cultural Property in the Event of Armed Conflict.

Another trigger to action was the international concern raised by the construction of the Aswan High Dam in Egypt, which would flood the valley containing the Abu Simbel and other temples, significant relics of ancient Egypt. In 1959, following an appeal from Egypt and Sudan, UNESCO instigated a major conservation programme which involved intensive archaeological excavations and the removal, stone by stone, of the temples that were reconstructed on higher ground above the flood line.

In 1965 a White House conference in Washington DC called for international cooperation to protect ‘the world’s superb natural and scenic areas and historic sites for the present and the future of the entire world citizenry’. In 1968 the International Union for Conservation of Nature (IUCN) developed a similar set of proposals. Presented to a UN Conference on the Human Environment in Stockholm these proposals established international measures of protection and conservation similar to those for cultural sites.

Hence the 1972 Convention Concerning the Protection of the World Cultural and Natural Heritage (or ‘World Heritage Convention’) developed from the coincidence of separate movements focusing on the one hand on the preservation of cultural sites, and on the other dealing with the conservation of nature. Ultimately a single text was agreed and the convention was adopted by the General Conference of UNESCO in November 1972. Since then all countries joining UNESCO have ratified the convention.

The fulfilment of these aims is potentially complex and in some contexts politically sensitive.

An important concept in the World Heritage portfolio is the cultural landscape, influenced significantly by the long tradition of European landscape painting which became established as a genre in the 15th century.

A great variety of landscapes can be identified with distinctive regions of the earth. Invariably they combine a natural environment modified over the ages by humans, and they have become significant and often politically sensitive because they reflect specific techniques of land use that sustain biological diversity and are under threat from inappropriate development or climate change. Moreover, they are often associated with intangible heritages unique to the communities who live there; examples are religious beliefs, and artistic and traditional customs, perhaps reflecting the spiritual relationship of people with their environment.

The category of other

Diversification beyond major cultural and natural sites has resulted in the recognition of ‘other’ forms of heritage, for example ensembles of sites linked in different ways. Best known perhaps is the Camino de Santiago, the Pilgrim Way to Santiago de Campostela in Galicia, north-west Spain. The old city itself is a remarkable ensemble of Baroque cathedral, churches and civic buildings, designated a World Heritage site in 1985 and the object of a major conservation effort since.

Described as ‘a journey of the soul and spirit’, the Pilgrim Way, also known as St James’s Way, is in fact several different trails along ancient route ways in France and Spain that all lead to the supposed shrine of St James in Santiago. Here the body of the fisherman and apostle is believed to have been laid to rest in the eighth century. The origins of the route date back to the time when Christian pilgrims, some from distant parts of Europe, would set off to visit and pray at the saint’s final resting place. It is one of the most important pilgrimages beyond those of Rome and Jerusalem and still attracts thousands each year to add to recreational walkers. The route is marked with a scallop shell, the symbol of the saint, and the way was declared a European Cultural Route in 1987 and a World Heritage site in 1993.

Another category comprises ‘non-material’ intangible cultural heritage (ICH), which recognises the importance of living heritage, cultural diversity and its maintenance for the future as ‘a guarantee for continuing creativity’. According to the 2003 Convention for the Safeguarding of Intangible Cultural Heritage, it is seen in the following ‘domains’:

Between 2001 and 2005, ninety outstanding examples of ICH were identified.

The rise of World Heritage has been responsible for the rescue and conservation of numerous monuments to human values and endeavour and to large areas of unique natural environment and landscape across the globe. It has promoted heritages that have previously been neglected, for example rescuing cultures and languages that would otherwise have disappeared.

There is no question that UNESCO and the other heritage NGOs have dramatically raised the profile of global heritage and are continuously seeking to redefine heritage beyond its previous Eurocentred and essentially western viewpoints. However, heritage is not, as many believe, so much about the past as it is about the present. Heritage looks to the past, but it is something that is produced in the present for a particular purpose within human groups and societies. Heritage is a form of ‘representation’, which has the potential both to include, exclude or exploit certain members of society. When we talk about heritage as a form of representation, we refer to the way in which heritage objects, places and practices come to ‘stand for’ something else, whether that be an idealised sense of nationhood and its citizens, an ethnic group, or a particular set of histories and ideas about the past. For this reason, heritage is also about the power to control the past and to produce it in the present often for political or economic gain.

The many positive aspects of World Heritage are, therefore, often countered by these issues of politics, protocols and impact – particularly where the impact is negative on the very heritage that the legislation seeks to make sustainable.

Think about: How does our cultural heritage shape our approach to sustainability?