This content is taken from the University of York's online course, Tackling Environmental Challenges for a Sustainable Future. Join the course to learn more.
View course
2.18 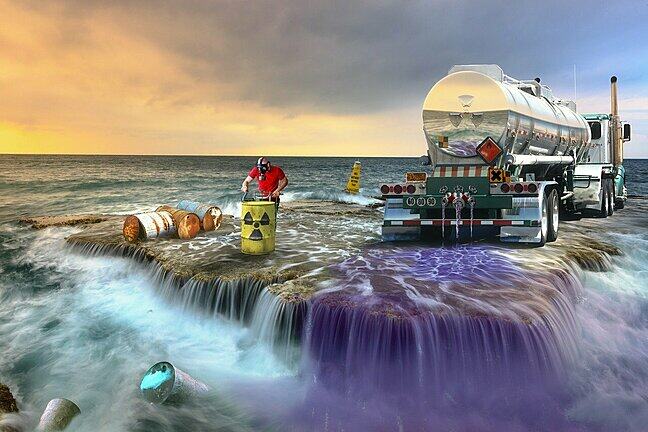 In the previous step we have discussed how chemicals that we use may find their way into the ocean. Here we will examine a couple of the many types of chemical pollutants that we find in our oceans and the properties that that help us determine which are of the most concern.

As the name implies, POPs is the name given to chemicals that have been identified to persist for very long periods of time in the environment. In the 2001 Stockholm Convention, an agreement was reached to outlaw or limit the use of 12 POPs known as the dirty dozen. The rational for banning was based upon PBT criteria.

Heavy metals are naturally occurring and many have high value to industry when extracted from the earth. However, similar to POPs, these compounds are a concern due based on the same PBT criteria. Often released from mining operations and oil spills, natural and unintended which we will learn about later. Heavy metal contamination can move up the food chain where their exposure can result in a major human health concern.

Scientists are only beginning to understand the impact these contaminants have on aquatic systems like the marine environments.

Other types of chemical pollutants come in forms that we may not consider pollution at all. Excess nutrients that we use in agriculture to increase yields, or in our own gardens to ensure lush green grass, can be washed away and end up in rivers. When erosion occurs, the process where soil is washed away in runoff into rivers or directly into the ocean, even nutrients bound to the soil can enter marine environments.

In the next step we will investigate how excess nutrients can have disastrous impacts on marine environments.