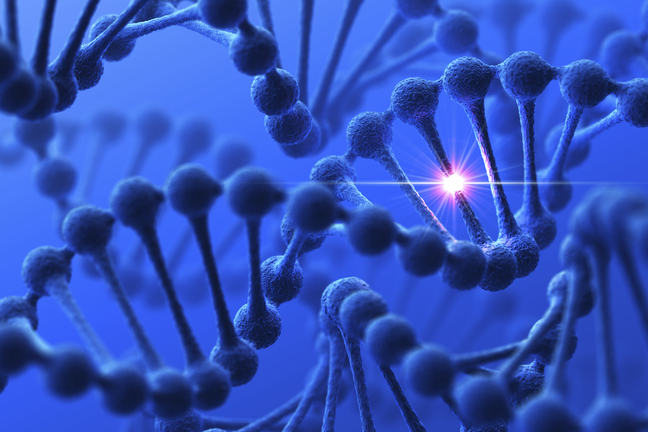 When genetic errors are introduced: Constitutional and somatic mutations in genetic conditions

Mutations can happen to any cell at any time. These mutations will be present in all the descendants of that cell.

Where a genetic error occurs in the egg or the sperm - pre-fertilisation - then it will be present in all cells of the body. This is a constitutional error and is the kind we most often associate with genetic disease.

Because these errors are present in all cells, it follows that they are also in the germline - the eggs and sperm and their precursors - and therefore they are sometimes referred to as germline mutations. Constitutional mutations can be passed on to the next generation. This is why genetic diseases can run in families.

Other mutations are acquired. These are mutations that happen in a cell after fertilisation and so will only be present in the subset of cells that derive from that cell.

There are two important clinical situations that arise from this:

Where a genetic error occurs early on in embryonic development, the result is mosaicism, where there are two distinct genetic cell lines in the body.

This may cause a person to manifest a milder form of a genetic disease (or sometimes a disease that would have been lethal if the mutation were present in all the cells), or to manifest the condition in a patchy distribution. 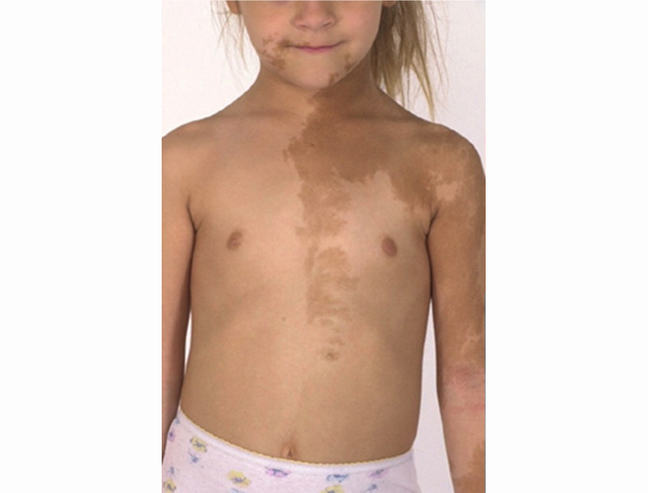 Figure 1: A typical lesion on the face, chest, and arm of a 5-year-old girl with McCune-Albright syndrome which demonstrates jagged “coast of Maine” borders, and the tendency for the lesions to both respect the midline and follow the developmental lines of Blaschko Click to expand
© “McCune-Albright syndrome. Claudia E Dumitrescu, Michael T Collins. Orphanet Journal of Rare Diseases (2008). Licensed under CC BY 2.0

Where these mutations occur only in the somatic cells (the cells other than the sperm or egg), we call this somatic mosaicism.

Somatic mutations cannot be passed on. However, where a mutation affects the sperm and eggs with or without other somatic cells (gonadal or somato-gonadal mosaicism), the mutation can be passed on to future generations. This situation is very complex. It is impossible to know what proportion of the germline cells are affected and therefore to quantify the risk to offspring.

We will focus more on cancer development in the next section. However, in brief, replication errors are common and everyone will acquire mutations in their body cells at some point. They can be caused by environmental factors such as ultraviolet radiation or can occur if a mistake is made as DNA copies itself during cell division.

Usually, this doesn’t cause a problem. However, where a particular cell acquires mutations that cause it to ignore the usual signals that control cell growth and cell death, it can then grow out of control. This is what we understand as cancer.