This content is taken from the University of Exeter's online course, Understanding Gender Inequality. Join the course to learn more.
View course
4.10 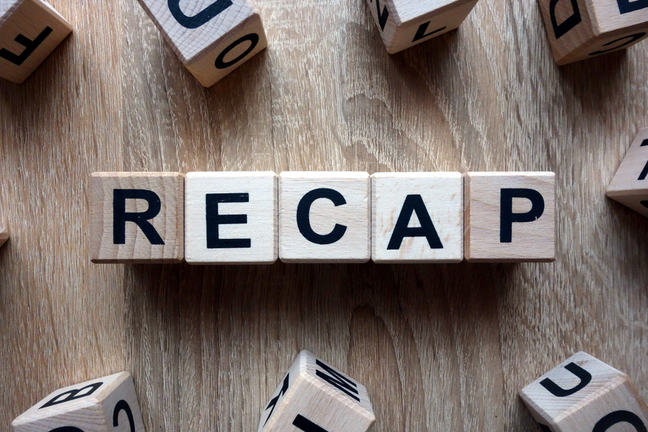 Summarising what we know so far

This week we have explored aspects of ‘action’ against gender inequality:

The purpose of this week is to go beyond ‘understanding the problem’ to thinking about ‘what can be done’ to tackle gender inequality. In doing so, we have considered what is being done (and why), how successful it is, what else can be done, and what the challenges are in implementing initiatives or changing practices to lead to a more gender equal society.

As well as the range of ideas presented in the videos and that will have emerged from the discussions it should be evident that whilst there are many initiatives that can be put in place, the complexities around achieving these mean that there are no easy solutions.

How gender inequality manifests itself will share differences as well as similarities across national and cultural contexts. This means that the priorities and appropriate actions may differ across contexts both in terms of what change is most needed and how best to implement this such that progress is most likely to be secured (i.e. the most effective means for achieving gender equality) and achieved safely (i.e. without risk to those seeking change). Where cultural practices strongly resist aspects of gender equality, some risk to those who take action may be hard to avoid. This could range from an impact on their career progression or acceptance in the community, to threats to personal safety.

While it may be relatively easy to agree on the fact that the different state of gender equality may lead to different immediate priorities (we might all agree that where there is high levels of violence against women, or limited access to education that basic education and safety would be a more immediate concern for action than other concerns, such as the number of women on boards at that time), we might not find it so easy to agree that what counts for equality, or what equality should be striven for, is relative to the context. In other words, in certain cultural or religious contexts one might construe gender equality in different terms and aim for different manifestations of equality. For those who consider equality to be absolute, the idea of partial or compromised equality may be difficult to accept. But for those who see the need to respect different beliefs the need to view gender ‘in context’ it would be essential. The challenge here parallels arguments found in applied ethics that have to navigate between absolute forms of ethics (where the argument may be ‘thou shall never..’) and relative forms (where the argument is ‘it depends..’).

Depending on your own beliefs, you may take a different stance on this question, but it raises important questions about gender equality when understood globally. Despite the position of trans-national organisations such as the United Nations on the importance of unequivocal gender equality as a fundamental human right, some countries have laws and customs that discriminate against women that are grounded in long standing religious or cultural beliefs and practices. How can we achieve gender equality in contexts where deeply held beliefs challenge gender equality?

It can be difficult to change laws, and to change specific practices. But it is even harder to change beliefs and attitudes. For sustained change, it is the latter than needs to be tackled, requiring education and understanding. This tends to take more time and require more reinforcement. This process of ‘shifting mindsets’ goes beyond making changes to getting people to recognise why these changes are important and to accept and agree that change is necessary. This shifts changes beyond token behavioural compliance (which is more likely to lapse or remain minimal) to a more engaged and forward-thinking approach where people recognise more problematic practices and seek out new ways to achieve gender equality. In other words it is not just a change in laws, policies and even actions alone that will secure long-term gender equality. There also has to be a change in thinking.

Examples of more successful action on gender equality – certainly those that receive more attention – tend to be the collaborative endeavours. The trans-national organisations, comprising multiple member countries, or even the social media campaigns that draw in many voices, benefit from the momentum and scale for their impact. However, this should not divert us from considering what individuals can achieve (after all, social media requires a series of individual acts that become the whole).

In 1949 Simone De Beauvoir wrote ‘The Second Sex’, a text that has been foundational for much of the feminist movement in its exploration of the social construction of womanhood. Many other feminist authors have followed in her footsteps and have played a key role in shaping the feminist movement, such as Betty Friedan with her 1963 book ‘The Feminine Mystique’. More recently Malala Yousafzai, the Pakistani girl who had to fight for her right for an education, has played a prominent role in fighting for equal education rights more widely. There are many celebrities and successful political or business figures who have played notable roles in bring gender inequality into sharp relief too. But individual actions are not limited to those who have the world’s attention upon them.

In Bangladesh it has been reported that a bride, Khadiza Akter Khushi, and groom, Tariqul Islam, broke with tradition when Khadiza walked to her future husband’s home to get married, where tradition dictates that it is the groom who makes that journey. They faced condemnation from some, and earned praised from others. For Khadiza this act was a matter of women’s rights.

And women will go to extreme lengths and take risks to secure women’s rights, such as the founder and editor of the Afghan radio station Radio Roshani, Sediqa Sherzai. As recently reported by the BBC, Sedqia has faced threats and had her station fired at and destroyed by the Taliban. Her radio show includes phone-in programmes on women’s rights and employees of the station believe that with some men also listening it is beginning to change attitudes.

Everyday acts by everyone – whether reviewing and reflecting on your own thoughts and behaviours or calling to their attention the discriminatory behaviours of others – can also make a difference. By shifting your own mindset and calling out inequality in others, incremental changes can lead to more significant changes. They also help to embed longer lasting change.

Recognising it is a multi-layered, multi-faceted challenge

The challenges are not just the ‘big picture’ concerns – such as belief systems, discriminatory laws and practices. The challenges also exist in ourselves. Even the most feminist- or equality-minded individual will admit to slipping into stereotypes and assumptions. And this shouldn’t be such a surprise. We are all the product of societies imbued with unequal and discriminatory practices and stereotypes. Much of this is socialised from an early age and sustained throughout our lives. It is also often communicated via humour which simultaneously makes light of gendering (making it difficult to challenge by ‘taking it too seriously’) and reinforces the stereotypes that underlie the meaning of the joke.

It will also be apparent that change in one quarter – home, society, work etc. – will not lead to sustained change unless complemented by change in others, as they are overlapping and mutually reinforcing. Efforts have been made over many decades, particularly led through respective feminist movements to achieve gender equality. In some, more targeted cases, equality has been achieved for most women (e.g. voting rights) but in other areas inequality persists, so it’s worth reflecting on what has been achieved, and what change has proved harder to secure to highlight where the barriers and resistance are located (and reflect on why that might be the case, recognising that it may differ between contexts). This will help you evaluate actions to tackle gender in equality, recognising the need to consider carefully both the idea (how will this action change things? What are the unintended consequences? (etc.)) and its implementation (who will champion the idea? How is buy-in achieved? (and so on)).

Since much of this course was written there have been new initiatives and debates that tell us that the desire to tackle gender inequality is alive and well. For example, there has been recent discussion of the need to educate and provide guidelines for employers so they are better able to support women during menopause, which can have an impact on their wellbeing and performance at work. In the UK we will have our first ‘locum MP’ who will standing in as maternity cover for a pregnant MP to cover her constituency work whilst she is off on leave. The UK Parliament is also monitoring, and increasing, the number of women who act as expert witnesses to goverment commitees that review and scrutinise governmemt policy (known as select committees), extending the influence of women over government policy. There are lots of things happening, but more needs to be done.

I hope you have enjoyed this course and have learned something about gender equality. I also hope that you have found the discussions fruitful and will leave with lots of ideas regarding what can be done to tackle gender inequality. But I also hope it can lead to some practical outcomes that you can either champion, or action directly. Before the end of the module you will be asked to explore, evaluate and prioritise different options for achieving gender equality.