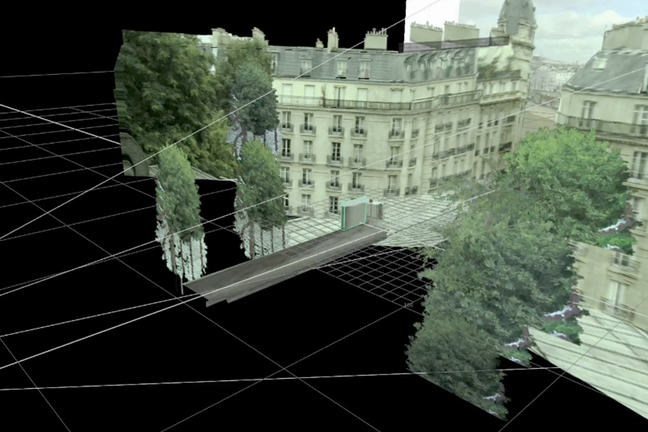 We invited ‘Compositing Coach’ and MPC Training Lead Ian Murphy to give us a personal potted history of 3D compositing, and introduce some great videos you must see!

Hi. My specialism has always been VFX film compositing and I’m now leading at MPC on building a training programme in compositing across all of MPC’s film studios. Below, is a tour of 3D compositing with (hopefully) some interesting examples found during my time teaching film compositing.

Artists and animator working on flat pictures have always wanted to gain the benefits of working with depth. The multiplane camera was an idea that Disney came up with. Here is Walt himself to explain how it worked. If you’re in a rush, you can start 2.40 minutes into the clip.

In live action ‘special effects’, film makers were using ‘motion control’ cameras to shoot elements that could be layered together in post-production long before the digital revolution erupted. The layers of the repeated movement with different objects (or ‘passes’ as they were often called), would always be in synchronisation in terms of the camera move thanks to the mechanics. This video directed by Spike Jonze demonstrates this. A motorised camera move is repeated once with the skateboarders on green boards, and then again without the skaters in the picture.

3D Compositing allows you to have interesting camera moves. In 2D compositing you can’t move in or out of the scene unless that’s what was originally filmed. It’s like utilising multiplane animation and motion control techniques all at once. The ability to replicate a live action camera and digitally re-shoot a manipulated section of the scene is a bit like going back in time to your shoot with a paintbrush to remove unwanted things or add new objects!

This clip of Shervin Shoghian, Compositing Supervisor from Image Engine in Vancouver is particularly good at showing how 3D compositing can be used, walking through the clean-up work they did on sci-fi film District 9 (2009).

One of my favourite VFX ‘art’ films ever is a film by Fernando Livschitz of Black Sheep films in Brazil. In the VFX short Buenos Aires Inception Park Livschitz photographed fairground rides, rotoscoped and separated the moving rides from their structures, and added new camera movement by copying the movement of his virtual 3D camera on to the building images, sandwiching the rotoscoped rides in between Buenos Aires architecture to enhance the illusion. This is a clever idea which takes the Disney multiplane camera idea and applies it to live action with lots of rotoscoping to make this surreal idea work. It’s also clever to include the reaction from onlookers to support the illusion. He also added the additional nice touch of the camera seemingly ‘finding’ focus by animating a ‘defocus’ filter on the layers at certain points.

Over ten years ago Buzz VFX were using “digital image projection” in 3D, contributing to The Eternal Sunshine of the Spotless Mind (2004) This breakdown shows you more.

Image projection essentially allows for an augmenting of what was already there by collaging or painting onto live action and then projecting it back into the 3D composited scene. The beauty here is that your virtual camera (which through the process of camera tracking replicates the exact movement of the live action camera) literally re-films the scene with the new projected image in it. As if by magic the new addition of architecture or an object moves exactly the same way as the plate does and so can be seamlessly composited.

Creating background sets digitally is big business. Stargate studios got into re-creating US cities as ‘digital backlots’ for TV shows because originally after 9/11, many actors didn’t want to fly across the US. The actors were shot in their location and Stargate created backgrounds by re-projecting photographs of buildings into the 3D compositing environment as you can see here. The VFX used in the HBO TV series ‘Boardwalk Empire’ similarly created a lot of the sets seamlessly in this way too.

So what does all this mean for Guerrilla filmmakers? I worked with a filmmaker who had a project in development that needed to be shot in a couple of locations. He thought he’d have to move actors and crew from one location in England up to Scotland and then feed and find accommodation for all of them for fourteen days. Using green screen and creating environments using 3D compositing meant that a location nearer to home could be made to look like Scotland at a fraction of the cost of going to the location for real.

In my opinion, Guerrilla Filmmakers are still often under the misapprehension that VFX is expensive. Certainly creating full CGI objects are – but I’d say with a bit of insight, 3D compositing is a great way to create or augment things in the background of your shots if you are on a budget (or don’t want to travel far)!