Where is visceral leishmaniasis found and what is the burden of disease?

This step gives an overview of where VL is found with some associated publications that can provide more details on numbers of cases and a more comprehensive breakdown of incidence in individual countries where VL is endemic. The burden of disease to both patients and their carers is also addressed.

Maps are courtesy of WHO

Map 1 shows the number of VL cases reported in 2013 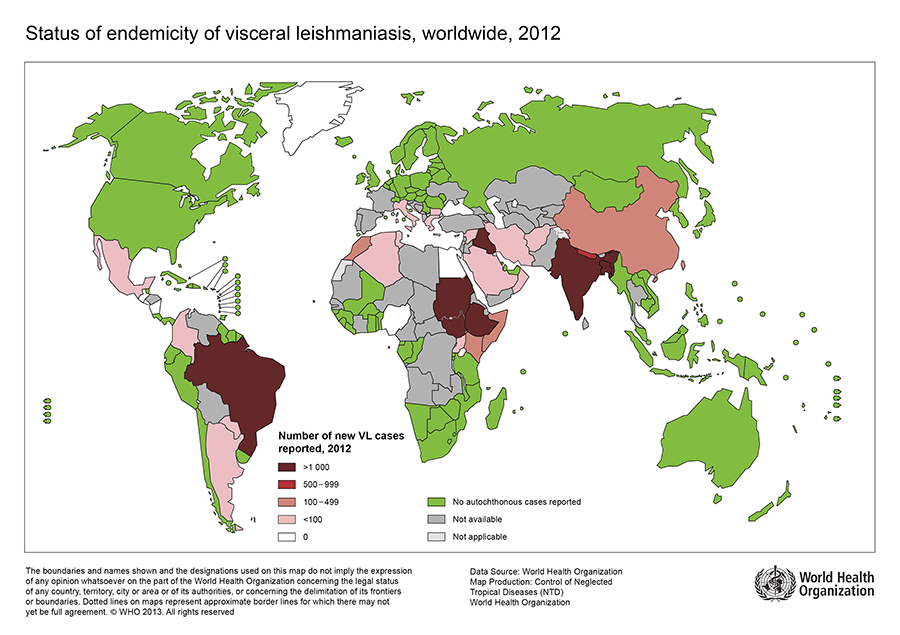 Map 2 shows the number of VL cases reported in 2015 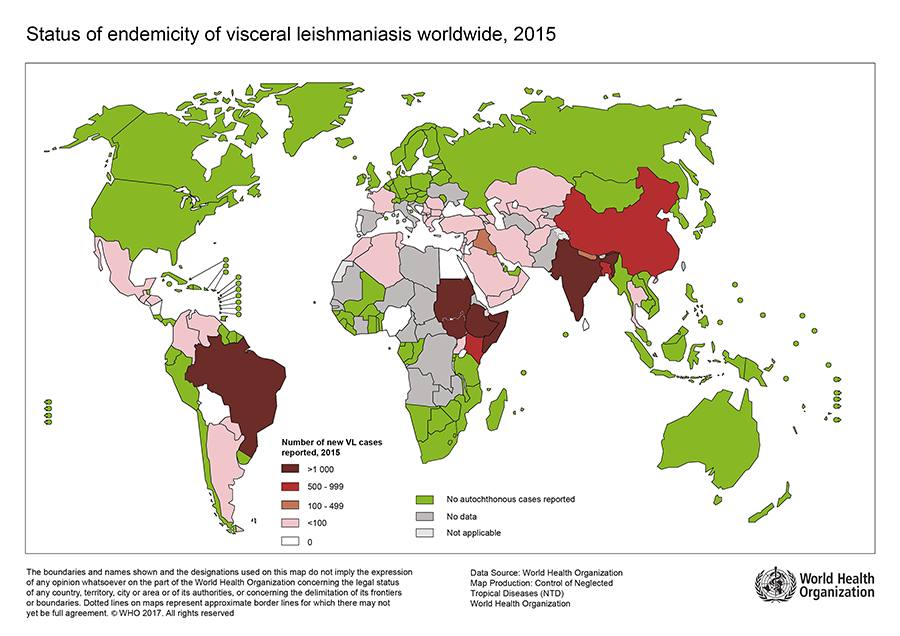 Visceral leishmaniasis is broadly distributed throughout the tropics, along with the presence of sand flies that are competent for transmitting Leishmania donovani and L. infantum[1]. In 2014 the vast majority, 90%, of new cases reported to WHO occurred in just 6 countries – Brazil, Ethiopia, Somalia, Sudan, South Sudan and India.

There are a number of online resources that collate data from specific regions. This makes it possible to look at changes to VL case numbers through time. For example, in 2008, 1090 VL cases were reported in the Middle East [2]. In 2012, the WHO conducted a large scale review of the worldwide incidence of VL, where the data was available[3] – there were a reported 9936 new VL cases in the Eastern Mediterranean region alone, with most of these found in Sudan and South Sudan. More recently, in 2015, there were 3,456 cases of VL reported in the WHO Americas region, most of them in Brazil[4].

Visceral leishmaniasis places a heavy burden on both people and populations. The disease places a significant clinical load on patients due to the challenges of its management and treatment. There is also an economic burden on those affected and their families. Disability-adjusted Life Years [DALYs] are an often-used metric to describe burden of disease[5] but this does not take into account the economic impact of visceral leishmaniasis. 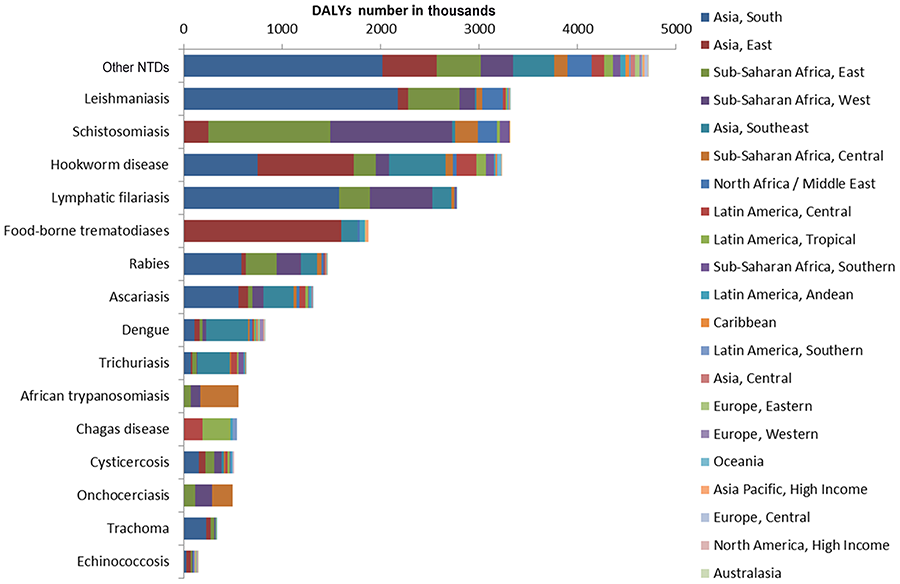 In some countries the time it takes to reach a health care facility that is able to diagnose VL means that patients and their carers are away from home for long periods, with a significant impact on family income, especially if the provider of the household is incapacitated. In many VL-endemic countries treatment is free at the point of care, but costs are inevitably incurred due to travel to a treatment centre and provision of accommodation and food away from home. These costs are frequently met by borrowing money or selling assets, e.g. livestock, which can have catastrophic consequences to already vulnerable people.