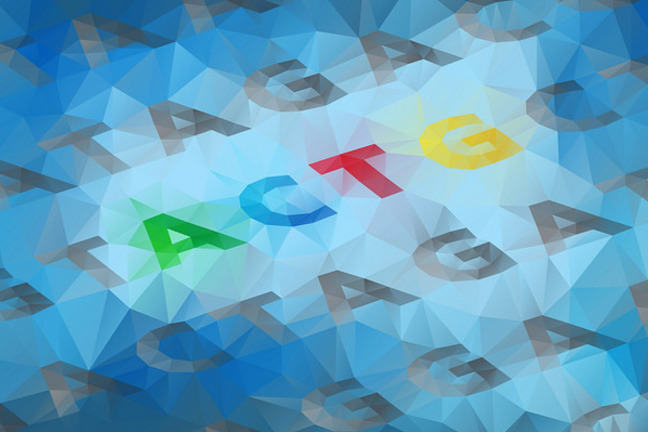 The concept of autonomy is important in genetic counselling. It refers to an approach where people are free to make their own choices and are being given the necessary information. It is linked to informed consent, but it is distinct from it.

The process by which dominant alleles show their effect even if there is only one copy in the genome.

The process by which recessive alleles show their effect if there are two copies. People who have one copy are not affected but are ‘carriers’ of a condition. Cystic Fibrosis is an example of a recessive condition.

A structure in our cells made of a long DNA molecule wrapped around a protein scaffold. Most of the time humans have 23 pairs of chromosomes.

A genetic condition that affects multiple systems, especially the lungs and digestive system. It causes organs to become clogged with a sticky mucus. It is caused by pathogenic variants in the gene CFTR.

A long molecule that contains our genetic code. The code is made up of four molecules: adenine (A) guanine (G) Cytosine (C) and thymine (T). This is the basic ‘alphabet’ of our genes.

A section of DNA that acts as instructions to make molecules called proteins.

An organism’s complete set of genetic instructions. Each genome contains all of the information needed to build an organism. The human genome is approximately 3 billion base pairs long.

An inherited condition that affects the brain. HD is a progressive condition, i.e. it gets worse over time. There is currently no way to stop this progression. HD can cause problems with movement, swallowing and behaviour. It is inherited in an autosomal dominant pattern.

This refers to a patient or research participant who has been given enough information to understand the risks and benefits of genetic testing.

This is a procedure where the egg and the sperm are combined outside the body. This creates an embryo which is then put back into the womb.

A change that occurs in a DNA sequence. In the clinical genetics context a mutation refers to genetic changes that cause disease. The term ‘pathogenic variant’ is preferred.

Polygenic risk scores are an emerging type of genetic test. A polygenic test looks at a number of genetic variants. Each variant only has a small effect. However, if you add them all together they can have a larger effect. They may be useful in healthcare. For example, a polygenic risk score could help give someone information about their cancer risks.

This is a form of in vitro fertilization (IVF). However with PGD there is an extra step. Embryos can be screen for a certain number of genetic conditions. Only those unaffected are taken forward for IVF.

Large molecules made of amino acids that are an essential part of all living organisms.

Relating to the treatment of emotional disorders through psychological (rather than medical) means.

Aspects of mental health that involve both psychological and social aspects.

A test that looks at the whole genome. In other words it determines the entire 3 billion genetic ‘letters’ that make up an individual’s complete DNA sequence.

Some gene are found on the X chromosome. Women have two X chromosomes, whereas males have one X and one Y chromosome. Generally (with exceptions) men are more seriously affected by X linked conditions while women are carriers and may only be mildly affected, if at all.

A downloadable PDF of the glossary is attached at the end of this page.