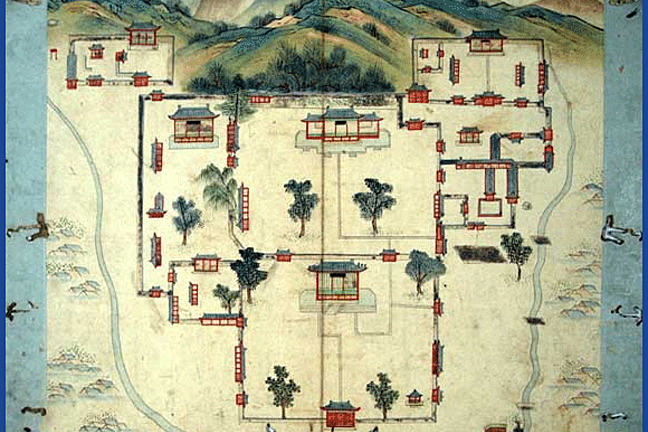 The origin of the name "Sungkyunkwan" has a deep history beginning from an ancient Confucian concept to the Yuan (Mongol) occupation of Korea. Let's find out how this came to be.

In the video in 2.4, I introduced the word “Sungkyun” as an adaptive innovation in Korean philosophy.

As I’ve stated, Koreans had adapted the term as a way to express the unique identity of the Korean educational ideal. Let’s look briefly at the history of this term, and what exactly made it such a ‘rebellious name’.

When Goryeo Korea dynasty was under the Mongol-ruled Yuan dynasty in the 13th century, the Yuan empire mandated that all official government institutions of their vassals be renamed to inferior titles to the empire’s own. In a difficult situation where you have to choose names that will keep your pride without getting on the empire’s nerves, the Goryeo people chose to adopt the name “Sungkyun” as a name of their highest educational institute. The name itself was sourced from ancient Chinese classics, which classical scholars claimed its use as the name of an imperial college in early China, while modern literature analysis sees that “Sungkyun” is a musical metaphor used in the Confucian ideals of moral perfection. Either way, the term “Sungkyun” evidently did not comply with the Yuan rules. Surprisingly, this relabeling of Goryeo’s educational institute was not prohibited by the Yuan empire.

We can only guess as to why the Yuan empire allowed such a name that clearly flouted their own rules. It is possible that, by that point in history, the term “Sungkyun” had faded so deep into antiquity that it was not relevant enough to the Yuan empire for them to understand the ancient meaning of the word. Perhaps it was simply an oversight. All we know now is that the term “Sungkyun” has lost its currency in contemporary China, while it is seen as a part of Korean culture. We can thus see the adaptive innovation present at this naming. “Sungkyun”, an ancient concept in early Confucianism, was assimilated into Korean culture by its use as the name of the highest educational institute in an innovative move by the Goryeo Koreans. “Sungkyun” has since been recontextualized as a Korean educational ideal which symbolizes the perfection of an individual who is able to harmonize one’s own life with others.