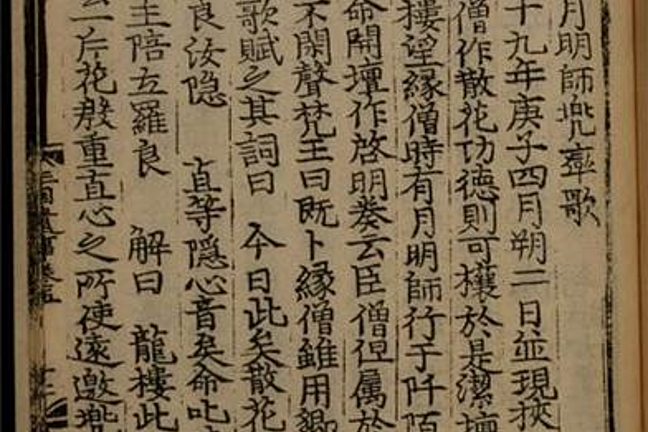 There existed alternative Korean writing systems to the Chinese written language, Hanmun, in the past, although they merely borrowed and modified Hanja, Chinese character.

© The Academy of Korean Studies

In the video in 2.6, I mentioned that there actually were Korean writing systems prior to Hangeul, namely, Hyangchal, Gugyeol and Idu.

As the grammatical structure of the Chinese and Korean language were fundamentally different, these systems were necessary to fully transcribe Korean. These were transliteration systems, which map the sounds of Korean vernacular language into writing systems which borrowed Chinese character, Hanja. However, given that the Chinese characters themselves were what made it difficult for the common folk to become literate, these systems were reserved for a select few. I’ll briefly describe these systems which predated Hangeul.

This system gave Chinese characters a Korean reading based on the syllable of each character, and was used to transcribe the Korean language. Hyangchal is best known as the method Koreans used to write vernacular poetry and songs (Hyangga): not only was it popularized in Silla, but even used till the Goryeo Dynasty.

Where the other systems aimed to transcribe the Korean language faithfully, Gugyeol was more of a guide on understanding classical Chinese texts through Korean grammar. It saw the use of specialized markers, modified Hanja, between Chinese characters and phrases, to try and render the “Subject-Verb-Object” order of Chinese text readable to the Korean “Subject-Object-Verb” structure. Gugyeol saw use in translating Chinese classics even till the Joseon Dynasty, and occasionally sees use in contemporary Korea.

Idu was similar to Hyangchal in that it used Hanja to represent certain Korean words. Developed by Buddhist monks, it allowed for Korean words to be recorded using their approximate sounds or meanings in the Chinese written language. It mainly saw use among the upper-middle class with occupations such as administrative officials.

Given that these writing systems developed for expressing Korean were difficult to teach and learn, literacy was basically reserved for the middle to upper class, leaving a large majority of the nation illiterate. These social issues are what necessitated the invention of a writing system made directly for the Korean language, able to convey its grammar while being able to be taught to the masses.