Find out more
Home What connects deforestation and COVID-19?
Published on May 15th, 2020

Explore the link between the destruction of forests and natural ecosystems and the emergence of new diseases in humans. 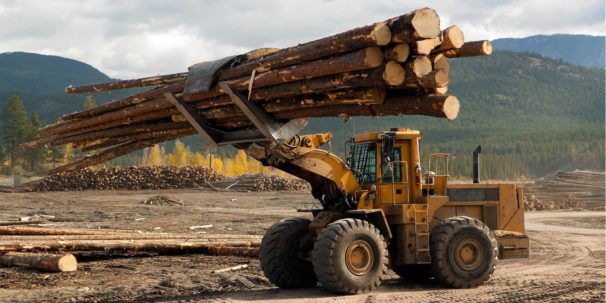 There have been many widely publicised factors behind the spread of the COVID-19 pandemic: the use of live animal markets, government policy to contain the spread once the virus arrived, global air travel, to name a few.

However, one key factor that may also have contributed to the emergence of the virus has been somewhat overlooked – deforestation and the destruction of natural ecosystems.

The loss of forest is an issue that predominantly affects tropical areas, regions with the highest biodiversity on Earth.

In 2018 alone, 30 million acres of tropical rainforest were destroyed, with more than a third of the Earth’s land now being used for agriculture, a process that involves the clearing of woodland to create pasture.

Where is deforestation happening?

Much of this loss has been focussed around the Amazon, a rate of destruction that has only increased in recent years with policy shifts in Brazilian government – 3,769 square miles of Amazonian forest cover was lost between 2018 and 2019.

However, it is Southeast Asia that has seen the greatest rate of forest loss of anywhere in the world, losing 30% of its forest surface in the last 40 years.

Coupled with huge population growth – with the region’s population forecast to rise by almost 250 million by 2030 – human settlements are increasingly coming into contact with animals that had previously been naturally contained in woodland habitats.

What are the effects of deforestation?

This isn’t just a case of creatures being forced to ‘flee’ destruction. The ‘borders’ that demarcate human settlements with newly-destroyed forest are actually attractive to animal life.

For example, the mosquitos that carry malaria (Anopheles darlingi) thrive in the puddles and pools in by the roads that are cut into woodland during deforestation.

The malaria infection rate in Brazil has been shown to be linked to logging in the Amazon; control efforts brought annual malaria numbers down from 6 million in the 1940s to just 50,000 by the 1960s, with the numbers rising ever since. Bats, meanwhile, like to live near human habitation because electric lights attract the insects they feed on.

The increase of disease linked to deforestation and increased contact between humans and tropical animals speaks to the risks involved when ancient natural ecosystems are disrupted.

HIV – which has killed 40 million people worldwide – was started by humans eating bush meat (likely chimpanzee) after encroaching on the Cameroonian jungle. Ebola virus jumped into humans from fruit bats attracted to human fruit fields, while the Zika virus spread across the world after finding a host mosquito that thrived in urban areas.

Moreover, in these ‘disturbed’ new environments created by deforestation – where normal ecological rules have broken down – animals can come into contact with each other that have never previously met.

Viruses can spread from one creature to another, finding an intermediate host that lets them mutate, before jumping to humans. This was the case with Middle Eastern Respiratory Syndrome (MERS) – which lept from bats, to camels, and then humans.

How did coronavirus start?

There are scientific theories that propose that SARS‑CoV‑2 spread from bats to pangolins – the world’s most trafficked mammal – before settling on humans; although it isn’t currently clear what the intermediary animal was – or if there was one at all.

Prof Stanley Perlman, an immunologist at the University of Iowa, told the Guardian that pangolins are “are not proven to be the key intermediary”, although he does believe there was one.

Although we are too early into the coronavirus pandemic to say exactly how the virus started, we do know it very likely originated in bats and spread to humans somewhere in China.

Bats are ‘reservoirs’ of viruses, possessing strong immune systems that let them harbour multiple coronaviruses without displaying symptoms. Some estimates suggest that bats may carry as many as 3,000 coronaviruses.

The need to protect ecosystems

This mixture of circumstances – deforestation of natural habitats, human population growth, and inter-species animal contact – is a grave health risk for human society.

Even before COVID-19 wreaked havoc with the global economy and national health systems, scientists were warning of the risks posed by deforestation. A group of European scientists cautioned in 2018 that, “the probability of occurrence of the risk [of pandemic] is increasing owing to environmental change and higher environmental pressure.”

There are many lessons that can be learnt from the spread of COVID-19. However, if this is to be the last virus to jump from animals to humans, ensuring the protection of natural ecosystems is key to possibly preventing the pandemics of tomorrow.

If you’d like to learn more about the importance of ecosystems, join Deakin University’s new short course ‘IUCN Red List of Ecosystems: The Global Standard for Assessing Risks to Ecosystems’, or explore our wide range of ecology courses.