What makes a manager? In this post we look at a few fictional examples of classical management styles. 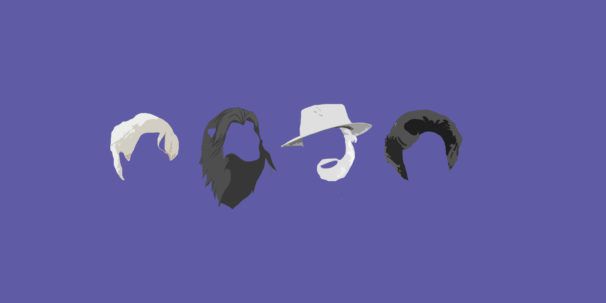 With her dictated orders and high expectations of employees Miranda Priestly is a classic autocratic manager. She does not want or expect feedback from her staff, she is in full control of the situation at all times and delivers punishment with little remorse if her employees do not perform as expected. 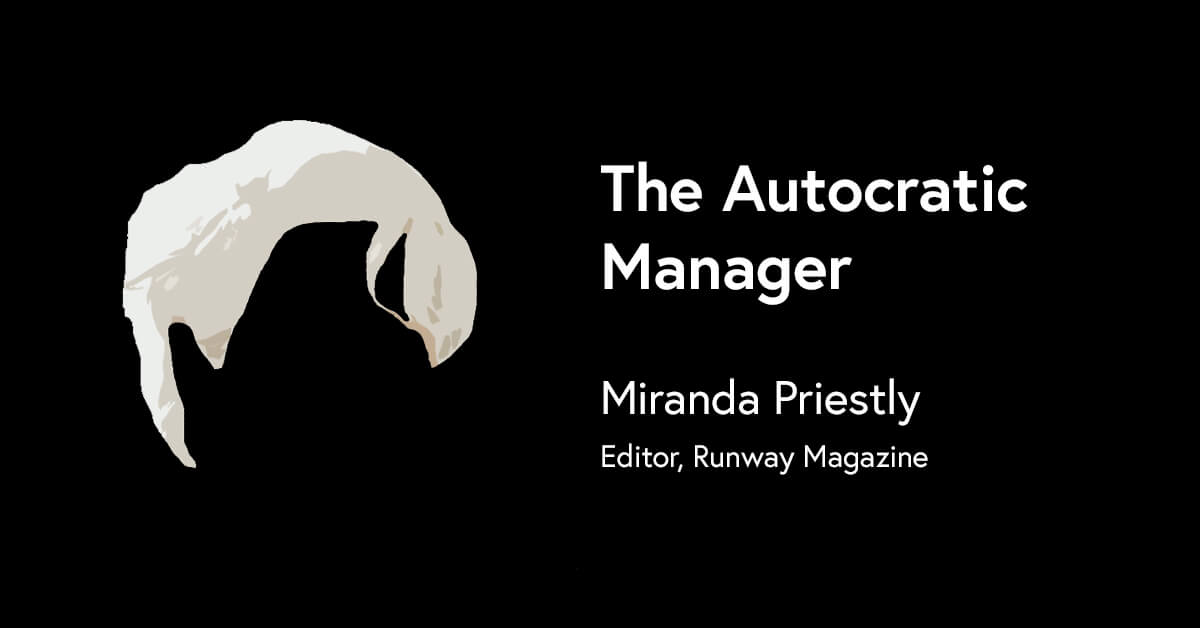 Other examples of more autocratic style managers and leaders:
The Queen of Hearts (Alice in Wonderland), Sauron (Lord of the Rings)

Ruling not so much with an iron fist as a paper one, Professor Dolores Umbridge ascended to power at Hogwarts on a wave of forms, rules and regulations. She exhibits much of the behaviour of a bureaucratic manager: she believes above all in procedure and compliance and does things by the book. Professor Umbridge however shifted to more of an autocratic style when she began to make up a book all of her own. 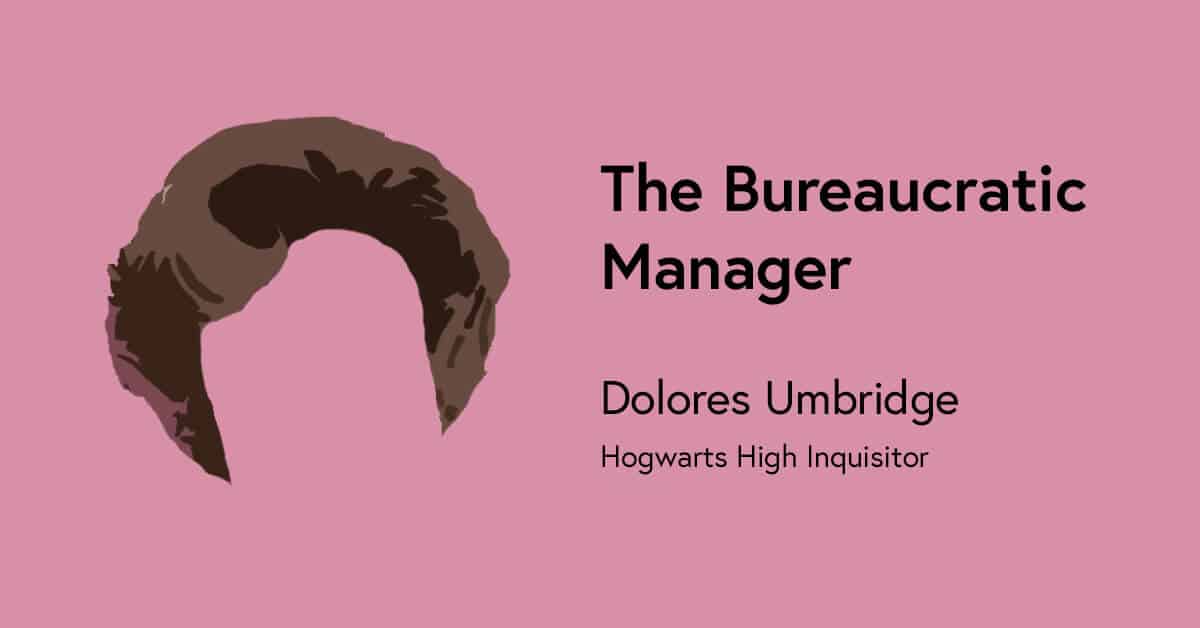 The most ‘hands off’ of our fictional managers, John Hammond is a great example of a laissez-faire manager (at least to start with). These types of managers set tasks and deadlines but often offer minimal direction – they leave the power in the hands of the employees. Take for instance John Hammond giving the scientists sizeable funding, letting them get on with the park and then dropping in for a surprise visit. It’s worth noting a ‘hands off’ approach may not be the wisest choice when managing a park full of dinosaurs.

Simba, Leader of the Pride – democratic

It’s no small task being a successor (especially when you’re following on from Mufasa). Simba, unlike his more autocratic father, pursues a more democratic style. He listens to advice from Nala, Timon and Pumba, keeps them informed of his decisions and gathers information from the wider team – in this case the team being a mystic mandrill and a deceased father appearing in the clouds. When he finally takes the stage as head of the pride his team even join him on Pride Rock. 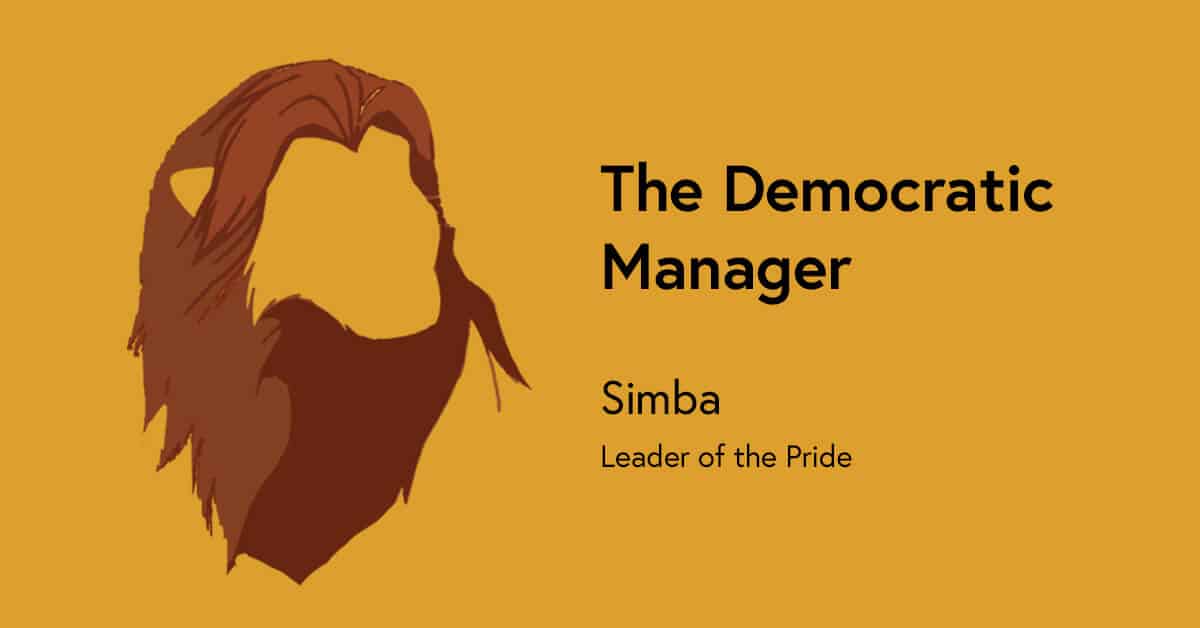