In this post we share a few of our favourite entrepreneurs, why we admire them and courses to help you develop your own entrepreneurial skills. 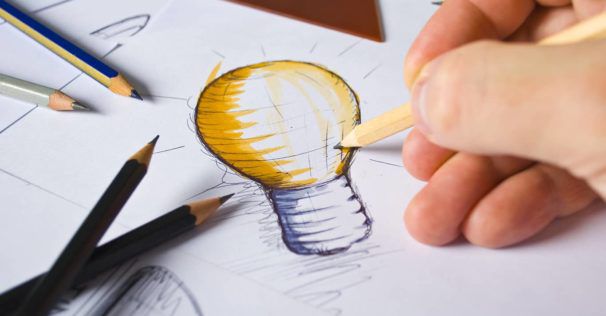 Hair colourist Shaun Pulfrey was mocked by senior business figures when he appeared on British TV show ‘Dragon’s Den’ with an unusual looking hairbrush designed to detangle hair painlessly. Each of the business leaders on the show turned down his request for investment. Unfortunately for them, almost a decade later, Tangle Teezers are sold in over 70 countries. In 2015, the company reported a turnover of over £23 million.

Computer science can often seem opaque, putting potential coders and engineers off what could be a rewarding and interesting career. Luckily Amy Bibwo is on hand to help demystify computer science. Her ‘zines are aimed at people who might not have considered coding before. Using clever stories and hand drawn art these zines break down typically complex concepts, to help get young people, particularly young women, excited about computer science.

Primarily known for her writing, Naomi Alderman might seem like an unlikely addition to our list, but she’s also the co-creator of the running app (and phenomenon) Zombies! Run! The app improves your fitness by having you run away from zombies through all sorts of different storylines. It tapped into people’s desire to improve their fitness in a fun (and scary) way – when it launched it became the the highest grossing fitness app on Apple’s app store.

Continuing on the running theme, next up we having the founder of a worldwide grassroots sports movement Paul Sinton-Hewitt, creator of Parkrun. Parkrun is a free, timed 5k run that takes place in parks all over the world. Sinton-Hewitt founded it in 2004 looking for a more easy-going alternative to club running. 10 years later, Parkrun has a community of over a million runners and happens in 543 parks worldwide. You can read more about how it got started here.

“Find out more about becoming an entrepreneur”