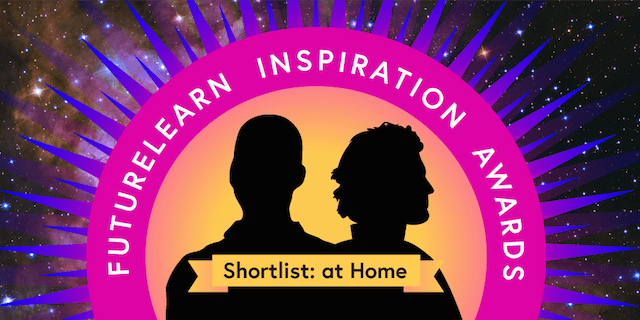 In this category, we asked FutureLearners to tell us about the friend or family member who has been their rock this year, always there to tell them “You can do it!” and share the load. Here are our five shortlisted nominations:

Ana: a maid in Honduras, nominated by her employer Carmen 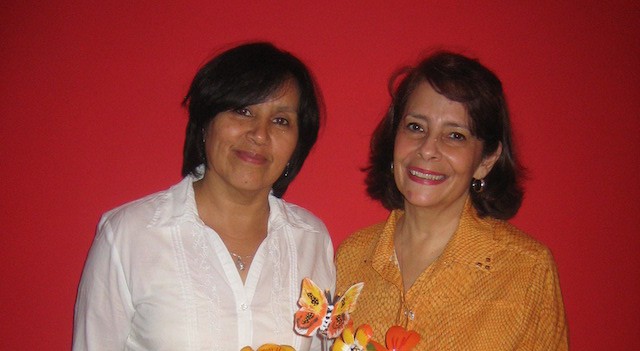 Carmen (right) says: “Ana is my maid. This year she accessed the internet through her phone. This opened a whole new world to her. She became enthusiastic seeing how people were making flowers by recycling plastic bottles. Since then she has blossomed, she has become an artist!

“Ana is not aware of the impact she has had on me. I have always wanted to support arts in my country. This humble model has been a reminder to me that I must improve my knowledge, so that I can become an agent of change in the artistic arena in Honduras.

“Ana helps me by being herself in her passion. She is inspiring me to leave my comfort zone now that I am retired, and study something completely different from my professional life.”

Fouzia: a mother in Pakistan, nominated by her daughter Rosemeen 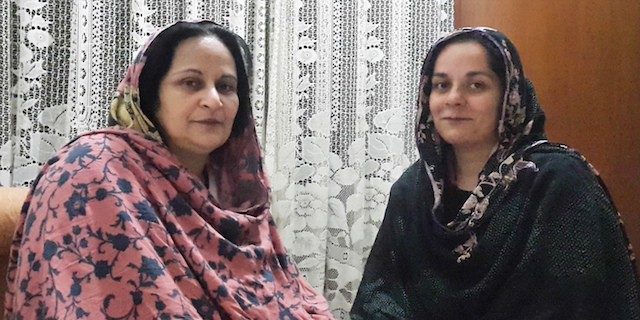 Rosemeen (right) says: “Hailing from the tribal area of Pakistan, my mother changed me and my sisters’ lives through her extreme love for education. She bore all the hardship – physical, mental, psychological and cultural – but her determination has got us to successfully complete our education, even Master’s degrees and PhD studies.

“Against all odds, she stood by her decision that her girls should be highly educated like men – she was deprived of education due to her early age of marriage. When we used to take a three hour journey to school, getting up at 4:30 in the morning, she would tell us that, as a reward, we will blessed with good education.

“She would invest all her income on our education and still does not leave a single penny for herself.”

Geke: a volunteer in the Netherlands, nominated by refugee Muath 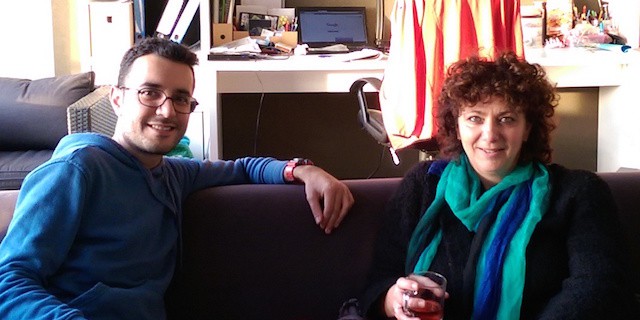 Muath (left) says: “Geke volunteers in the church next to the refugee camp where we stay, where they teach Dutch and give help for the people who need help.

“She told me about FutureLearn and sent me the direct link to the Introduction to Dutch course. She brought an electric cooker and some kitchen stuff for me and my friends in the camp to make food.

“Since I am an Architect and newly arrived to the Netherlands, I was telling her about my plans to learn Dutch and apply for a Masters program. She told me that she has friends who are architects too, and she is going to get advice about what I want to do. She also recommended UAF – a foundation which supports refugee students.”

Olivier: a student in Canada, nominated by his brother Clem 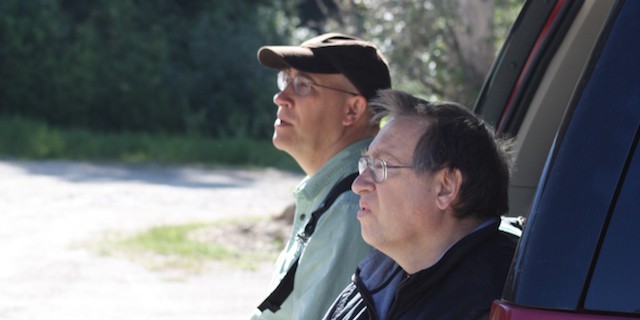 Clem (left) says: “My brother, though experiencing the difficulties that accompany living with schizophrenia, challenges himself to learn, grow and develop. Over the past year, Olivier embarked on a program of further education and enrolled in several courses.

“It was his enthusiasm that inspired me to enrol in Caring for People with Psychosis and Schizophrenia. I’m glad I did – it’s allowed me to take a fresh look at things, and provided me with new tools to apply to my situation.

“Olivier inspired me to remain enthusiastic about pursuing educational objectives. My brother led by example. Though he faced challenges in his day-to-day life, he never permitted them to interfere with his desire to improve his situation. That kind of willingness to engage with the future, and persistence to carry on despite facing obstacles, is infectious.”

Pippa: a mother and student in the UK, nominated by her husband Richard 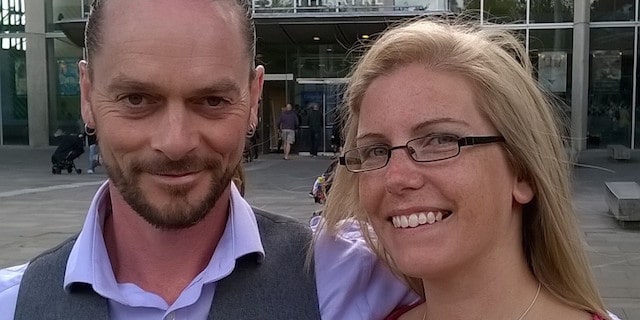 Richard (left) says: “My wife Pippa has, for the last few years, been studying with The Open University, as well as looking after me, our two boys and our autistic daughter, holding down a job and running a household.

“Now her degree has finished, she has signed up for more courses and inspired me to join her. She is, in short, superwoman!

“Having a daughter with autism is hard. We have very little free time, if any at all, yet Pippa still strives to better and educate herself and me. She has recently been studying mindfulness and every day she helps me with her new found knowledge. She has taught me relaxation techniques, how to focus better and how to study.”

We’ll be announcing more shortlisted entries every day this week. Come back tomorrow to meet the learners who were shortlisted in the Inspiration on FutureLearn category.