Skip main navigation
Home The importance of involving young people in society
Published on May 24th, 2017

In this post, Emma Taylor-Collins, part of the University of Birmingham team behind our new course Building Character through Youth Social Action, explains why involving young people in politics and society is so vital.

In this post, Emma Taylor-Collins, part of the University of Birmingham team behind our new course Building Character through Youth Social Action, explains why involving young people in politics and society is so vital. 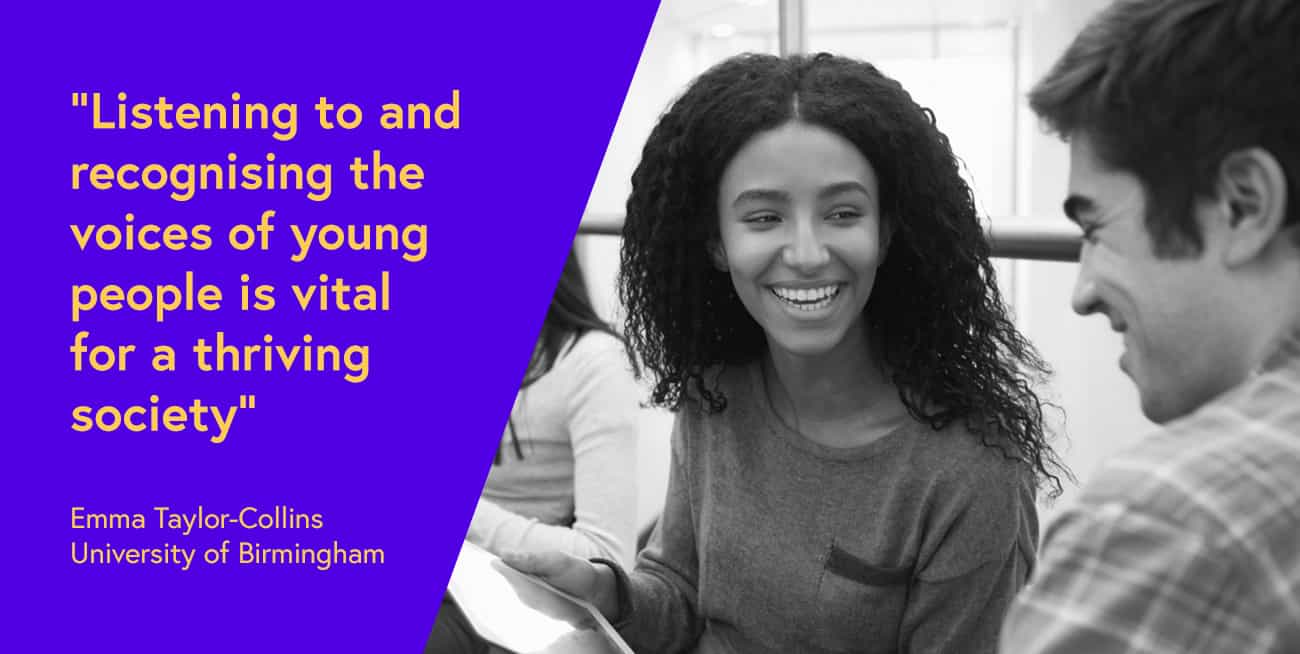 As we enter the last few weeks of an unusually short UK General Election campaign, there’s a lot of talk about citizenship and participation, particularly among young people. With 18-year-old Christopher Rimicans from Kilwinning in the running to become the youngest MP in 350 years, youth-focused Democracy Cafes springing up in major UK cities, and Kirklees Council considering a bid to pilot votes at 16, youth participation is becoming an ever more pressing issue.

And it’s not just about politics with a capital ‘P’. Youth participation stretches far beyond young people’s influence in Westminster, with youth social action – activities young people do to help others and the environment – becoming increasingly recognised as a means of improving our communities and developing character.

Listening to and recognising the voices of young people is vital for a thriving society. Not only does evidence suggest that involvement in social action provides young people with the skills they need to succeed in life, but it can also boost young people’s likelihood to vote, as this evaluation of City Year suggests, and can bring a significant return on investment, with youth social action provider vInspired generating £5.80 for every £1 invested.

The #iwill campaign, established in 2013, is a cross-sector, collective impact campaign aiming to increase participation in youth social action by 2020. With the support of over 700 organisations across education, business, the voluntary and public sectors, and cross-party backing, we’re confident youth social action will continue to be part of our national conversation during this General Election and beyond.

We’re excited to be collaborating with the #iwill campaign in our new course about youth social action. Focusing on youth participation, the course will explore how social action can change the lives of young people by building character and confidence, and has been designed for anyone with an interest in working with young people.

Learn why character and social action matters to society, and how organisations can work collectively to build character in young people through social action. Join the course today.