Find out more
Home What is antimicrobial resistance and why should we be concerned?
Published on December 21st, 2021

Category: Current Issues, Health, What is

Category: Current Issues, Health, What is

We look at what antimicrobial resistance is and why it could be a huge challenge in the future. 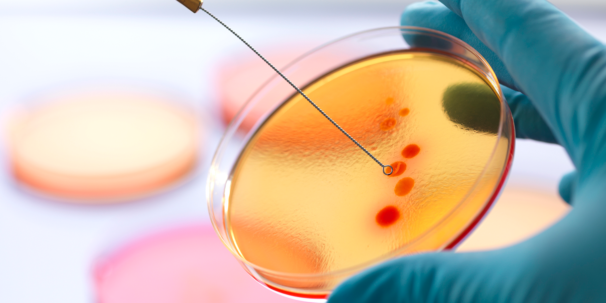 In the 21st century, humankind is faced with a range of crises, many of them of our own making. Among these challenges, the looming threat of antimicrobial resistance is surely up there with the most serious. According to the WHO, antimicrobial resistance is responsible for around 700,000 deaths every year. If no action is taken then the number is set to rise to 10 million by 2050.

This will impose enormous economic harm, as well as creating unimaginable levels of human misery. Clearly, this is a threat worth reckoning with — and urgently. So what is antimicrobial resistance, and what can we do about it?

Let’s begin by examining what antibiotics are, and what they do.

The history of antibiotics goes back a surprisingly long way. However, it wasn’t until relatively recently that scientists became aware of exactly how and why these substances prove so effective in treating certain diseases.

Extracts of mould have long been used in the treatment of infected wounds.

One moment in the history of antibiotics, however, stands out as especially significant.

Alexander Fleming’s discovery of penicillin was, like many earth-shaking breakthroughs, quite accidental. In 1928, he returned from holidaying Suffolk to discover that he had accidentally left his culture of Staphylococcus uncovered, thereby allowing it to become contaminated with the fungus, Penicillium Notatum, which had cleared away the bacteria wherever the latter had grown.

Here was an antibiotic which, unlike the alternatives available at the time, remained effective even when highly diluted. It was nothing short of revolutionary. The use of penicillin quickly became widespread, and pharmaceutical companies worldwide began to devote themselves to the battle against bacterial infection.

According to the popular website Science Heroes, Fleming’s discovery has saved around 200 million lives. The website also credits Howard Florey and Ernest Chain, with whom Fleming shared his Nobel prize. It also gives credit to Norman Heatley, whose work on the subject was underappreciated during its time.

While Fleming is the household name, these others were instrumental in applying the discovery to medicine. If any one of them hadn’t contributed, perhaps those 200 million people would have died prematurely, and the world today would look very different today.

With that said, there are downsides to our modern reliance on drugs of this kind, as we shall see.

Infection is a very broad term, describing any invasion of the body by microscopic, disease-causing agents called pathogens. Pathogens come in many forms, and they’re not always related. However, they’re usually divided into four categories: viruses, bacteria, fungi and parasites.

These organisms can be very, very different from one another, which means that we need to tackle them in different ways.

In the case of harmful bacteria, we usually use antibiotics — a substance that kills bacteria. In the case of fungus, it’s an antifungal. Problems can arise when patients fail to understand which drug is appropriate for killing each pathogen.

For example, attempts to treat virus-based diseases with antibiotics are always ineffectual. They can prevent the appropriate treatment from being administered and lead to a false sense of wellbeing. What’s more, they can have more harmful consequences in the form of antibiotic resistance.

What are antibiotics used for?

Antibiotics are used to remove bacteria suspected of causing disease. They’re applied to treat a very wide range of ailments, each with bacteria as its root cause.

Sometimes an antibiotic might be given pre-emptively to a person who is likely to contract a bacterial infection. This prevents harmful bacteria from using a single person as a breeding ground. It halts the infection before the carrier comes into contact with others and spreads the disease through the population.

What are inflammatory biomarkers?

Of particular interest to doctors treating bacterial infections are inflammatory biomarkers. But what are biomarkers, and what are they used for?

Inflammatory biomarkers are signs that evidence inflammation somewhere in the body. This tends to be revealed through blood tests, which measure the amount of protein being released into the bloodstream.

By studying the type and concentration of these proteins, doctors can form a diagnosis to determine what kind of infection is causing the overt symptoms.

How many kinds of antibiotics are there?

There are hundreds of different kinds of antibiotics. Antibiotics should be used appropriately since there are broader consequences to their use and misuse. Antibiotic resistance is among the most serious of these.

Antibiotic resistance gives us reason to hold back from administering these drugs for minor infections and ailments. This includes mild chest infections, sore throats and similar conditions.

Some of the most common conditions that require a range of antibiotics to treat are kidney infections and urinary tract infections. These drugs include ciprofloxacin, cefalexin, and trimethoprim. Managing the symptoms is often seen as a more urgent priority in these cases. However, painkillers, like paracetamol, can put the patient at ease while the body fights the infection.

What is antibiotic resistance?

Resistance is the major reason why antibiotics are no longer used to routinely combat infection.

What is antibiotic resistance?

Bacteria have adapted to thrive in a range of inhospitable environments, such as inside volcanoes and at the bottom of the sea. They’ve done this by adapting to the conditions in their habitats.

When we introduce antibiotics into a system, we create conditions that favour randomly mutated bacteria to become resistant to the antibiotic.

The more antibiotics we deploy, the stronger the pressure will become, and the more resistant the bacteria will be.

Why does antibiotic resistance matter?

The issue with this resistance is that it has implications for the way we treat serious infections. Suppose that we’ve treated hundreds of thousands of patients with antibiotics, even when their symptoms were mild. This will make the antibiotics we administer less effective. When we come to treat a patient whose symptoms are severe, it could make the difference between life and death.

Clearly, the medical profession has an ethical responsibility to resist prescribing antibiotics unless the facts of the case justify it.

Although doctors may prefer to focus on the welfare of specific patients, they are forced to consider the broader consequences for everyone in the country or the world.

For this reason, the profession as a whole must impose rules and guidelines to steer medical professionals away from antibiotic intervention in marginal cases.

How do bacteria become resistant to antibiotics?

Organisms adapt to their changing environments in different ways. Rhinos have thick skin and horns to deter predators, whereas gazelles have long legs and lightweight bodies for similar reasons.

The same applies to antibiotic resistance except that since bacteria replicate much more quickly than rhinos, it doesn’t take millions of years — the effects can take place during a single human lifespan.

Bacteria that resist antibiotics will do so in different ways.

Some will develop an outer membrane that selectively excludes the antibiotic. Others will produce pumps that flush the antibiotic from inside a given bacterium before they have a chance to take effect. Some will release special enzymes that destroy the antibiotic or disguise themselves so that the antibiotic no longer recognises the bacteria.

All of these are forms of immune response. Since the mechanisms are so different, it’s difficult to counteract them with pharmacological interventions. And even if we could develop better drugs to overcome each of these problems, we’d just end up creating another selection pressure.

Is MRSA resistant to all antibiotics?

Methicillin-resistant Staphylococcus aureus (MRSA) has achieved such notoriety because it can resist methicillin-based antibiotics. This makes it particularly difficult to treat once it’s been passed on to a vulnerable person.

Although it is possible to treat MRSA using certain specialised antibiotics, the better approach is to focus on preventative strategies such as hygiene in perioperative care, error reduction and social measures. Outbreaks in places like hospitals can be disastrous, so vigilance is key.

What does the future hold for antibiotics?

If antibiotic resistance is such a huge problem, does this mean that we need to do away with antibiotics entirely and find a different solution?

A problem comes from the profitability of developing new antibiotics. While research into novel treatments for things like heart disease and cancer might be commercially viable, the same can’t be said for antimicrobial treatments. Only a low volume of such treatments make the journey from basic research all the way through to clinical approval.

While we can’t rule out the discovery of miraculous new treatments by microbiologists, a better strategy might be a more sensible use of the drugs we already have. This will require co-operation between medical institutions across different states, as well as social and economic interventions alongside medical ones.

A potential way to manage this is for providers to charge a fixed price for the use of their drugs, even if those drugs aren’t actually used — a little like a Netflix subscription. This would sever the link between the volume of drugs distributed and the profitability of the drug companies, thereby incentivising further innovations. More accurate measurement of the prevalence of the problem might also be possible using point prevalence surveys, and new fields like bioinformatics.

By limiting antibiotics to where they’re essential, we can improve their efficacy — and save the lives of millions who might otherwise have died. That’s an outcome worth working towards!