Academic Freedom vs. Freedom of Expression

What is the difference between academic freedom and freedom of expression? 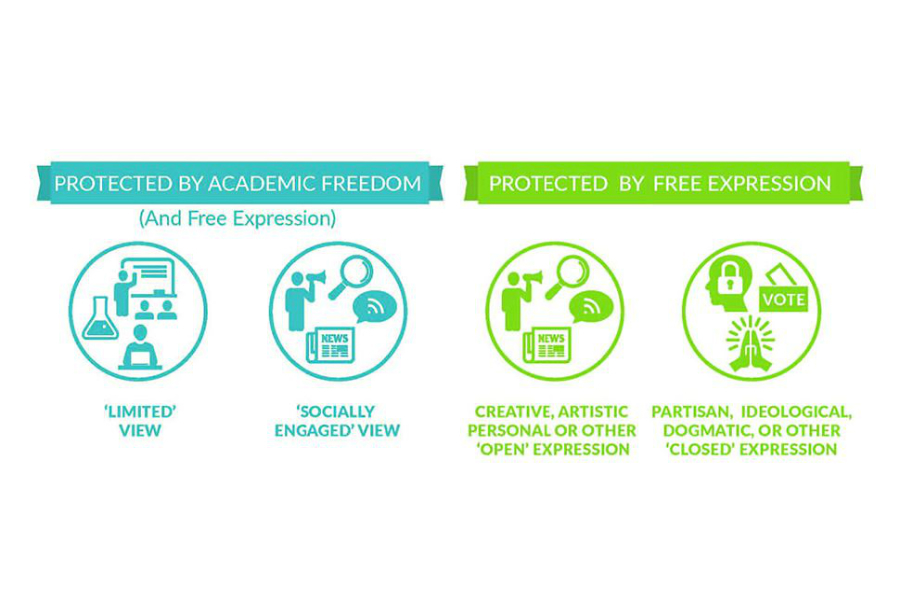