In this article Dr Gillian Wylie introduces SDG 16, and what we will be covering in this course. 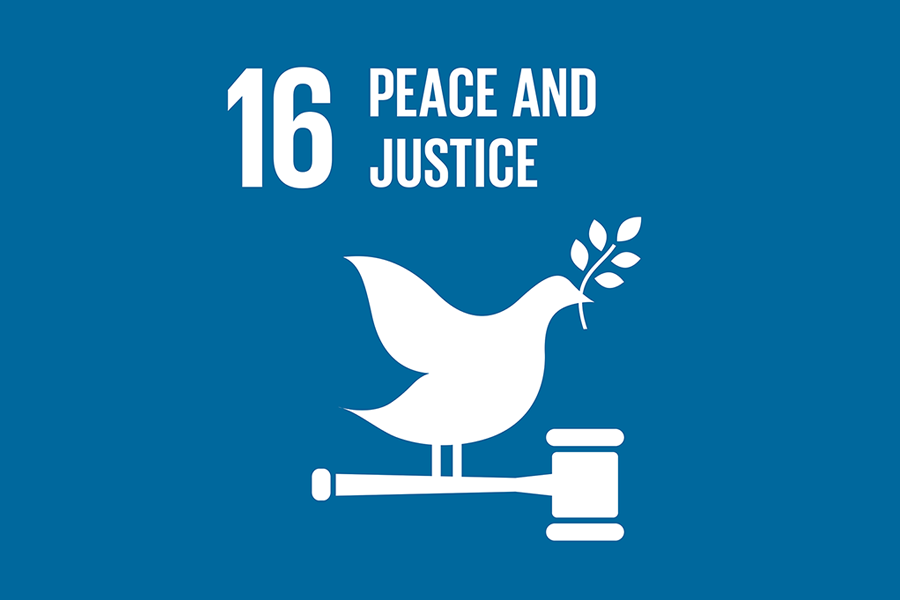 The first SDG we are going to be exploring in more detail is SDG 16, with Prof Gillian Wylie.

SDG 16 – Building Peace, Justice and Strong Institutions – brings a new element to the SDGs. A specific “peace and justice” goal was not included in the Millennium Development Goals (MDGs), but many of the countries which lagged behind on achieving the MDGs were conflict affected states.

This connection led many of the people the UN consulted when forming the SDGs to agree that:

View Course
– Jan Eliasson, UN Deputy Secretary General 2012–2016
Examples of this dynamic are, unfortunately, easy to think of. As I write, civil war in South Sudan has forced 3.6 million citizens to flee their homes, of whom more than 1.5 million have escaped to neighbouring countries. This makes South Sudan the third-most fled country in the world today, behind Syria and Afghanistan (Mercy Corp, 2017). In these circumstances people cannot lead stable lives, farm, or earn money. Famine was declared in early 2017. 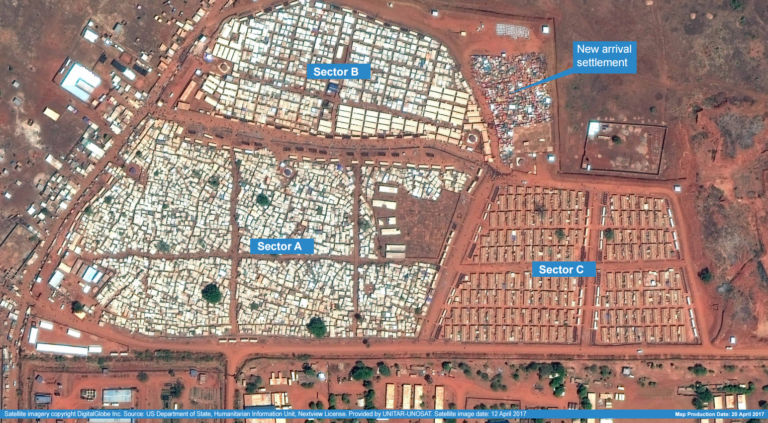 Satellite imagery of Wau, South Sudan Protection of Citizens area. © Digital Globe.
This is just one recent example from many global cases that reveal the connections between peace, justice, and sustainable development.
Take a look at this visualization from the Uppsala Conflict Data Program. It describes the number of conflicts currently going on around the world. As you can see, state-based conflicts are at their highest rate since the 1990s.

SDG 16 concerns itself with eliminating many forms of violence, from homicide to sexual violence, and from armed conflicts to genocides. It is concerned with eliminating illicit financial and arms dealing, organised crime, terrorism, and corrupt governance.
It imagines a world where citizens of every country have access to justice, feel they are not discriminated against, and can participate in governance.
You can view the full details of SDG 16’s targets by reading this document.

Our course and SDG 16

In the articles, videos, interviews, and reflection questions in this section of our course we are looking at two key themes:
and
Colleagues and students in Peace Studies at Trinity College will be helping us to think about these issues. They will be talking about their research on Colombia, Kenya, South Korea, Kosovo, Northern Ireland, and Sri Lanka.
Key points we will cover include the following:
SDG 16 may be the most important of the SDGs. It is certainly one without which the basis for the implementation of the other goals will be threatened.

How can the world hope to achieve other goals, such as ending poverty, ensuring health and well-being, environmental protection, or creating sustainable communities, in contexts where violence and injustice are rife?

In the next step, we will be exploring this in more detail and asking you to give your thoughts.