Read our reflections on African contributions to the discipline of African history. Afterwards we will discuss your thoughts and experiences. 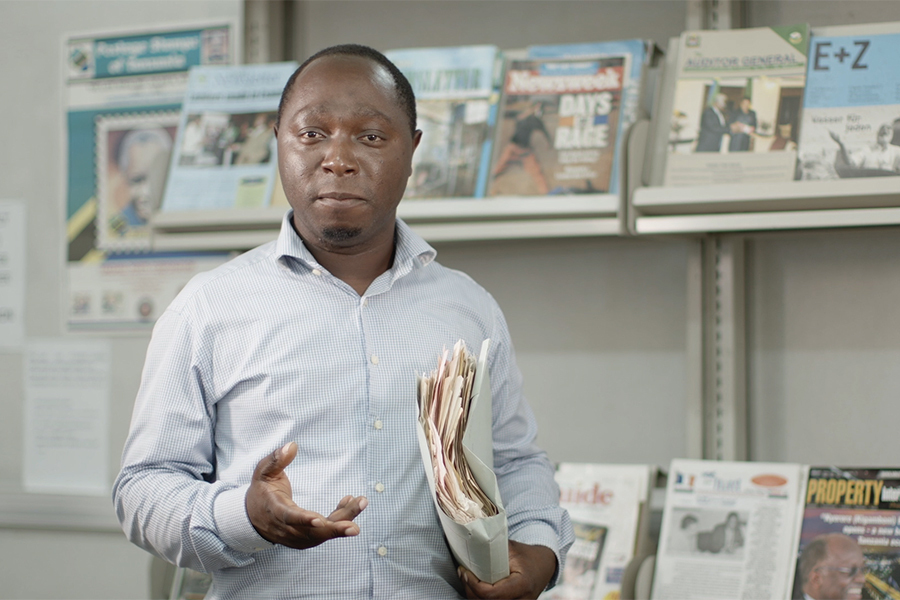 For a long time, Europeans saw Africa as a continent without history. Today, the majority of historical scholarship on Africa is produced by scholars from the Global North. What are the consequences of this for our knowledge of African history?

In recent years, similar questions have sparked important debates about the role and influence of African scholars in academic disciplines concerned with Africa (particularly in African Studies, African humanities and global health). This article focuses on African history and asks: who writes African history, why, and for whom?

African history as a discipline and African-based historians

Francophone African historiography has been thriving since at least the 1980s, especially at leading universities in Dakar, Ouagadougou, Niamey, and Cotonou. In the English-speaking parts of Africa, strong history institutions developed – in South African cities – and in Dar es Salaam, Nairobi, and Ibadan since at least the 1970s and early 1980s.

African history written by Africans has often remained largely unrecognised beyond national borders. Many rich and promising works are published by low-profile publishing companies and thus not for sale in the Global North or overlooked because the publisher is not renowned. Others remain unpublished altogether, as is often the case with dissertations completed at African universities, which are frequently only cited by the professors who supervise them.

There are more US- and Europe-based historians than African scholars doing research on African history. Besides this being a question of financial resources, it is also a question of hiring, publishing, and digitisation policies and practices.

The Publication Process, Digitisation, and Their Dangers

Publication and digitisation processes can sideline African scholars, many of whom are disadvantaged in terms of financial means or professional circumstances (e.g. due to overly demanding teaching obligations) to publish in top-ranked (open-access) journals. Their work thus tends to have less visibility on a global level. African institutions often cannot afford access to top journals, leaving their scholars struggling to engage with the leading scholarship and propelling a vicious circle of exclusion. French-speaking African historians are even less frequently pub­lished than their English-speaking counterparts.

There has been a lively debate (for example in South Africa1) on how the digitisation of archival collections benefits scholars in the Global North. Many African universities still do not have the digital technology that would allow them to publish their scholars’ publications online, which is why these contributions are likely to remain hidden in research repositories, uncirculated and unknown to the wider world2.

With a quick search on the internet, it is easier for students at African universities to find publications by scholars from the Global North than those by their own lecturers. These issues raise some crucial questions that have yet to be satisfactorily addressed. Why should articles published in respected journals and thus consulted more widely be considered better than research published by lesser-known outlets? Why is the research published in lesser-known journals automatically regarded as being of poorer quality? What does it mean if African scholars at institutions without subscriptions to premium e-resource packages cannot access the latest research in their respective fields? How can they be expected to actively contribute to ongoing debates?

This brings us back to our original question: Where are the Africans in African history? Frequently, professional historians in the Global North collaborate with African researchers, often in less favourable professional conditions, in various stages of the research process – conducting interviews, gathering archival sources, and interpreting, or even analysing them. There is a danger of African scholars being exploited in North-South collaborations – for instance if they are presented as “research assistants” by scholars in the Global North instead of being recognised for their intellectual input as co-authors of joint publications. Some African governments are now taking steps to level the academic playing field, to compel foreign-funded research projects hosted in the country to include a minimum quota of local researchers both during the research process as well as in relation to the dissemination of its findings.

Much promise also lies in the reemergence of local or national publishing houses, such as Langaa Research and Publishing Common Initiative Group (Cameroon), Mkuki Na Nyota Publishers (Tanzania), and Pambazuka Press (South Africa). This allows for the distribution of books at more affordable prices than those of imported books.

What have your experiences of collaboration, transformation, and/or marginalisation been in your discipline, field of work, research, etc.? Please share your thoughts and opinions in the comment section below.