How does the morphology of African cities relate to the colonial past? In this article, Vitor Pessoa Colombo discusses colonial urban design’s legacy.
© University of Basel
Despite urbanisation processes starting much earlier than European occupation, African cities have had their morphology influenced by their colonial legacy. Notably, the sanitary movement that had emerged in Europe during the 19th century strongly influenced urban planning in colonial Africa.

European planning ideals and institutional frameworks (laws and governance models) were hence transposed to African cities. However, incongruencies between the “plan” and the reality on the ground resulted in fragmented cities, unable to accommodate the actual demographic and spatial dynamics.

“Modern” urban planning is referred to as the set of urban design tools, criteria and governance frameworks which were developed between the 19th and 20th century, mostly in the countries on the North Atlantic, in order to address the spatial issues resulting from societal changes such as industrialisation, commodification of land, and rural exodus. Amongst the design criteria employed in “modern” planning, public health was a main concern, as increasingly dense urban environments raised new epidemiological issues, such as outbreaks of cholera or tuberculosis.

The influence of European planning models in African cities can be explained by the historical context. Only a few decades before the “Scramble for Africa” that consolidated colonial occupation in the continent, urban planning was emerging in Europe as a discipline inspired by the sanitary movement, reshaping entire cities such as London or Paris. Given the exaltation around these urban experiences and the power structures at the time, it is not surprising that European planning ideals were transposed to the colonies.

In African cities, however, the principles and public health concerns that guided urban design in Europe often had their scope limited to the well-being of the colonisers, at the expense of other populations. Typically, the former occupied the highest areas, well-ventilated and protected from floods, while the latter were only allowed to occupy the remaining, lower areas, often exposed to floods and, subsequently, waterborne diseases.

Across the continent, this regime of socio-spatial segregation was enforced through social control and land use laws implemented by colonial governments. Zoning regulations were not only used to separate working areas from residential areas; they also distinguished residential areas based on ethnicity under public health pretexts, thus institutionalising racial segregation in urban planning. African workers, wrongly considered as “dangerous classes” in terms of the risk of disease transmission to Europeans, were segregated and allocated to specific residential areas. 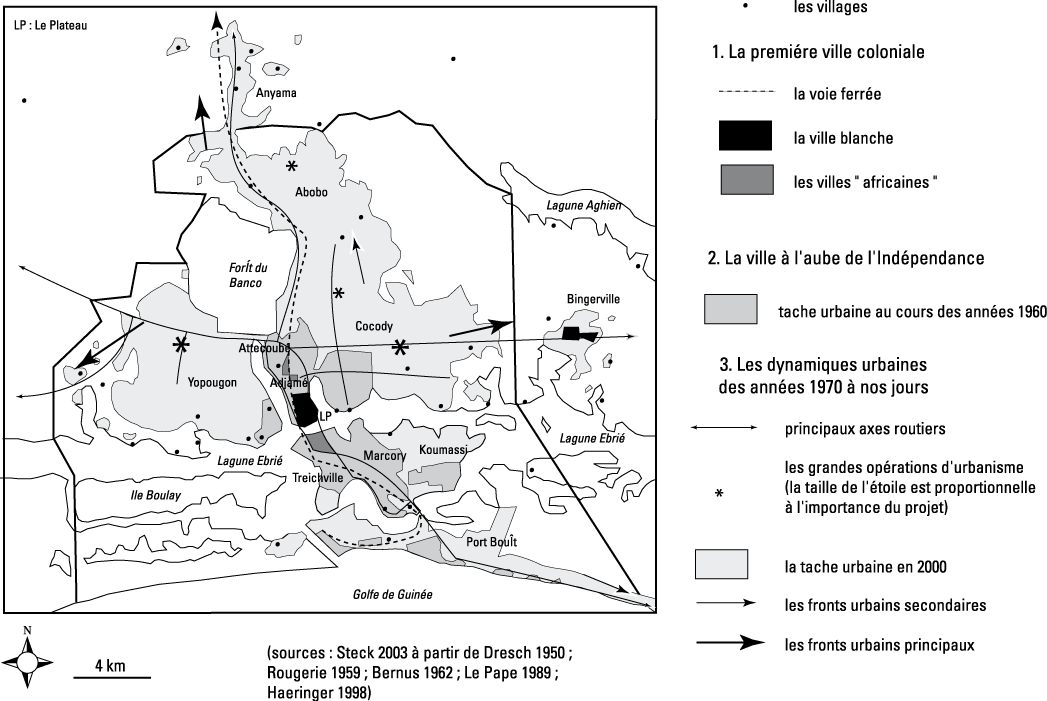 Arguably, colonial urban planning policies were not “modern” but rather regressive and racist. While in Britain, Edwin Chadwick argued for universal access to water and sanitation facilities, in the colonies, the development of such infrastructures was often limited to the areas inhabited by the ruling class (Europeans). Housing provision was also insufficient: employers were supposed to provide shelter to their employees but, in practice, they rarely met the needs, generating overcrowded living conditions for African workers.

Across the continent, colonial governments restricted investments on urban infrastructures, aiming to discourage rural exodus and urban growth. This “anti-urbanisation” perspective was associated with the idea that customary, indigenous traditions were to be preserved from the colonisers’ urban habitat. For instance, in British colonies the “dual mandate” aimed to retain Africans in reserves subject to customary rules (except when their workforce was required), while colonists stayed in towns under British rule.

Colonial planning in Africa was therefore caught in a paradoxical situation where the drivers of spatial development (people) were restricted by authoritarian, social control norms that officially discouraged migration to cities. Despite such efforts to limit urbanisation, cities kept growing while over-centralised government structures failed to follow the demographic and spatial dynamics of African cities. This “surplus” urban growth often resulted in informal human settlements, not regulated by any authoritative planning system – and severely under-equipped in terms of basic services. To move beyond this colonial legacy, cities must be considered as opportunities for social and economic development.

The legal and governance frameworks imported from Europe also conflicted with traditional African social systems. Notably, the alienation and commodification of land contrasted with the customary, collective nature of this resource. Also, building codes were inconsistent with the geographic and social realities, as they were simply transposed from European countries to Africa despite climatic and cultural differences. Such inconsistencies had social consequences, leading to the inability to provide (or afford) sufficient “formal” housing units located in planned neighbourhoods.

The high levels of socio-spatial fragmentation inherited from the colonial period leads to highly inequitable health outcomes. In fact, as we will see this week, those who live in precarious, informal settlements are exposed to higher risks of both infectious and non-communicable diseases. These risks are exacerbated by the spatial conditions of their own habitat. Such considerations are crucial for urban planners, as they emphasise that health outcomes are determined by spatial conditions as well as socio-economic factors.

Njoh A. Urban Planning and Public Health in Africa: Historical, Theoretical and Practical Dimensions of a Continent’s Water and Sanitation Problematic. Routledge; 2017.