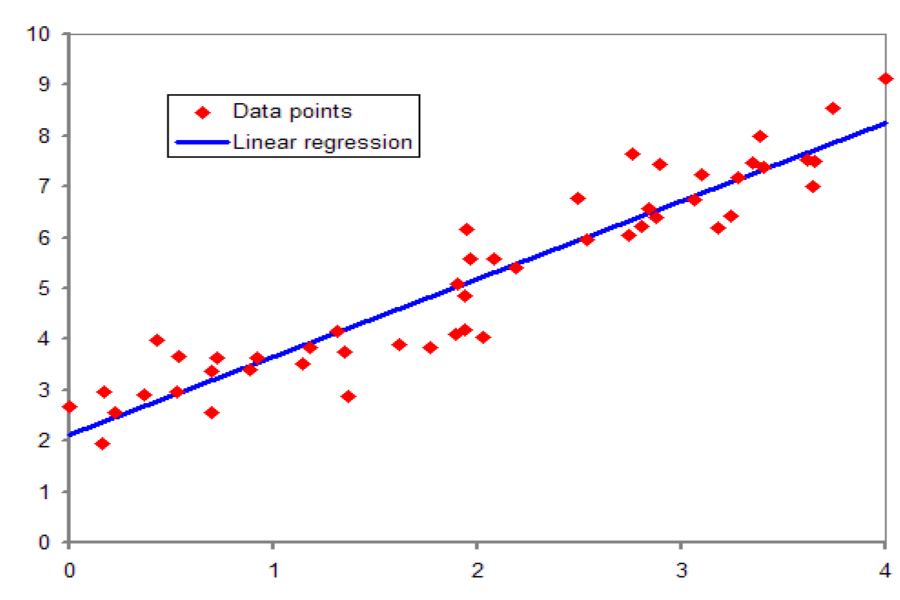 Linear regression is probably the most simple algorithm that one can perform. It is nothing but combinations of some additions and multiplications, at least in the equation’s look. But linear regression is one of the most useful and basic predictive models.

Therefore, a good regression model means that our estimate is close enough to the real unknown relationship.

Then why linear regression is called linear “regression”? We are regressing an estimate line against the mean by minimizing the errors of the estimates. In the graph below, the red points are the data we gathered, while the blue line is the regression line that we had drawn, hoping to be close enough to the real relationship. Let’s talk about a little more detail.

I am sure that you are not intimidated by the linear regression equation. As I’ve mentioned before, it is nothing but a combination of some pluses and multiplications in the look as below: y=a+bx+e

Finally, the final regression model will decide a and b values that cause the minimum sum of the error square.