Skip main navigation
Home / Creative Arts & Media / Communication / An Anthropology of Smartphones: Communication, Ageing and Health / What is a smartphone?

What is a smartphone?

In this article, we discuss a different definition of the word 'smartphone', the history of the smartphone, and what we do with them. 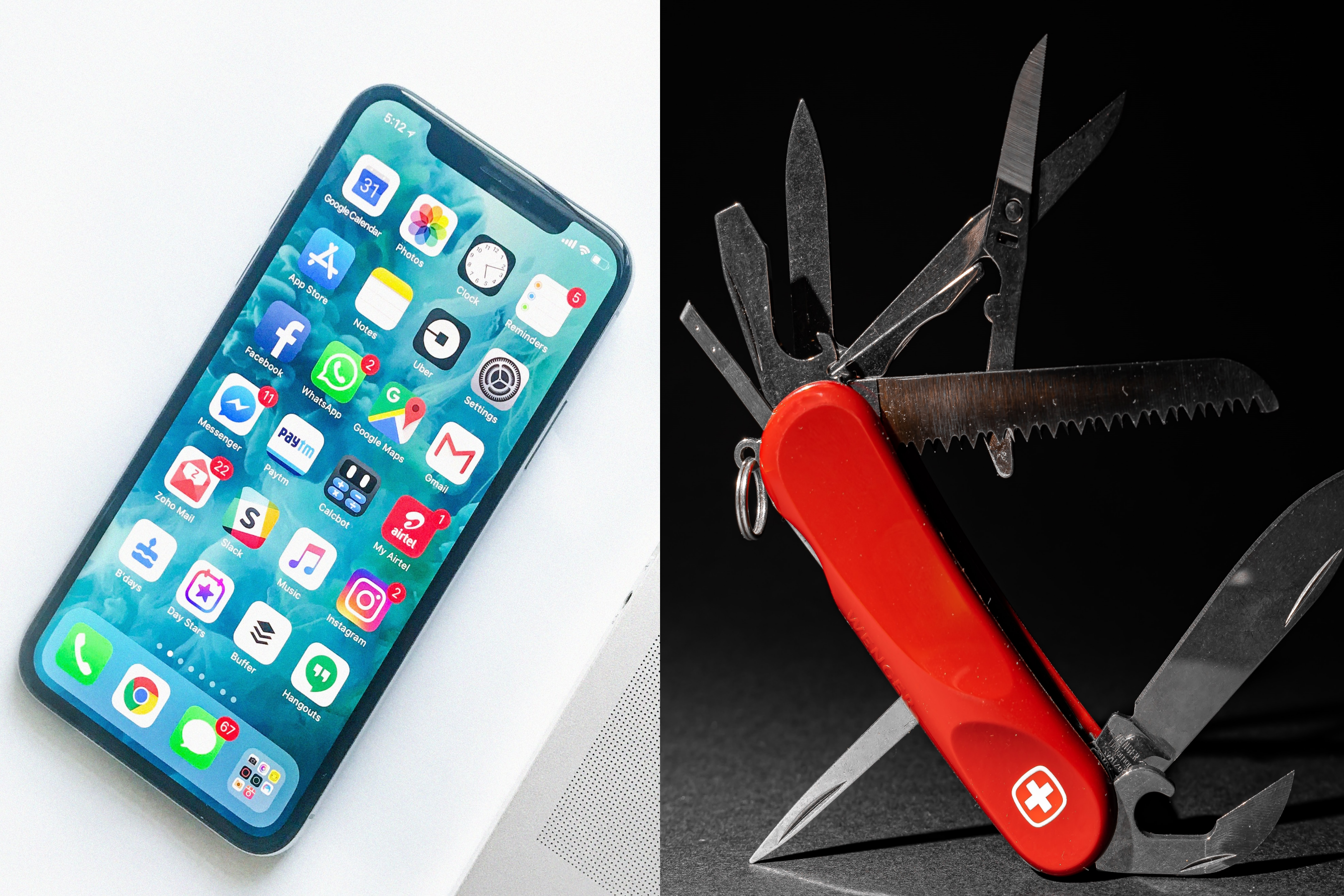 The first thing to note about the smartphone is that in most respects, it is neither smart nor is it a phone.

What is smart about the smartphone?

When the word ‘smart’ is used within terms such as smartphone, smart cities or smart homes, it comes from the acronym S.M.A.R.T., which initially stood for ‘Self-monitoring, Analysis and Reporting Technologies’, in reference to a device that can learn from the way we use it.

Smartphones learn from us

Smartphones do learn from us. You may notice this when you see adverts that are targeted specifically to you or your Maps app guesses where your home is.

But in practice, this kind of smartness, which relies on algorithms and in some cases, Artificial Intelligence, has little impact compared to the ‘smartness’ gained through the huge number of changes we make to our smartphones after we have purchased them.

This can mean refusing to use certain in-built apps, downloading others, changing settings and, above all, adding our own content over time – photos, recordings, contacts, notes to ourselves and so on.

We will argue later that an approach we call ‘smart-from-below’, which places the emphasis on respecting the creativity with which the user transforms their smartphone, is a much more appropriate perspective on how smartphones are actually used than focusing upon the device’s in-built analytics.

If the conventional term ‘smart’ doesn’t help us understand the smartphone, neither does the term ‘phone’, since most younger users these days consider making voice calls (the traditional phone call) to be a relatively small percentage of all of the activities they use their smartphones for, depending upon the fieldsite.

What do we actually do with the smartphone?

If instead, we turn to what we actually do with the smartphone, we face an entirely different problem. We might start by noting that today, for the vast majority of people, the smartphone is their only camera. So, it’s a camera phone.

The smartphone is also often now the main site of our social media use, the place where we tell others about what we have been doing. So, it is a camera-diary-phone.

It has also become the main place where we literally navigate our way around, for example through the use of GPS when driving or planning holidays with map apps.

But then, it is also the place in which we store, listen to and share music. It is often now the main site for our entertainment, which might include playing games, listening to music and other activities.

A primary source of knowledge

The smartphone has also become a primary source of knowledge: it is the place where people seek information on every conceivable topic, from celebrity gossip to news (fake or otherwise) and the latest discoveries in physics, for example.

This suggests that rather than calling it a smartphone, we should be calling it a camera-diary-navigator-music-entertainment-information-phone, but the list would certainly not stop there.

It really is very hard to set any limit to even a basic description of what the smartphone is. Just like a computer does far more than compute, we have to understand how people use the device to actually see what a smartphone is.

A history of the smartphone

Perhaps the key attribute of the smartphone is the way that smartphones bring all of these capacities into the same place so that we can combine them to carry out a particular task, much like a Swiss Army knife.

Given this range, it is impossible to provide a history of the smartphone, as this would involve recounting the history of each different thing that it does.

But we can consider the history of the device itself. Its immediate precedent – the ‘non-smart’ (i.e. non-internet connected) mobile phone – became an established consumer device during the 1990s, the same period during which we became acquainted with the internet. In Japan ‘semi-smart’ feature phones known as ‘garakei’ equipped with cameras and e-mail became popular from the 2000s, as did the Blackberry worldwide.

However, when the iPhone was launched in 2007, this touchscreen, app-based device appeared to offer a whole new world.

This was the first of three key stages in smartphone development. The second was the rise of phones that used open-source Android operating systems, especially the Samsung Galaxy.

This development made smartphones a diverse species, shunting the iPhone into a minority presence in some countries. The third important moment was the rise of cheaper smartphones facilitated by the rise of Chinese manufacturers such as Tecno.