Are the Christmas holidays a historical example of cultural appropriation? 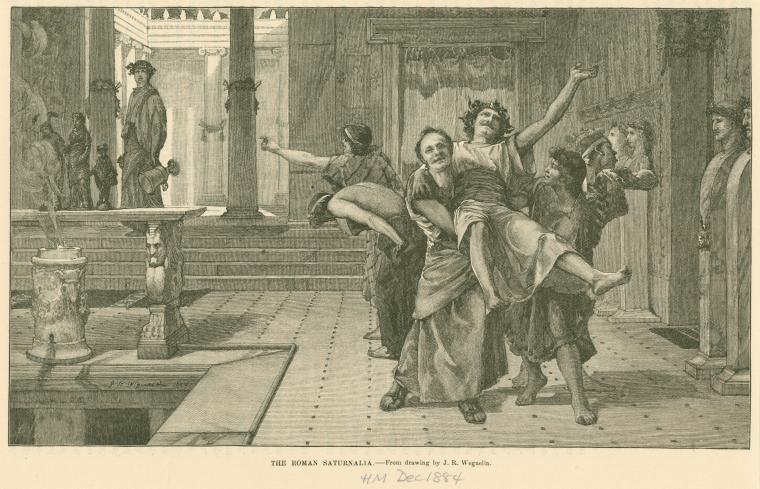 After centuries of systemic persecution under the Roman Empire, Emperor Constantine finally decriminalised Christianity in 313 CE.

Before this, Christians could be executed for their religion. Emperor Nero blamed Christians for the Great Fire of Rome – even though Nero likely started it himself. In 303 – 311, Emperor Diocletian had Christians tortured, mutilated, burned, starved, tore down their homes and burned their sacred books.

Ironically, a few decades after their emancipation, the Christian leadership illegalised pagan religious rites. It’s unclear whether the strict laws were ever enforced in line with their violent rhetoric.

Before Constantine, Christians did not celebrate December 25th as Jesus’ birthday. They didn’t celebrate his birthday at all. Many early Christians believed birthday celebrations were pagan – and thus, sinful. Instead, Christianity revolved around Easter, celebrating Jesus’ death and resurrection. Furthermore, nobody could agree on the exact date of Jesus’ birth. No scholars from then or now appear to have chosen 25 December.

So, why did they choose 25 December?

The biggest holiday was Saturnalia, a 7-day festival from 17 to 23 December, to celebrate Saturn, the Roman god of agriculture and time.

For each day of the festival, Romans of all classes would gorge on food and wine, dance and socialise, giving each other gifts.

The second biggest holiday, the January Kalends, was a 5-day festival celebrating the new year.

It just so happens that some, but not all, pagan Romans also celebrated the birthday of Sol Invictus – the sun god – on 25 December to align with the winter solstice.

Despite some debate, Constantine was likely a genuine Christian. Some argue he emancipated the Christian’s to solidify his hold on the empire, but this doesn’t stack up. Christians were a tiny minority of the Roman Empire – the benefits of gaining 10% extra support did not outweigh the potential drawbacks of infuriating the other 90% of Roman citizens. Besides, Constantine’s mother, Helena, was a Christian, and his father, Constantius, was not averse to Christianity either.

While we may never know for sure, 25 December was probably chosen to align with the old pagan celebrations to make Romans more amenable to the transition from paganism to Christianity. It is also possible that the date was chosen arbitrarily.