The culture of looting at Easter in Peru

In this article we explore the complex culture of antiquities looting in Peru. Can looting, itself, be an expression of culture? 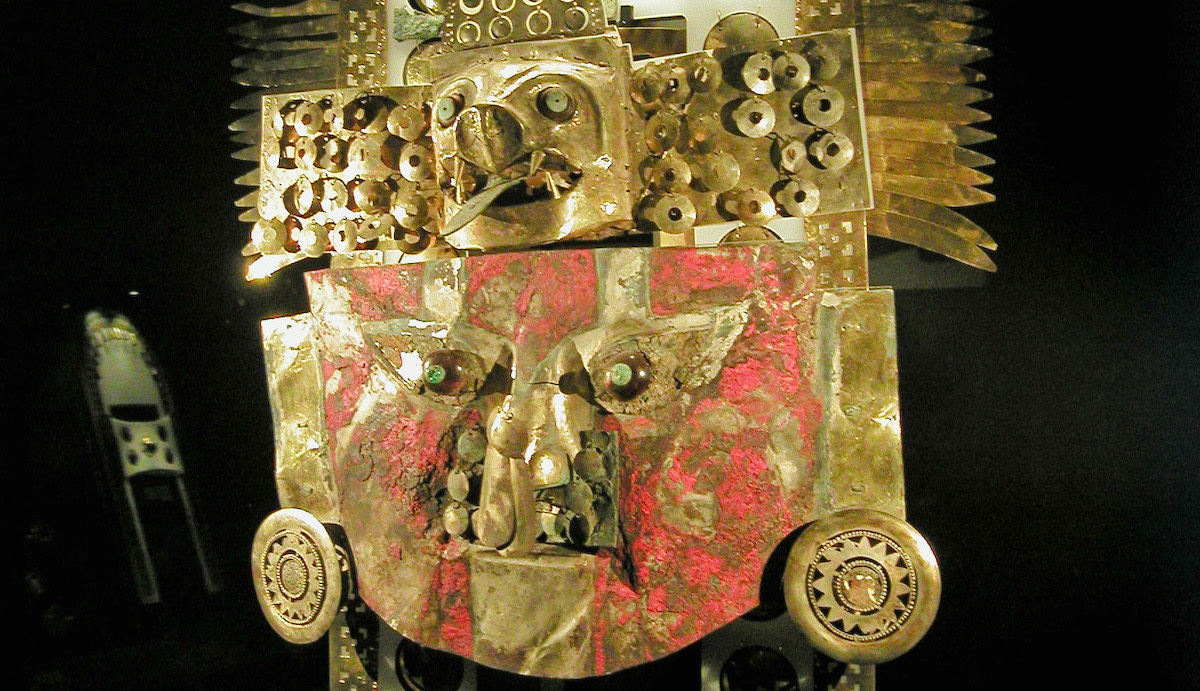 On the north coast of Peru, Easter is a time for family and, sometimes, for grave robbing.

Note, some of the links in this step lead to pages in Spanish. These can be translated by pasting the link into Google Translate.

The Easter Week (Semana Santa) is particularly special to people in Latin America. In Peru, people who live elsewhere travel to their home villages for this time of family, reflection, then celebration. But there is a dark side to this holiday: Easter Week is, traditionally, when huaqueros rob the ancient tombs of Peru’s north coast. Over 90% of the famous archaeological sites of this region have been looted and it is clear that Easter is a troubled time for Peru’s past.

A huaquero is a person who clandestinely excavates at archaeological sites for the purpose of obtaining marketable antiquities. The term is derived from the Quechua word ‘huaca’ (also ‘wak’a’). Prior to the Spanish Conquest, a ‘huaca’ was anything that was sacred, with an emphasis on sacred places. Depending on the context, use of the term ‘huaca’ in modern times can imply that there is still a sacred quality to these sites and objects. 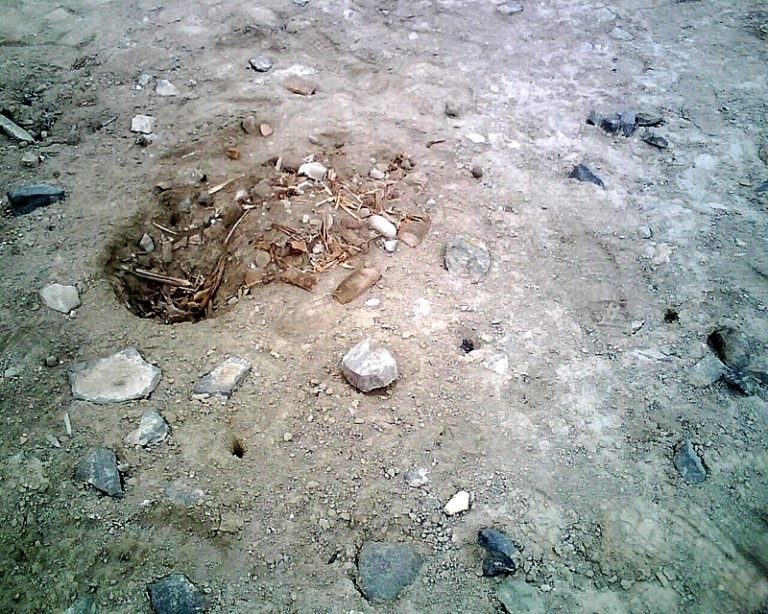 One case of Easter Week looting

During Semana Santa in 2014, a group of five looters destroyed 25 tombs in a Sicán culture cemetery at the archaeological site of Cerro Campana. The looters were caught due to the increased police and archaeological monitoring of heritage sites during Easter Week. They were detected at 5pm on Holy Wednesday and had been looting the site since the night before. They fled from authorities, leaving tools and motorcycles behind, but police felt confident they would be able to identify the looters. 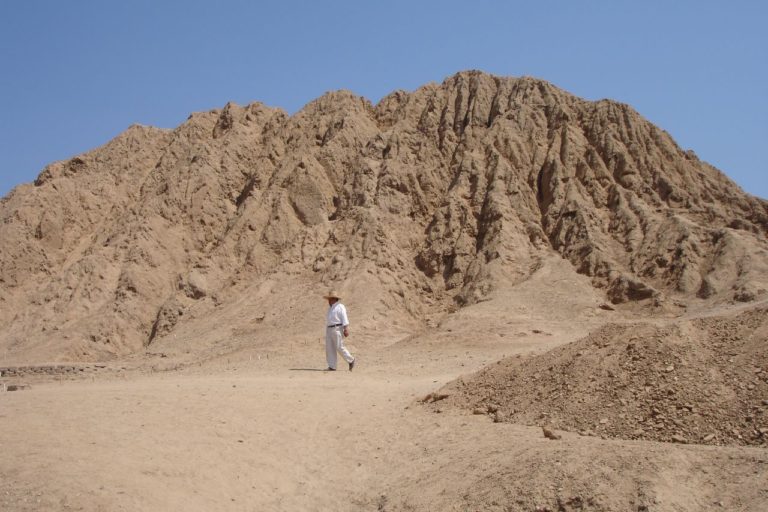 The site of Sipán on Peru’s North Coast doesn’t look like much, but looters discovered the rich tombs of a Moche Lord inside this ruined pyramid. By Carsten ten Brink, CC BY-NC-ND

There is a North Coast legend that during Easter Week artefacts rise to the surface; that they are easy to find and one barely has to dig for them. Some sources report that Good Friday is the preferred day for looting because ‘God is dead and doesn’t watch‘. Others say that looting starts on Maundy Thursday when any outstanding curses that protect an archaeological site are lifted. Some believe that the pre-Conquest occupants of archaeological sites are non-Christian ‘Gentiles’ who, in a sort of raising-of-the-dead sense, cluster near the surface only during Easter Week so that they may be found by Christians.

Archaeologist Walter Alva says that practice of Easter Week looting was introduced by the Spanish, who would have taken a large cut of whatever was looted. He believes that Easter looting has no foundation in pre-Conquest cultural tradition, but rather has been used as an excuse to rob graves. He notes that low-level Easter Week looters take all the risk and make nearly no money from the practice: only professional intermediaries tend to profit.

In an interesting blog post, archaeologist Wilder León Azcurra relates that while he was a student in the 1970s, he and several friends decided to go looting in the Jequetepeque River Valley during Easter Week. They were young and naive and thought, perhaps, maybe the artefacts DO come to the surface as the legends say. They looted on land owned by a relative of one of the students. They used a metal rod that they poked into the surface and eventually found the burial of a man. Far from coming to the surface, they were forced to dig to loot this tomb. The Easter Week looting was his initiation into the world of archaeology and was the moment he realised how destructive looting really is. 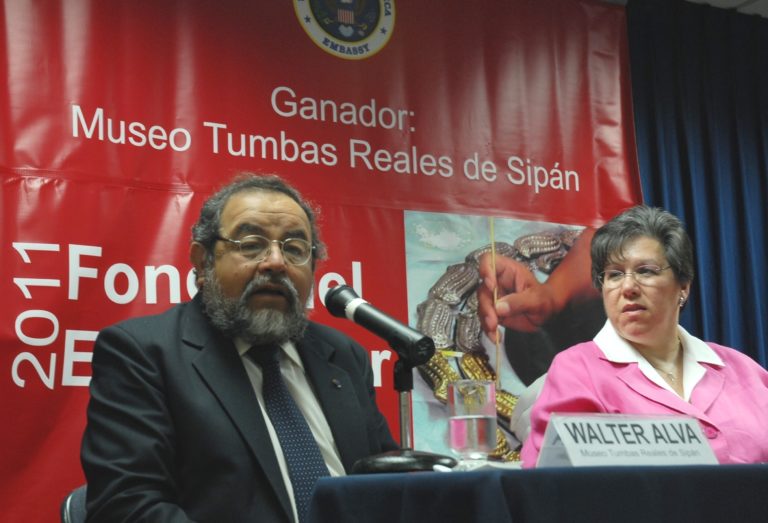 Because the connection of looting to Easter Week is well-known, the potential to educate the public and regulate the practice during Easter is taken very seriously in Peru. The newspapers print reminders that the practice is illegal and warnings that the penalties for looting are steep. At the moment, looters face from three to eight years in prison and there is some talk that this penalty will increase soon.

Guarding committees have been established which work with local police to monitor archaeological sites that are likely to be looted during Easter Week. These committees are not only made up of archaeologists and museum staff, but local residents and other volunteers. In other words, there is an increase in site protection and vigilance during Easter AND there is a concerted effort to involve and educate the public about protection of the ancient past. 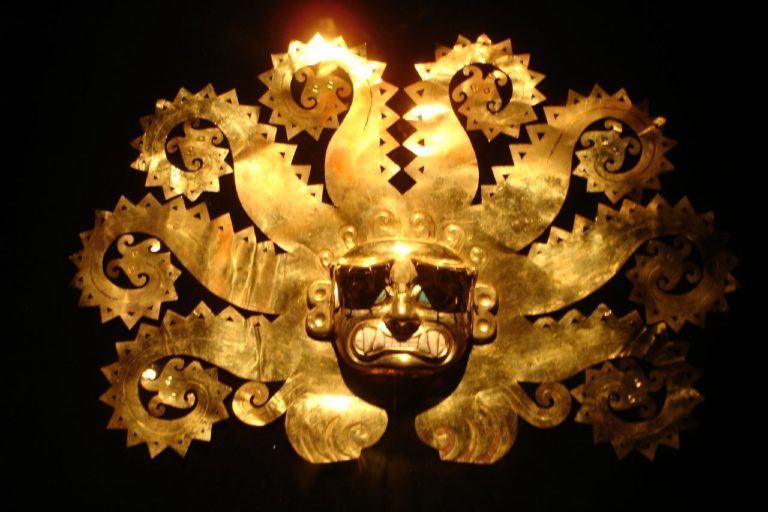 This gold headdress was stolen from the site of La Mina on Peru’s North Coast and then trafficked to Europe. By Carsten ten Brink, CC BY-NC-ND

It seems so. Walter Alva says that more than 3000 tourists visit the Royal Tombs of Sipán Museum during Easter Week alone. There they not only experience new and exciting exhibitions about the history of Peru’s north coast, but also learn the story of the looting of Sipán and the efforts made by Alva and others to save the site.

Alva believes that the practice of looting during Easter Week has gone into sharp decline. He sees this as both a result of increased protection of sites and because looting has been made socially unacceptable. Carlos Aguilar Calderon, the head of a Ministry of Culture unit devoted to the protection of archaeological sites, also believes that Easter looting is on the out. He says that the greatest threat to Peruvian sites in the region right now is from developers who level sites with heavy machinery and quarry them for construction fill. 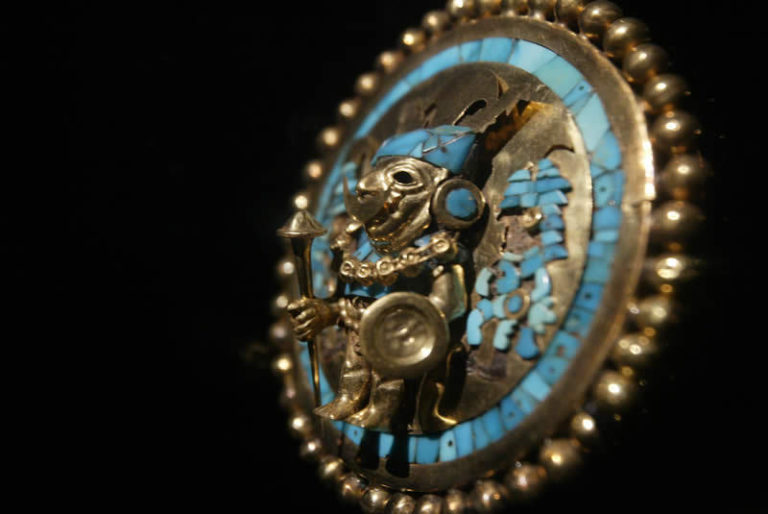 One of the beautiful gold artefacts recovered from the heavily looted site of Sipán, Peru. This one is a large earring. By Ambiental Turismo, CC BY-NC

Can the looting of an archaeological site be a cultural practice?

This is a very difficult question to answer, but it is not something that is unheard of. At times, living cultural traditions threaten a Western idea of heritage preservation. Modern use of an ancient site can slowly destroy it. Religious requirements that involve, for example, the burial or exposure of ancient cultural objects to the elements rub up against the idea of ‘cultural heritage of all humanity’. They only allow small groups to make what could be called destructive heritage preservation decisions. There is no easy road through this.

Looting of archaeological sites permeates the culture of the North Coast. The vast majority of people there don’t loot and probably don’t know anyone who does. However, huaquero mythology is everywhere. Looting in the area is filled with curses, spirits, riches, and legend. It is hard for anyone to resist. Everyone knows stories.

One of the best ways to illustrate the place that the huaquero mythos occupies in Peru is via the lyrics to a well-known song ‘Huaquero Viejo’ to which people dance the Marinera Norteña, the national dance of Peru:

The culture of looting runs deep in Peru, but looting is also destructive and unsustainable as a practice. The resource is finite and the gains are poor.

It seems like Walter Alva and the Peruvian authorities are on the right track. They have even made museum and site entry free during Easter Week. If Easter Week is a time when families are together and want to engage with their culture and their ancient past, it could be made into a time to visit local museums and sites without looting them.

During Easter Week, 2016, Peru placed even more focus on protecting archaeological sites from looting. Over 50 sensitive sites were identified and patrols composed of museum professionals, police officers, and community volunteers came together to monitor the sites.

An article and short video (in Spanish) about this year’s anti-looting efforts is available here.

Even so, as reported in this article in Spanish, the archaeological site of Zaña and several others were looted.

Peru continued to remain vigilant during Easter week in 2017, continuing their successful community patrols and their popular “free days” for families to visit museums.

Peru recently addressed looting of movable cultural heritage at the Summit of the Americas where it brought to light efforts to preserve tangible and intangible cultural heritage in the country, as well as the facilitation of the return of looted heritage objects displaced as a result of illicit sales. See more in this article in Spanish.