Infections can occur in most places within the body. These areas can be split into sterile and non-sterile sites.

Sterile sites are areas typically where microorganisms are not found and are often places deeper in the body and more protected from outside infection. The image below depicts a few examples of sterile sites of infection. 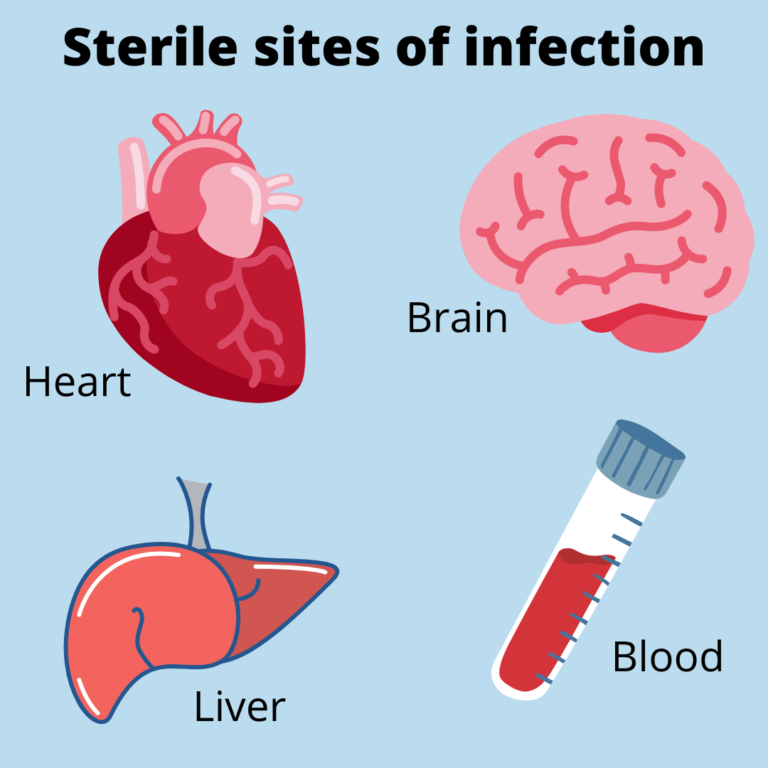 Infections in sterile sites can be caused by a large range of organisms that have been able to penetrate or access these sterile areas. Meningitis is an infection that effects the meninges which is a protective membrane that covers the brain and spinal cord. This can be caused by group B Streptococci, Neisseria meningitidis and Haemophilus influenzae.

Non-sterile sites are areas where microbes are often found and are usually more accessible from the environment. The image below shows a few examples of non-sterile sites of infection. 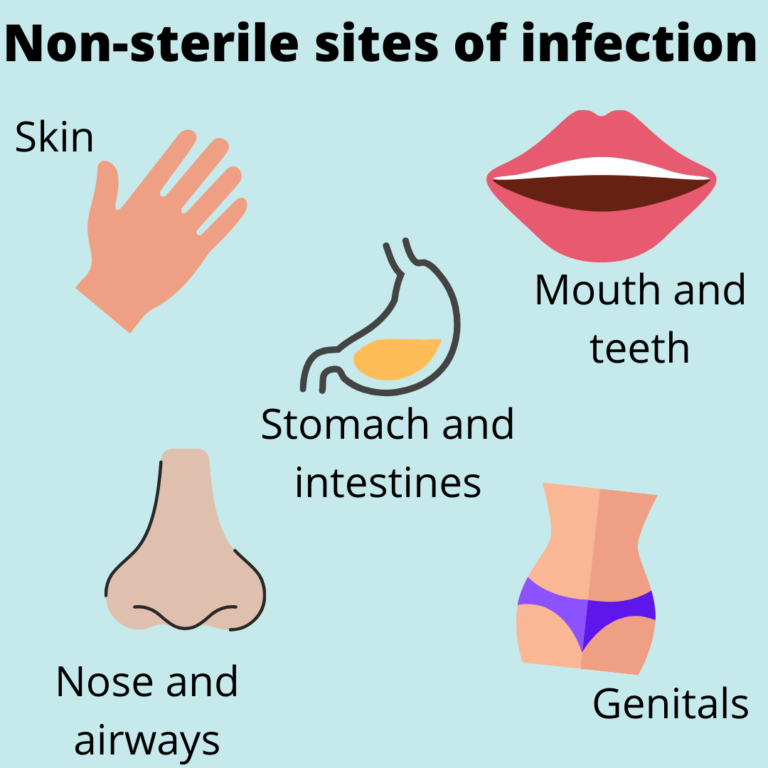 There are a vast number of microbes that can cause a variety of infections from non-sterile sites within the body. Propionibacterium acnes is a Gram-positive bacteria which can cause the skin condition acne. Within the mouth, Streptococcus mutans is the bacteria which erodes enamel on teeth by converting sugar to lactic acid. Candida albicans can commonly causes superficial yeast infections in the mouth or vagina.