The Scottish campaign in 1650

In the summer of 1650 Oliver Cromwell and his English army crossed the border into Scotland. He led his men as far as a line of fortifications linking Edinburgh and Leith, but the Covenanting army, now under the command of David Leslie, forced him into a series of alternating retreats and advances to the east and south of Edinburgh during July and August 1650. He finally fell back to the herring port at Dunbar at the beginning of September. From here, Cromwell could re-supply his army by sea; the Scottish army’s scorched-earth policy had made it impossible to provide adequate provisions once he had crossed the border. Starving an army into retreat by stretching their supply lines was an acknowledged tactic of warfare.

Cromwell’s troops and horses were ‘provided’ with accommodation in the townspeople’s houses, outbuildings, fields and gardens; the troops and animals had to be fed and watered; and there was pillage and destruction of crops and livestock. Accounts drawn up afterwards in 1651 detail the many claims for compensation. The total loss to the town was calculated at a massive £134,638 2s 8d. For his part, Cromwell saw things rather differently. When his troops reached Dunbar, they had discovered famine in the town and Cromwell ordered ‘pease and wheat to the value of £240’ to be distributed. He placed his cannon inside the parish church for shelter and security and waited. 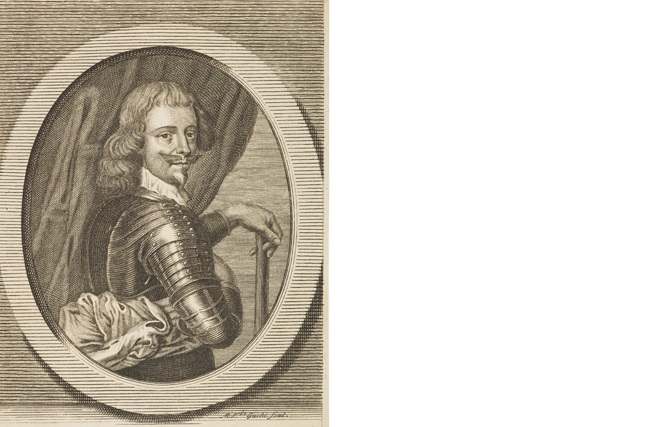