Skip main navigation
Home / History / Archaeology / Archaeology and the Battle of Dunbar 1650: From the Scottish Battlefield to the New World / They die daily

Here we discussed what happened to the prisoners while at Durham Castle
© Durham University
I also sent them a daily supply of bread from Newcastle, and an allowance equal to what had been given to former Prisoners: But their Bodies being infected, the Flux encreased amongst them

These lines are taken from the letter sent by Sir Arthur Haselrigge to the Council of State on 31st October 1650 (a ‘modern interpretation’ of this letter in full can be found at the end of the step, as a PDF in the Downloads section below). According to Haselrigge’s version of events, which is the only one we have, the prisoners had been provided with adequate supplies of fresh bread but, even so, ‘flux’ or dysentery was now spreading among them.

In the same letter, Haselrigge also tells us that he organised the provision of Pottage made with Oatmeal, and Beef and Cabages, a full Quart at a Meal for every Prisoner. They had also coals daily brought to them; as many as made about a hundred Fires both day and night, and Straw to lie upon. All this was for prisoners inside the Cathedral, and considered to be healthy. Haselrigge claims that they wanted not any thing that was fit for Prisoners and, if he is to be believed, then the men were decently fed on a diet of bread, meat and pottage. Even so, the tone of anxiety in Haselrigge’s words is palpable; the situation was slipping out of control.

During September and October 1650, Haselrigge moved the sick and the dying into Durham Castle. By this time the Bishops had long since departed and the Castle seems to have been in the hands of the Blakiston family. It is no coincidence that John Blakiston had been an associate of Haselrigge and one of the foremost of the Parliamentarian party in the north-east of England. Blakiston was an enthusiastic ‘regicide’, not only attending all but one session of the trial of Charles I but also signing the King’s death warrant. Blakiston died in June 1649, only a few months after the King, so he was no longer alive when the Scots prisoners were marched into Durham. His recent death probably explains how Durham Castle could be made available in an emergency such as this. 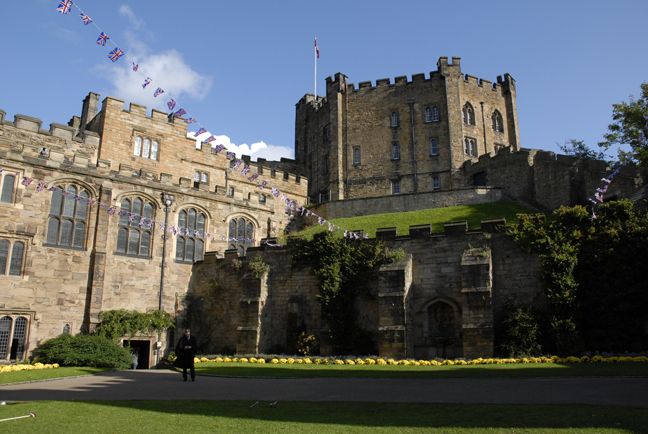 Five hundred men were moved into the Castle by the 30th October 1650 and provided with very good Mutton Broth, and sometimes Veal Broth, and Beef and Mutton boild together, and old Women appointed to look to them in the several Rooms: There was also a Physitian which let them Blood, and dressed such as were wounded, and gave the sick Physick. Still, by the 30th October 1650 some 1,600 had died.

Dysentery (or the ‘flux’, as it was known at the time) was already present among the ranks of both Scottish and English soldiers before the Battle of Dunbar and, just as Haselrigge diagnosed, it is the most likely cause of death for many of the soldiers. Dysentery is an inflammation of the large intestines or lower digestive tract with symptoms of fever and a high temperature (38°C/100°F or above), intense abdominal cramps, nausea and vomiting, diarrhoea, and rapid weight loss during which sufferers lose fluids and salts. It is highly infectious and spread through contaminated food or drinking-water, and from person-to-person as a result of poor hygiene. It is easy to see how the ‘flux’ would spread quickly in circumstances in which men lived in close confinement with little food or clean water with which to replenish the body’s salts. The real danger is severe dehydration and electrolyte imbalances which can result in shock or coma. Outside the digestive tract, bacteria in the bloodstream may have fatal consequences and can cause kidney failure. Without the benefit of our modern understanding of dysentery, Haselrigge resorted to bringing in milk from surrounding towns. This, he says, was conceived to be the best Remedy for stopping of their Flux. The milk was boiled, some with Water, and some with Bean flower, the Physitians holding it exceeding good for recovery of their health. High fibre intake is still recommended to ease chronic diarrhoea.

In addition to dysentery, another possible cause of death has been suggested to the research team. This is so-called ‘re-feeding syndrome’ which is defined medically as a potentially fatal shift in the body’s fluids and electrolytes. The key indicator is a low phosphate level, leading to breathing difficulties, confusion, altered mental status, muscle weakness and muscle damage. This can occur in patients who are malnourished and then consume large quantities of food rapidly. During the period of starvation (12-14 days in the case of the Scottish soldiers), hormonal and metabolic changes occur as the body reacts by reducing cellular activity and organ functions. When re-feeding begins, this triggers the release of insulin (a hormone produced by the pancreas that controls sugar levels). This affects potassium, phosphate and magnesium electrolytes; both sodium and water balances may be affected to such an extent that a person may experience fluid overload; this can lead to heart failure. Anyone who has little or no food for more than five days is at risk.

Some months later, on 5th August 1651, Parliament was still insisting on an order to take care that such provision be made for the Scottish prisoners in Durham Castle, while there, as is fit for prisoners of war.

The last Dunbar prisoners were issued with passes to return home in July 1652, some 22 months after they first marched through the Great Door of Durham Cathedral.