In the context of figurative drawing, fashion silhouettes refer to the overall outline shape of the clothed fashion figure.

As a guide, men’s proportions are less exaggerated than for women. Aside from the anatomical differences between men and women, the main approach to consider when drawing the male fashion figure is muscle tone. 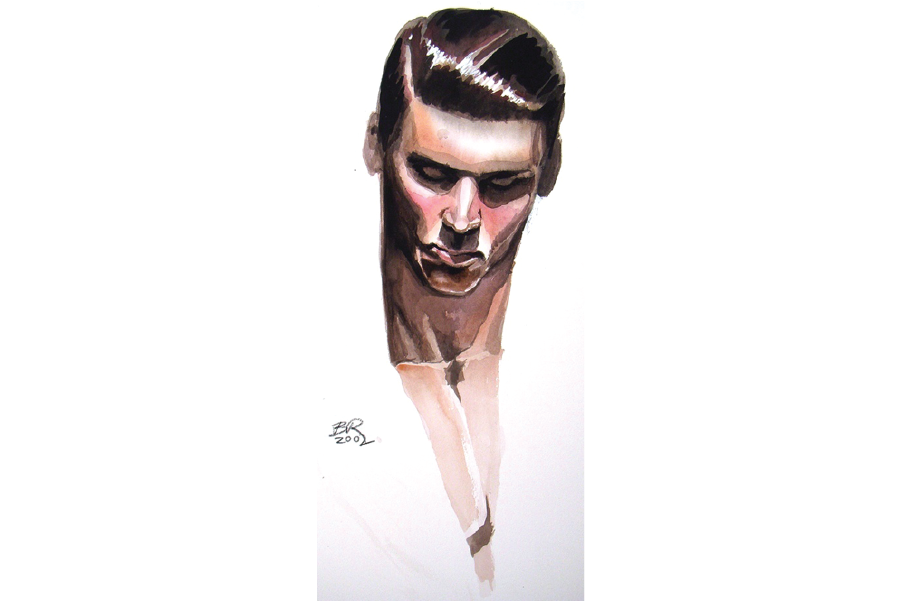 Muscle tone is much more pronounced in men and determines some of the figurative proportions. Although the standing male figure may be drawn to a stylized proportion, it is usually less elongated than for a woman. The upper torso is usually emphasized with a broad chest.

View Course
A youthful male fashion figure may convey a healthy, active look. If a man and woman are standing next to each other, it is advisable that the man is at least the same height or slightly taller than the woman.
The head of a man is drawn less oval than for a woman. The jawline is usually chiseled or squared off. A chin line can be added. Lips are not emphasized and may be drawn using straight, narrow lines. Eyebrows may be emphasized with a nose line. Realistic facial features and clothing details are more characteristic of menswear illustrations. Facial hair may be added if this supports the intended look. Sometimes full beards may be rendered for a particular effect. The neck is drawn thicker than for a woman and is not elongated.

Male Heads and Faces – Male fashion heads are drawn to be more angular than for women. Contemporary hairstyles and facial hair can be added. Credit: Drawings by Hilary Kidd.

The main emphasis for a man is the chest and shoulder area. The shoulders are emphasized and drawn much wider than for a woman while the arms provide additional mass and muscle tone. The waist position is less defined than for women and is drawn in a lower position so that the upper chest and body are more prominent. Stomach muscles can be included if this is appropriate, while the hips are discreet and less curved than for a woman and drawn almost vertically to the upper thigh of the leg. Contemporary menswear drawings and illustrations continue to evolve as men’s fashion has become more diverse and expressive.

In the next step, we distinguish the characteristics that are emphasized when drawing the male figure.