How do enzymes work?

This article provides a brief description of how enzymes act as catalysts in biological situations. Let's explore. 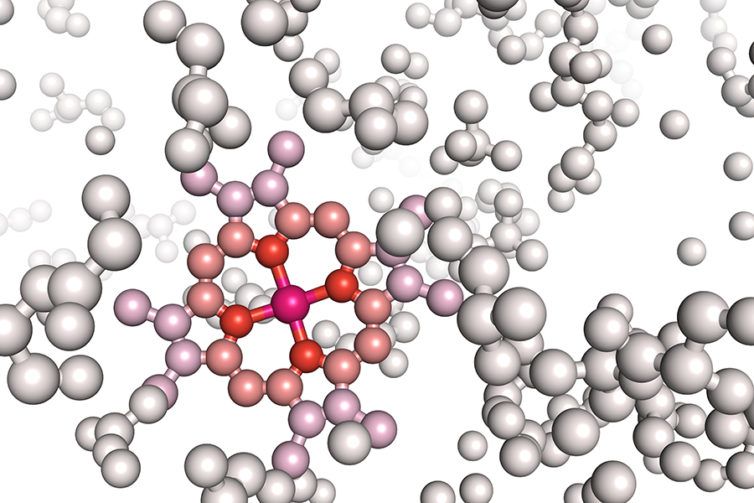 To have a better understanding of how enzymes work inside cells, it is useful to think a little further about how energy influences whether a reaction will take place.

First of all, let’s think more about how temperature influences reactions. By heating up molecules we ensure that a larger fraction of them have the energy needed to get over the energy hill that leads to the reaction when they collide.

Another way to produce the same type of result is to reduce the height of the hill – doing this will also mean that a larger fraction of molecules will have the energy needed to go over the hill. As shown in the image below, this is the situation that occurs when a catalyst influences a reaction.

The catalyst enables the molecules to react without having to have the energy to get over the big hill, so more of the collisions have enough energy to lead to a reaction. Enzymes are the catalysts that biological systems use, ensuring that enough reactions take place at the relatively low temperatures found in most cells.

Effect of an enzyme on reducing the activation energy required to start a reaction where (a) is uncatalysed and (b) is an enzyme-catalysed reaction. (Image credit: Essays in Biochemistry). Creative Commons Attribution Licence 3.0.

Enzymes are generally large protein molecules that do very specific jobs in cells. The structures of a number of different enzymes are shown in our Gallery of Molecules, and we will discuss these at different points during this course.

How do enzymes work?

Enzymes are very specific and will generally only work with one set of molecules. This is because the enzymes speed up reactions in two different ways. First, like all catalysts, they reduce the energy required to undergo a reaction. Second, they are able to hold the molecules in exactly the correct orientation to enable them to react.

Not only do they not have to “climb” such a big “energy hill” they do not have to rely on a collision in just the right orientation.

Where are enzymes used?

Enzymes are used in all reactions that are important in cells. They release energy from food and store it in other types of molecules, and they build other proteins that provide the structures inside cells. Another important role of enzymes is to break down substances that would be toxic to cells.

For example, just by breathing, we produce hydrogen peroxide, H2O2, which would be toxic if it builds up to high levels in our bodies. To prevent the levels from building up our bodies have an enzyme to break it down quickly: catalase-peroxidase.

An example of enzymes at work

A type of catalase-peroxidase is shown in this interactive picture. You will notice that the picture has ribbons running through it. This helps to show the structure of the protein, which is a long chain of amino acids that folds up into the complicated structure you see here.

By pressing “Ball and Stick” you can turn off the ribbons and see all the atoms; pressing “Ribbons” shows both the atoms and the ribbon structure, but “Cartoon” turns off the individual atoms leaving just the overall structure. Often the ribbon or cartoon picture is most helpful when dealing with such large molecules. (Big molecules like this are known as macromolecules.)

If you look at the ribbon or cartoon view you should be able to make out two different types of structure that are common in proteins. There are helical (spring-like) structures which are referred to as an α-helix (shown in pink and purple) and flat areas (shown in yellow) which are known as β-sheets. The rest of the chain of amino acids making up the protein is shown in white as these areas form neither α-helices nor β-sheets.

If you’d like to learn more about biochemistry, check out the full online course from the University of East Anglia, below.