Zealandia is much larger than you might expect. Unlike other continents, it is 93% submerged with only the three islands comprising Aotearoa New Zealand, New Caledonia, and a scattering of smaller islets peeking above the waves. But it was not always so, and that is the beginning of the story of how the geography and tectonic activity of this whenua (land) has led to flora and fauna so unique, it’s one of the closest things on Earth to imagining life on another planet, or in a parallel universe. 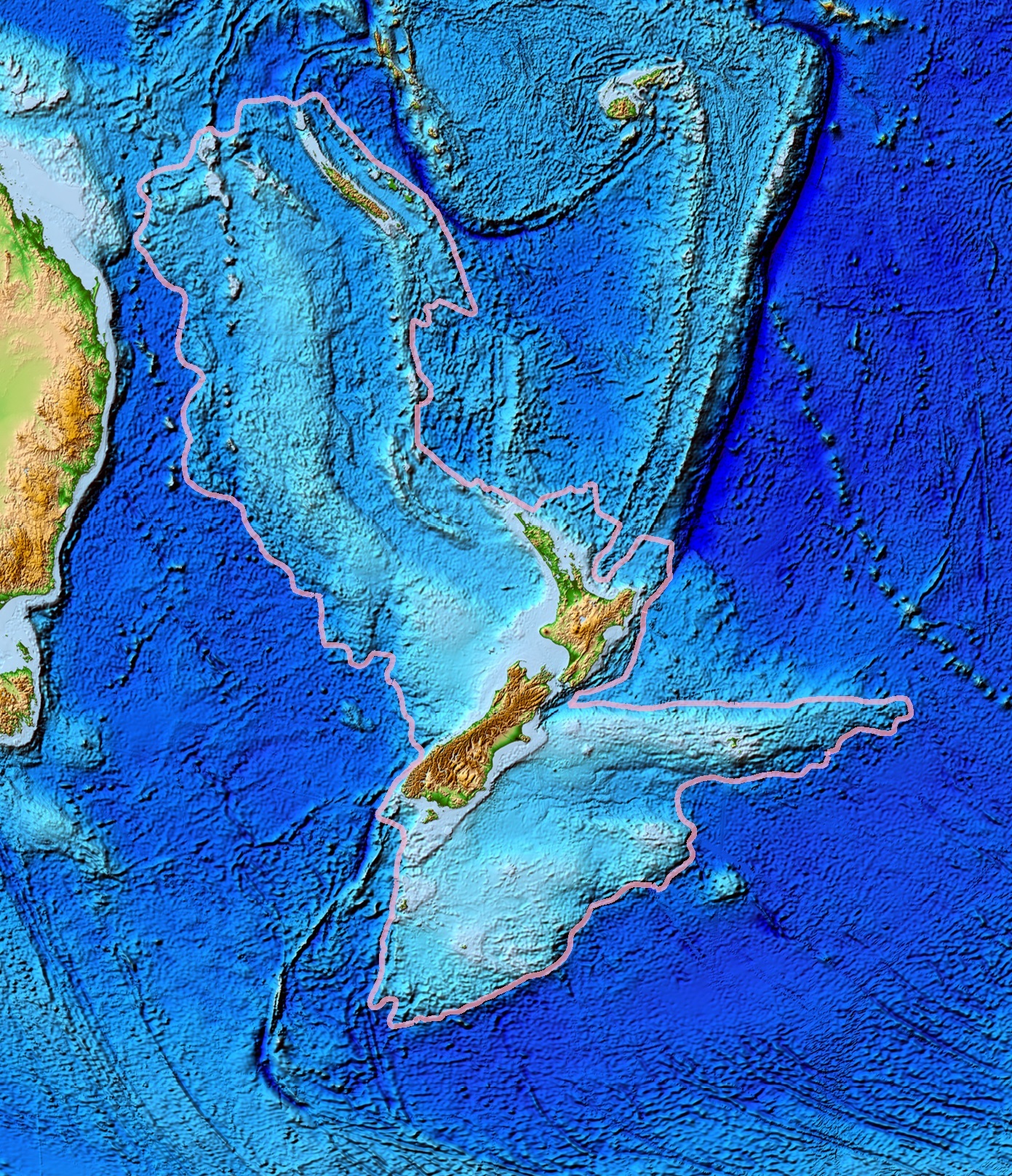 The boundaries of the underwater portion of the Zealandia continent. © Te Papa. All rights Reserved

As you walk through the Te Taiao exhibition in the Museum of New Zealand Te Papa Tongarewa (Te Papa) , a colourful projection beams onto the floor, showing the shifting journey of Gondwanaland. Zealandia first breaks off then submerges and rises, shifting from a large continuous land area to the three islands we know today. This had evolutionary impacts for the animals that became geographically separated by that submersion, or found themselves adapting from a mountainous to coastal environment shift (or vice-versa). There are species in New Zealand that millions of years ago had ancestors living in sub-tropical climates, and as the land beneath them rose, now dwell on mountains that once never existed.

The floor of the Te Taiao | Nature zone at Te Papa. 2019. Photo by Maarten Holl. © Te Papa. All rights Reserved

The Southern Alps are a mountain range that stretch almost the entire length of New Zealand’s South Island. They tell a geological story of New Zealand, where the Australian and Pacific tectonic plates meet. The collision twisted and pushed the earth up under their pressure, and caused a tension that continues today, causing the earthquakes that have earned the country one of its monikers – The Shaky Isles.

New Zealand experiences over 20,000 earthquakes a year – though fewer than 150 are felt by its (human) inhabitants. These quakes are due to the meeting of these two giant plates, and is called The Alpine Fault. This fault delivers a bit of a double whammy to New Zealand, as in the South Island, the Australian plate is being subducted (forced downward by) the Pacific plate. As the land making up the Southern Alps is on the Pacific plate, these mountains are slowly being pushed upwards – by about 7mm a year! 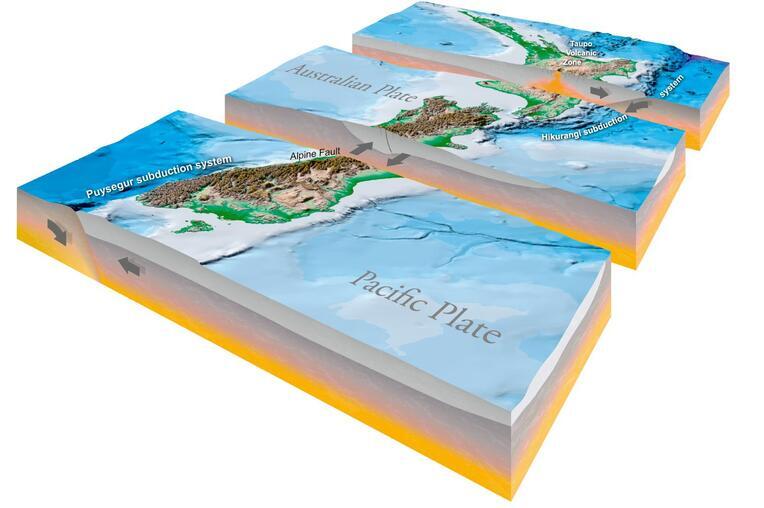 Depiction of the two tectonic plates being subducted differently in the North and South Islands. Image from GNS Science, used with permission.

The North Island abounds with volcanic activity, from the iconic Mount Taranaki cone volcano thrusting to the sky from an otherwise flat plateau, to the much bigger caldera “super volcanoes”, like the one that both formed and still lurks below the entirety of lake Taupō, and finally to the wide volcanic fields where one-off eruptions pepper large swathes of land like beneath the Auckland region. 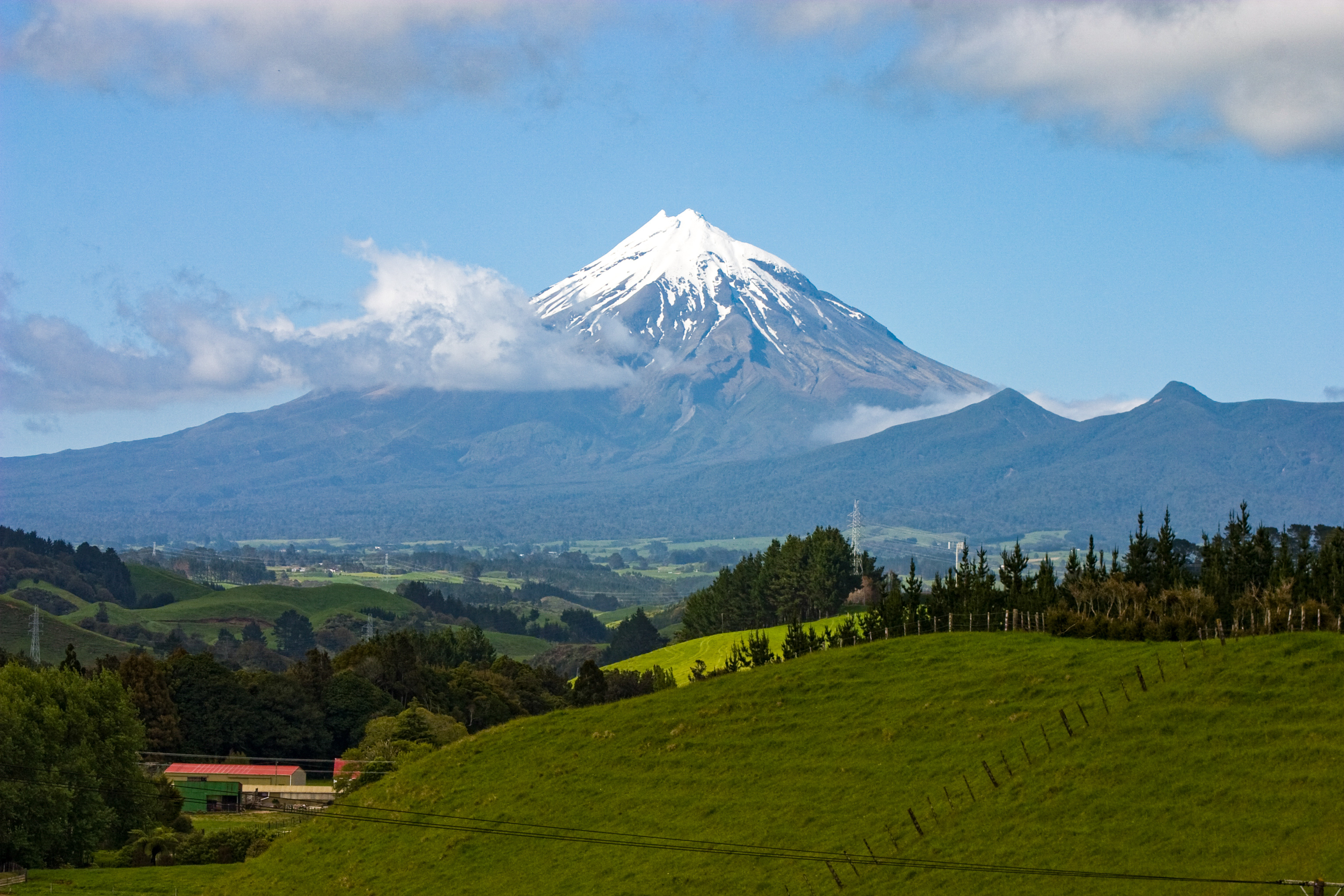 In the next section we will look a little closer at the supermassive caldera beneath Aotearoa New Zealand’s largest lake, Lake Taupō. This caldera is one of the world’s largest volcanoes and has had a dramatic impact on the shape of this whenua (land).