Find out more
Home / Healthcare & Medicine / Genetics / Why Biology Matters: The Genome and You / Key concepts of the interview with Greg Gibson

Key concepts of the interview with Greg Gibson

Concepts to clarify in interview of step 2.5 with Greg Gibson 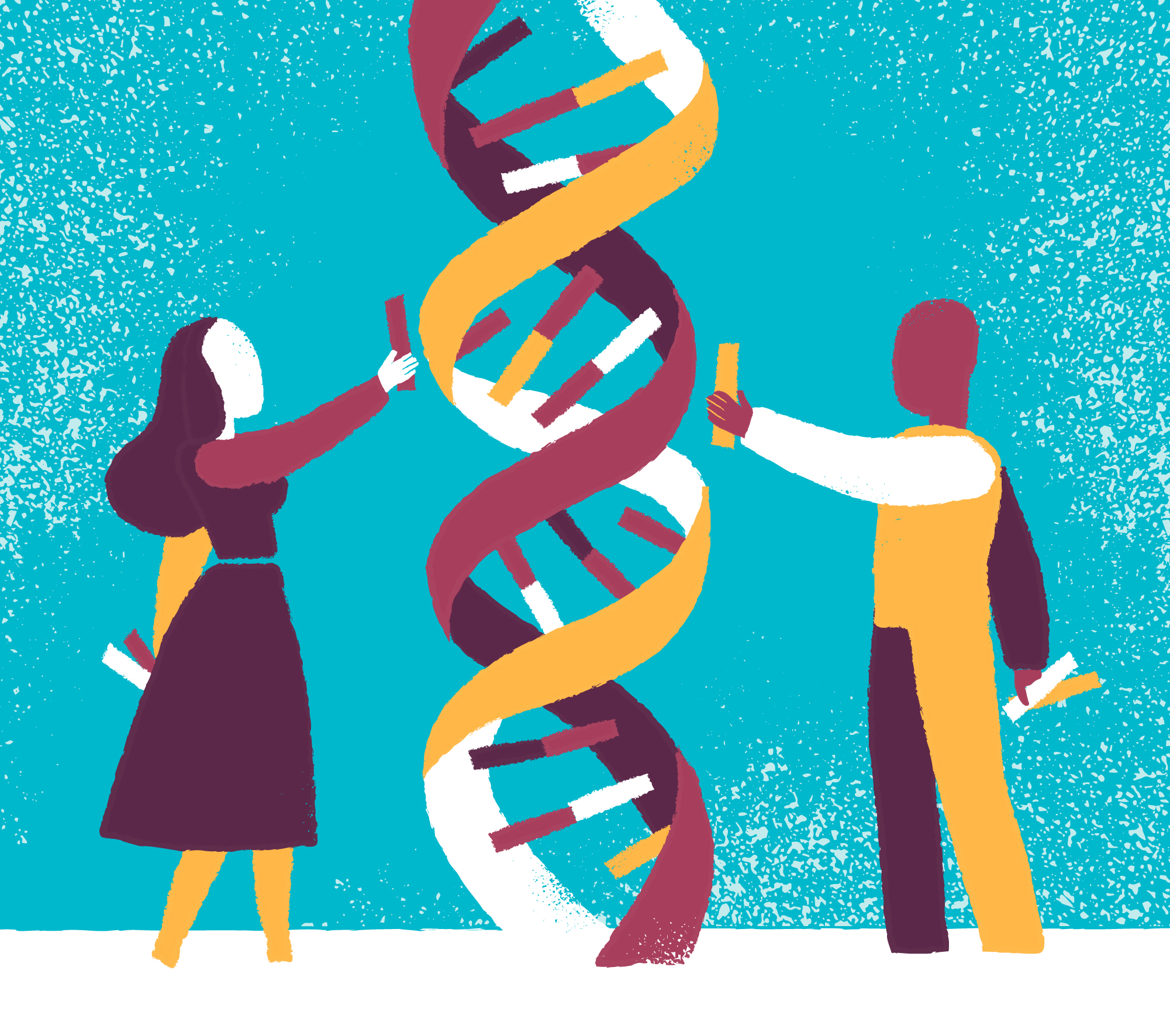 Concepts to clarify in interview with Greg Gibson

Defined in the previous interview for this unit.

Transcriptomics is the study of the transcriptome, that is, the set of all RNA molecules in a cell or population of cells. It thus corresponds to the part of the genome that is active or expressed in that population of cells. Usually it includes the amount or concentration of each RNA molecule, in addition to the molecular identities of each one. The genes that are found to be active in a given study are usually called the expression profile.

Boyle EA, Li YI, Pritchard JK. New concept coined in the publication An Expanded View of Complex Traits: From Polygenic to Omnigenic. Cell. 2017; 169(7):1177-1186. doi: 10.1016/j.cell.2017.05.038. Paper abstract: A central goal of genetics is to understand the links between genetic variation and disease. Intuitively, one might expect disease-causing variants to cluster into key pathways that drive disease aetiology. But for complex traits, association signals tend to be spread across most of the genome – including near many genes without an obvious connection to disease. We propose that gene regulatory networks are sufficiently interconnected such that all genes expressed in disease-relevant cells are liable to affect the functions of core disease-related genes and that most heritability can be explained by effects on genes outside core pathways. We refer to this hypothesis as an “omnigenic” model.

Signal transduction is the process by which a chemical or physical signal is transmitted through a cell as a series of molecular events, most commonly protein phosphorylation (addition of a phosphate group to an amino acid residue of a protein), ultimately resulting in a cellular response that may be, for example, changes in the expression of a specific gene. These molecular events are the basic mechanisms controlling cell growth, proliferation, metabolism and many other processes.

Penetrance in genetics is the proportion of individuals carrying a particular variant (or allele) of a gene (the genotype) who also express an associated trait (the phenotype). In medical genetics, the penetrance of a disease-causing mutation is the proportion of individuals with the mutation who exhibit clinical symptoms. For example, if a mutation in the gene responsible for a particular autosomal dominant disorder has 95% penetrance (is highly penetrant), then 95% of those with the mutation will develop the disease, while 5% will not.

Crohn’s disease is a type of inflammatory bowel disease (IBD) that may affect any part of the gastrointestinal tract from mouth to anus. Signs and symptoms often include abdominal pain, diarrhoea (which may be bloody if inflammation is severe), fever, and weight loss. Other complications may occur outside the gastrointestinal tract and include anaemia, skin rashes, arthritis, inflammation of the eye, and tiredness. Whilst the cause of Crohn’s disease is unknown, it is believed to be due to a combination of environmental, immune, and bacterial factors in genetically susceptible individuals.

The extracellular matrix (ECM) is a collection of extracellular molecules secreted by cells that provides structural and biochemical support to the surrounding cells. Because multicellularity evolved independently in different multicellular lineages, the composition of ECM varies between multicellular structures; however, cell adhesion, cell-to-cell communication and differentiation are common functions of the ECM

The exposome encompasses the totality of human environmental (i.e. non-genetic) exposures from conception onwards, complementing the genome. It was first proposed in 2005 by CP Wild, a cancer epidemiologist, in a paper entitled ‘Complementing the genome with an “exposome”: the outstanding challenge of environmental exposure measurement in molecular epidemiology’. In the paper, Wild stated, ‘At its most complete, the exposome encompasses life-course environmental exposures (including lifestyle factors), from the prenatal period onwards.’ The concept was first proposed to draw attention to the need for better and more complete environmental exposure data for causal research, in order to balance the investment in genetics.

The proteome is the entire set of proteins expressed by a genome, cell, tissue, or organism at a certain time. More specifically, it is the set of expressed proteins in a given type of cell or organism, at a given time, under defined conditions. Proteomics is the study of the proteome.

The metabolome refers to the complete set of small-molecule chemicals found within a biological sample. The biological sample can be a cell, a cellular organelle, an organ, a tissue, a tissue extract, a biofluid or an entire organism. The small molecule chemicals found in a given metabolome may include both endogenous metabolites that are naturally produced by an organism (such as amino acids, organic acids, nucleic acids, fatty acids, amines, sugars, vitamins, co-factors, pigments, antibiotics, etc.), as well as exogenous chemicals (such as drugs, environmental contaminants, food additives, toxins and other xenobiotics) that are not naturally produced by an organism. There is both an endogenous metabolome and an exogenous metabolome.