The salvage crew of the Mary Rose

This article gives a brief summary of the famous tudor warship, the mary rose, and the rich history of life at sea in the Tudor period. 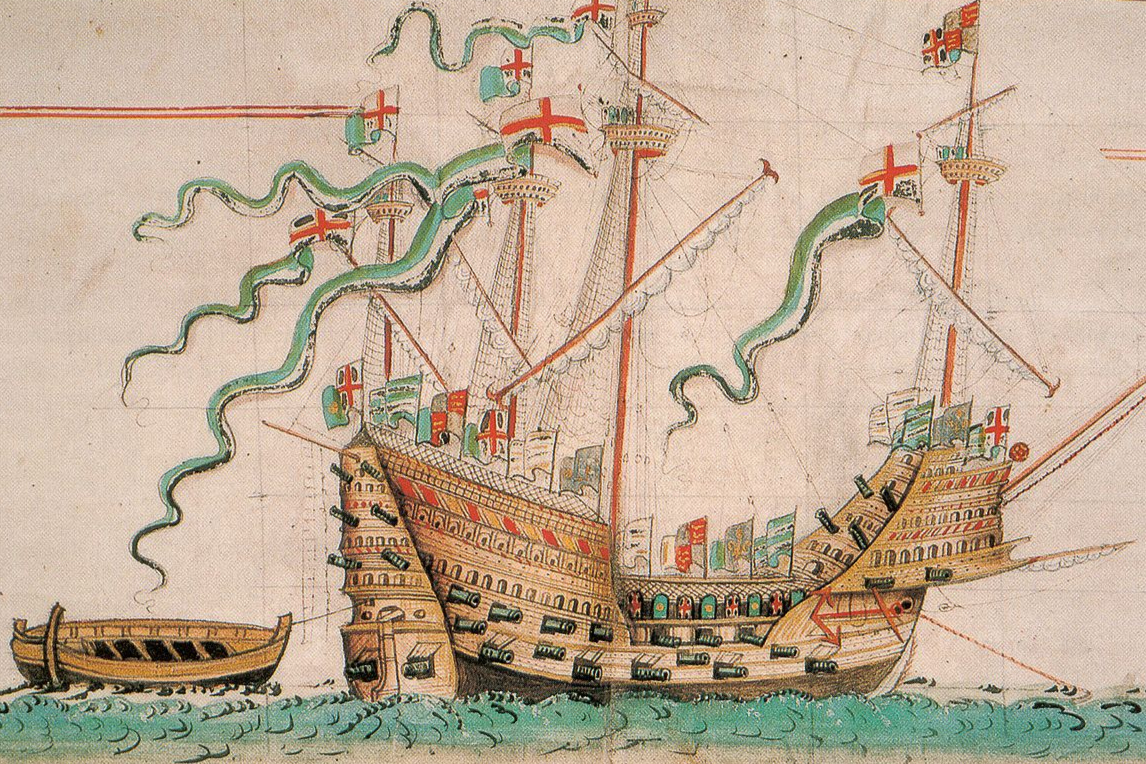 A lot of what we know about Jacques Francis the salvage diver comes from a court case relating to the theft of goods from the wreck of a merchant ship off Southampton in 1546. But before Jacques Francis testified in court, he was one of a small salvage crew of eight men working to retrieve valuable guns from the shipwreck of the famous Tudor warship the Mary Rose.

The Mary Rose can still be seen today in the Mary Rose Museum in Portsmouth after it was finally raised to the surface in 1982. The wreck and its story provide us with rich insights into Tudor ships and life at sea in the Tudor period.

The Mary Rose (launched in 1511) was a warship belonging to Henry VIII, which sank just after setting out from Portsmouth for the battle of Solent against the French in July 1545.

The ship sank in full view of the King and others on the shore, with the loss of the majority of the nearly 500 men on board. Only 35 men are thought to have survived the wreck.

The Mary Rose wreck has also provided us with insights into diversity in Tudor England and aboard Tudor ships. Recent DNA investigation of recovered bones from the crew has indicated that several of the crew were European and two may have been North African in origin.

The crew and its North African heritage

The research indicates that one young mariner had African ancestry but seems to have grown up in southwest England, and two others, an archer and a carpenter may have had North African heritage.

The attempts to recover the ship and its contents

King Henry VIII promptly commissioned a large Venetian salvage crew to attempt to lift the valuable ship in August 1545. They tried to pull on the masts to right the ship, intending to use cables hung between two other ships to raise her from the ocean floor.

Despite a crew of 31 men using pulleys and other specialist equipment, this attempt failed, breaking one of the ship’s masts.

After recovery of the ship itself was abandoned, the King commissioned a Venetian named Peter Paolo Corsi to recover the valuable guns from the wreck.

Corsi’s team of eight divers was led by Jacques Francis, and also included men named John Iko and George Black. It’s possible from the names of these men and their swimming and diving skills that they and the rest of the team were also African.

The story of the shipwreck of the Mary Rose and the attempts to recover the ship and its contents soon after it sank indicate the economic and military importance of salvage diving in the period.

Shipwrecks were common and as well as the devastating loss of life involved, ships were expensive investments that carried valuable merchant goods or military equipment.

However, the skills needed to salvage them were very rare.