In this article, we'll be exploring the nature of Tudor trade with Africa, and discussing how England had to compete with Portugal. 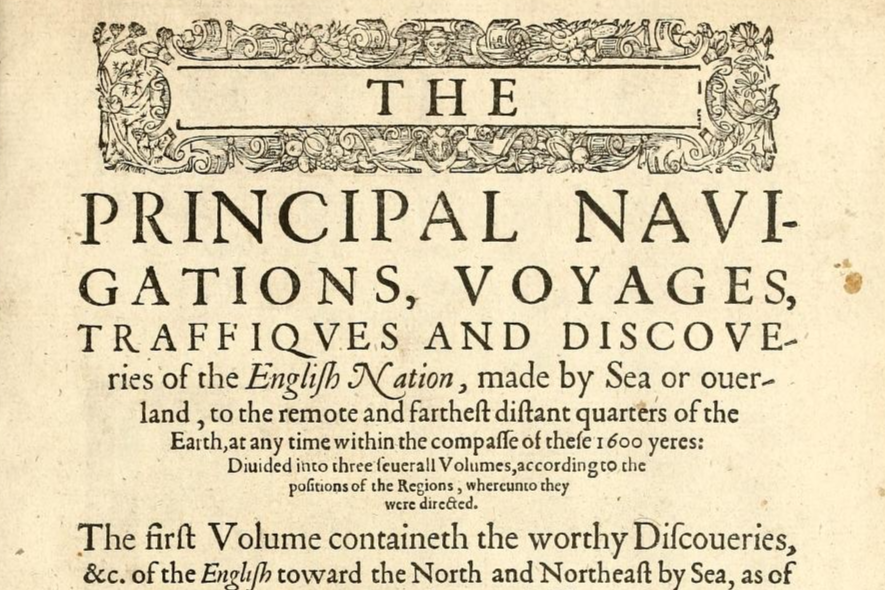 From the mid-16th century onwards, there were increasing opportunities for encounters between Africans and English merchants through the expansion of trade routes.

In the Tudor period, we start to see Africans coming directly from Africa to England on English merchant ships.

We’ll look at the stories and experiences of Africans who came to England at this time. Their stories indicate that the reasons for these journeys could be complex and varied.

Appreciating the background of the development of trade with Africa can help us to understand these individual stories.

Africa Before the Arrival of Europeans

In 1962, Oxford historian Hugh Trevor-Roper falsely asserted that Africa had no history, that “There is only the history of Europeans in Africa. The rest is largely darkness.”

Although we are looking at the history of the English in Africa on this course, it is important to stress that Africa of course had a rich and fascinating history before Europeans arrived and that we cannot fully understand the nature of the encounter between Africans and Tudor Englishmen without some grasp of that history. You can read more about medieval African history in some of the resources below.

Nature of Tudor Trade with Africa

What did trade with Africa involve and why was it attractive to Tudor merchants?

Alongside the Moroccan trade, English merchants sought opportunities to gradually expand to the south, to the coastal areas of West Africa, stretching from modern Senegal to Nigeria that they referred to as ‘Guinea’.

Records from the time such as those of Richard Hakluyt tell us that prized African goods included Gold, Ivory and the spice Meleguetta Pepper. Meleguetta Pepper was a valuable spice also referred to as ‘Grains of Paradise’. It was used medicinally, and to improve the quality of wine and spirits.

These trading interests remain today in the names ‘Ivory Coast’ and ‘Gold Coast’ (the English also referred to the ‘Grain Coast’, though the name has not survived on modern maps).

In the Black Tudors course, we will examine the activities of John Hawkins, who conducted four slaving voyages trafficking people from Africa to the Spanish Caribbean in the 1560s.

Clearly, the English were willing to enslave Africans abroad, but how typical were Hawkins’ voyages?

Were Africans Taken by Force by English Merchants?

Also in the course, we’ll be looking at the stories of several Africans who travelled to England directly from Africa with English merchants.

Were these men taken by force? Or did they come willingly? If they chose to go to England, what were their motivations for making the long and dangerous journey?

Competition for African Trade with Portugal

How did competition with Portugal impact the development of trade with Africa?

The expansion of Tudor trade in Africa reflected a period of competition for African trade between Tudors and other Europeans.

Initially Portugal dominated trade with West Africa for the better part of two centuries, from its first voyages under King Henry the Navigator in the 1430s. They established trading forts along the coast such as on the island of Arguin, Jacques Francis’ likely birthplace, and Elmina Castle in modern day Ghana.

Though Portuguese trade focused on gold, ivory, pepper, they also began to traffick Africans back to Europe and across the Atlantic.

In the second half of the 16th century, France and England increasingly tried to compete for trade in West Africa against Portugal. African merchants were able to take advantage of European rivalries to keep prices high.

How did Tudor trade with Africa develop and progress?

The first recorded English voyages to West Africa were in the 1530s by William Hawkins, father of John Hawkins. These early voyages were to Brazil with trading stops in West Africa.

An account by Hakluyt tells us that William Hawkins traded with Africans from River Cestos on the coast of modern-day Liberia for “elephants teeth (ivory) and other commodities”.

From 1553, English merchants began to make voyages specifically to West Africa. For example, John Lok visited parts of modern day Liberia and Ghana with three ships in 1554, trading with the inhabitants of River Cestos for Meleguetta pepper, ivory, and an entire elephant’s head.

What kind of goods were traded by Tudor merchants in return? Records from English Merchant ships indicate that silks, satins and other fabrics, brass and iron goods including axes, kettles and rings, and wines and spirits were popular with African traders.

Towards the end of the 16th century Tudor trade with West Africa became formalised through the setting up of the first Guinea Company in 1588. Queen Elizabeth I granted a small group of merchants based in London and Devon the exclusive right to trade along the coast between the Senegal and Gambia rivers for 10 years.

This right to a trade that Portugal claimed as its own, was based on authorisation from one Don Antonio, a claimant to the Portuguese crown, living in exile in London.

Although Portugal had been ruled by King Phillip II of Spain since 1580, it suited English purposes to recognise Don Antonio’s claim, and they even made an unsuccessful attempt to put him on the throne by force in 1590. According to the Queen’s grant, the Guinea Company were required to pay Don Antonio 5% of their profits, a promise they did not keep.

After the creation of the first Guinea Company, a series of other trading rights were granted to groups of English Merchants throughout the century and early 17th century. However, the trade remained sporadic. It has been estimated that the English made fewer than 50 voyages to West Africa before 1600, rising to closer to 150 by 1650.

Records for Tudor Trade with Africa

What records and sources provide us with evidence of Tudor Trade with Africa?

A detailed source for the period is the writing of Richard Hakluyt in his book The Principal Navigations, Voyages, Traffics, and Discoveries of the English Nation first published in 1589 and in an expanded edition in 1598-1600.

Hakluyt’s collection provides detailed descriptions of specific voyages to Africa and other parts of the world by English merchants, helping us to build up a picture of the development of Tudor trade.

Other contemporary accounts come from letters and accounts by individual traders and ship’s chaplains such as the account which tells the story of Dederi Jaquoah, the Prince of River Cestos. They can also be found in legal cases, such as the case of Don Antonio who sued the Guinea company merchants for not paying him his share.