In this article, we examine the lives of Black women who left traces in the archival records of 16th and early 17th century England. 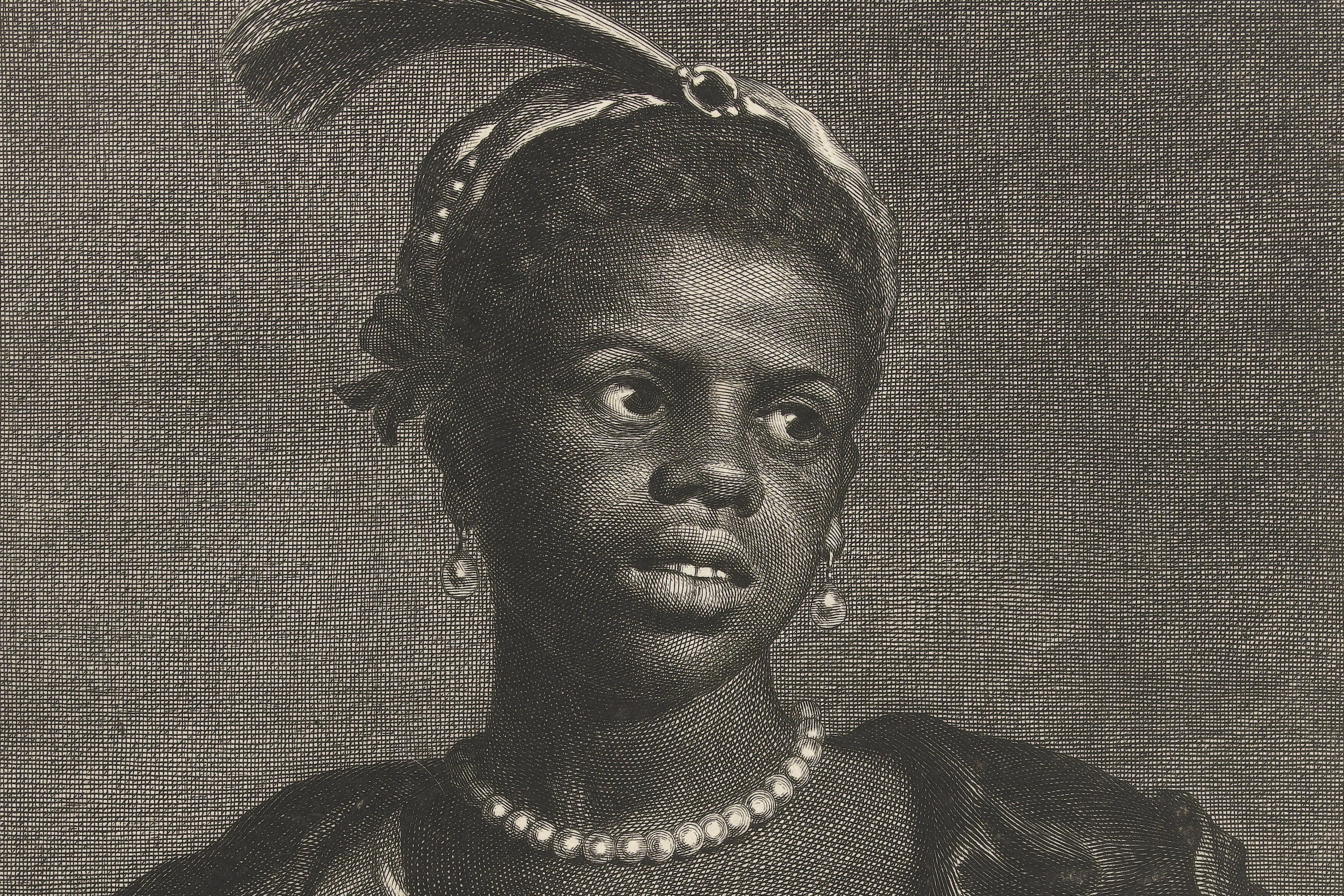 In this article, we examine the lives of Black women who left traces in the archival records of 16th and early 17th century England. Just like the Black Tudor men, we have records of Black women from English baptism, marriage and death records, as well as from court case records.

In the Tudor and early Stuart period, before the intensive development of British colonial slavery, records show Black women integrating within their communities.

How did African Women come to England?

There were a number of routes by which Africans typically came to England, and the stories of Black Tudor Women follow a similar pattern.

We see some women such as Mary Fillis from Morocco arriving directly from Africa as a child. This was likely with English merchants in the expanding trade with North Africa in the 1580s.

There are also examples of Black women who arrived from European countries with large African populations such as Portugal. These include Mary and Grace, two servants of the Portuguese converso merchant Dr. Hector Nunes. There is also a record of an unnamed Black woman who arrived from Italy with the Countess of Arundel in the 1620s.

Thirdly, some of the women who came to England would have arrived as a result of privateering activities and raids on Spanish colonial ports. This might explain the presence of African women working in the households of privateering merchants like Paul Bayning.

What Kind of Occupations were they Involved in?

Records indicate that many women became domestic servants, like Mary Fillis. However, servant roles could be varied and specialised in larger aristocratic households. Like Edward Swarthye’s porter role, women could also learn specialist skills required in specific serving roles. For example, we have a record of a Grace Robinson who was a laundress in the household of Lady Anne Clifford at Knole House in Kent.

In the example of Mary Fillis, we know from her baptism record that she had more than one role in different households. During her first position in a wealthy merchant family, and her later work for the seamstress Millicent Porter she would have an opportunity to gain a range of skills, including sewing.

There are also records of an independent single woman, Cattelena, from Almondsbury in Gloucestershire. The inventory made of her possessions after her death, shows us a Black woman living independently and owning a modest number of items, the most valuable of which was a cow. The cow would help to supplement her own food as well as provide a small source of income.

More unusually, we also have a record of the Westminster prostitute Anne Cobbie. In a court case record in which she is referred to, a witness testified that she was one of the more sought after women in the establishment where she worked.

Baptism and Acceptance within the Christian Community?

There are baptism records of African men such as Dederi Jaquoah, and we have a similarly very detailed record of the adult baptism of Mary Fillis.

In the baptism of Dederi Jaquoah, members of the church community were recorded as witnesses to Mary’s baptism and as her godparents.

We can also see how the baptism process involved religious instruction prior to the ceremony, which could provide an opportunity for converts to improve their English and reading skills. We see this in the baptism of Mary Fillis who was questioned about her beliefs, and asked to recite prayers and articles of faith.

Scholars disagree over whether the Christian baptism of Africans in this period signified a culturally arrogant effacement of their previous African religious identities, or whether it signaled a welcome to the wider Christian community, in which all were seen as equal in the eyes of God.

African Women in England and Marriage

It’s possible that Africans such as Mary Fillis who were baptised as adults did so in order to marry.

Due to the relatively small number of Africans in England, it’s more likely that African women would have relationships with and marry English men.

One example of a marriage of a Black woman and an English man comes from Bristol in 1600 where one ‘Joane Marya a Black Moore’ was ‘now the wife of Thomas Smythe’, a craftsman who made weapons for a living.

The church court records provide greater evidence of relationships with Englishmen outside marriage. From Stepney in London in 1632, there is a record of ‘Grace, a blackamoore…living incontinently with Walter Church’.

Between 1578 and 1640, records show at least 26 illegitimate mixed-race children were born to Black women.

Aside from the story of the prostitute Anne Cobbie, there are hardly any other known Black prostitutes in this period in the records. There is more evidence that African men visited English prostitutes rather than the reverse.

How did the lives of Black Tudor Women and Men differ?

As women in Tudor and early Stuart England, they would have fewer opportunities to earn a living from skilled labour. However, there are examples of African men working as musicians, divers, porters and in roles involving trade and at sea.

This varied range of opportunities would be much more limited in the lives of Black Tudor women. Many would need to look to men for support, whether through marriage, extra-marital relationships or prostitution. And of course, the biological realities would frequently leave them with children to support.

There are debates surrounding whether Africans were enslaved in Tudor and early Stuart England. Although there was no explicit legislation on the matter, scholars disagree on the extent to which Africans lived freely in practice.

As women in a patriarchal society, we should also think about how their lives were constrained by their gender, perhaps more so than by their ethnicity.