Black Tudors: Who Was Anne Cobbie?

We glimpse Anne Cobbie in a 1626 Court Case recorded in the Westminster, in this article we explore her work as a sex worker in the Tudor period 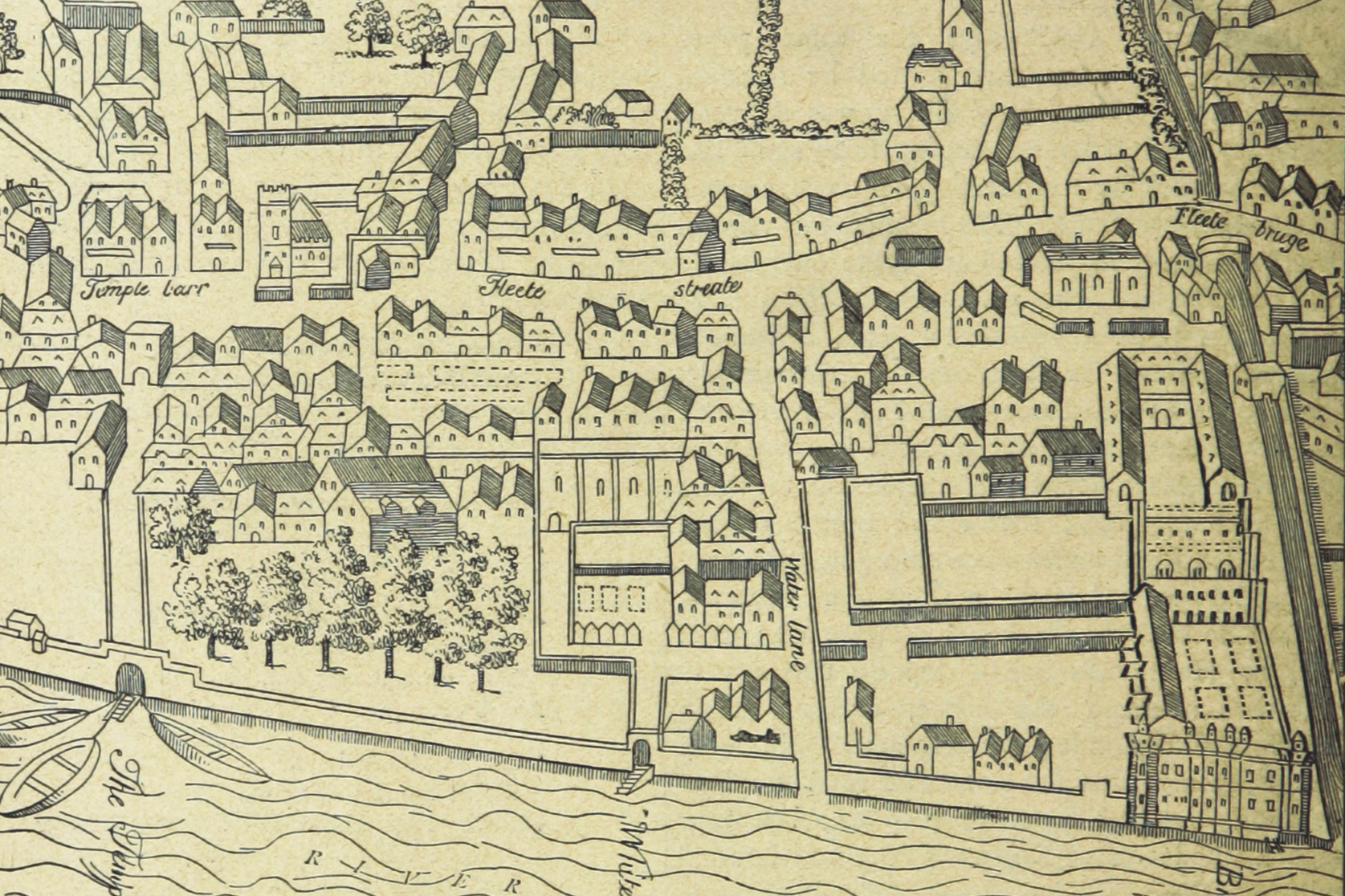 We glimpse Anne Cobbie in a 1626 Court Case recorded in the Westminster Court of Session Records, when a witness testified:

“There is one Anne Cobbie a tawnie Moore that is often at the said Bankes his house and this informant saith she had heard her and divers men report that they had rather give her a peece to lie with her then an other 5 shillings because of her soft skin.”

A ‘peece’ or piece was a gold coin, worth 22 shillings, and so Anne was earning over four times as much as the other women.

View Course
From this tantalising fragment and the rest of the court case, we can deduce that Anne Cobbie was a sought-after prostitute who was known to work at a ‘bawdy house’ or brothel belonging to John and Jane Bankes in the St Clement Danes’ parish in Westminster in modern day London.
There are different kinds of language used in records to refer to those of African ancestry. The fact that Anne was described in the court case as a ‘tawny Moor’ may suggest that she was of North African heritage or possibly of mixed heritage.
Westminster in the Tudor and Stuart Period
Westminster at that time was officially a separate city, in the county of Middlesex, immediately to the West of the City of London. In 1585 in a draft Act of Parliament, Westminster was considered to be the location of:

“ Sundry great murders, riots, routs, frays, robberies, adulteries and other incontinent life … and many other the like shameful sins”

Were there Other Africans in Westminster in this Period?
There are records of Africans living in Westminster since at least 1571. In that year, ‘Margrueta, a Moore’ was buried at St Martin in the Fields Church.
Between 1586 and 1624, eleven Africans are recorded in burial records in Westminster, including three in Anne Cobbie’s parish of St Clement Danes. There were five baptisms of Africans in Westminster between 1620 and 1634.
As Westminster was a place where many nobles, gentlemen and politicians had homes, some of these Africans appeared in their households. Examples include Fortunatus, servant to Sir Robert Cecil, Mary, a maid to William Stallenge, former MP for Plymouth, and an unnamed African woman who arrived from Italy with the Countess of Arundel in 1623.
The Arundels had encountered several Africans during their stay in Italy which we can see from Van Dyke’s paintings during the period. He was a part of the Arundel circle in Venice
Why Might Women Become Prostitutes in Tudor and Stuart England?
How and why might Anne Cobbie have become a prostitute or sex worker?
While we know nothing of Anne Cobbie prior to her work at the Bankes’ Bawdy House, other court cases and records from the period can provide clues. Often prostitutes had been servants who were tricked into the possibility of a better position, or seduced by unscrupulous men promising marriage.
Women could be forced into prostitution through poverty on arrival in London from the countryside, or perhaps in Anne’s case, from another country. Court cases also sometimes indicate that employers, or even parents could be involved in forcing young women to become prostitutes.
What do we Know About the Banke’s Bawdy House?
Anne frequented the Bankes House along with other women, but the indications are that she lived elsewhere. It’s possible that she may have worked in more than one Bawdy House at the time. The names of several other women were recorded at the Bankes House indicating women coming and going.
What do we Know About the Bankes’s Themselves?
We know from the Court Case that John Bankes was a tailor and that his wife ran the brothel as an extra business. It’s possible that his wife may have been in charge, or that both of them ran the brothel together.
Would Anne Cobbie be Paid Well?
In the court case papers, it’s recorded that one of the other women considered Anne Cobbie to be especially popular due to her soft skin. This woman notes that men were prepared to pay a gold piece worth 22 shillings to lie with Anne Cobbie rather than pay 5 shillings to others.
It’s important to note that Anne is another example of an African person in England earning wages, a key indicator of freedom.
The court case records don’t indicate that Anne Cobbie was dependent on the Bankes, or that she was any less independent than the other women working there. It’s likely that she paid for a room at the Bankes House, and then, like others at the time, split her earnings 50/50 with Mrs. Bankes.
We also have information about prostitutes from the Bridewell Prison records. These show that a percentage of clients for prostitutes could be apprentices and servants, and that clientele would vary depending on the area.
Typically there was a sliding scale from ‘sixpenny whores’ working on the street to high class courtesans who could command higher prices from gentry and aristocratic clients.
The Westminster location of the Bankes’ house was conveniently close to the City for gentry visitors, lawyers from the Inns of Court, and aristocrats visiting their London houses. It’s likely that this would ensure that Anne had a wealthy, higher class of client, and the court case statement on her earnings supports this.
As an example from literature, in ‘Westward Ho’ from 1604, the prostitute character Luce was kept generously supplied in silks, lodgings, jewels and delicacies by money from the Inns of Court men who were her clients.
Records and literature of the time indicate that prostitutes often wore rich silks, furs, jewels and other luxurious clothes.
For example, the heroine of Thomas Cranley’s 1635 poem, “Amanda: or the Reformed Whore”, wears:

“…gowns, jewels, ruffs, muffs, fans and perfume in abundance: Now in the richest colours maybe had, The next day, all in mourning blacke, and sad . . . The next time, rushing in thy Silken weeds, Embroyder’d, lac’t, perfum’d, in glittering shew, Rich like a Lady, and attended so.”

Were Prostitutes Imprisoned and Punished?

Prostitutes of the time could be punished for carrying on their profession. This would mean imprisonment in the Bridewell prison, where women could be forced to work on menial tasks such as spinning hemp. Other punishments could include flogging, a fine or banishment from the city.

Brothels might also be shut down by the authorities. In the 1630s there are records of prostitutes who were punished by being sent to Virginia. Other punishments proposed (though rejected) included branding and the death sentence.

In the court case, one woman is referred to as sick with the pox, and this was clearly a hazard for women such as Anne Cobbie.

Many poems, plays and other writing of the time refer to the hard life of prostitutes, often ill and with broken health by their 30s.

Pregnancy would also be a hazard, and a recorded example of a half African child abandoned at nearby Somerset House in 1626, could be symptomatic of this danger. Given the timing and location of this, it’s just possible that the baby was actually Anne’s.

Were there other Black Prostitutes?

An examination of the Bridewell Prison records by Professor Duncan Salkeld reveals that there were few Black and African prostitutes, disproving the assumption that Black prostitutes were prevalent in Tudor and Stuart London.

In fact there is more evidence in the Bridewell cases of African men visiting English prostitutes in this period. This is an interesting indication that these men had enough disposable income to spend in this way.

Comparisons between the Tudor and Stuart Period, and the Eighteenth Century

Anne Cobbie was unusual for this period, though the numbers of Black prostitutes or sex workers would increase over the following two centuries.

In a play of 1658, a character described as a ‘wencher’ boasts that he has ‘tasted . . . of all complexions, from the white flaxen to the tawny-moor’.

In reflecting on the life of Anne Cobbie, we need to take care that we are not reading backwards from the 18th century when black prostitutes or sex workers are much more frequently found in the records.

One notable example in 18th Century London was ‘Black Harriott’.

She was an enslaved African woman working as a prostitute in the 1770s with a prestigious client list of MPs and prominent men. Records tell us that she was born and later enslaved on the coast of Guinea in West Africa and taken to Jamaica where she was sold to an English plantation owner.

Harriot gained an education, learning to read and write, before travelling to London. She became the plantation owner’s mistress and had two children with him. After his death from smallpox, she was left destitute in London, and to earn a living ran her own establishment.

However, as we have seen, records indicate that there were far fewer black prostitutes in the earlier Tudor and Stuart period in comparison with the 18th Century.

Anne Cobbie appears as an exception in the records of this period, rather than as part of a historical trend.