Could geo-engineering be a viable option to help save our oceans? In this article, we discuss using it to tackle ocean acidification.
© University of Exeter

We’ve looked a lot at mitigation and adaptation responses to climate change – but could geoengineering help reverse ocean acidification?

Which type of geoengineering?

Let’s remind ourselves of some key equations in ocean acidification:

Ships would be used to add the limestone powder a few times a year across the oceans. There will be an energy cost in mining the limestone and grinding it down to a very small particle size – but this could be achieved using renewable energy to avoid creating a CO2 source.

The process won’t harm life in the oceans because carbonate weathering happens naturally anyway – it will just be speeded up. The total cost has been estimated at $40-45bn a year, and the process needs to be continued for over 100 years to be truly effective (requiring international co-operation and major investment).

In a similar principle to adding limestone powder, dissolving olivine (Mg2SiO4) could enhance the sequestration of carbon dioxide. For every gram of olivine dissolved, 0.28g of carbon is sequestered. This is equivalent to the natural process of silicate rock weathering. It would help buffer ocean acidification by supplying alkalinity to the ocean (the Mg2+ ions ultimately combine with CO2 to produce MgCO3).

It would take around 100 dedicated ships to distribute olivine over an ocean surface area large enough to make a difference. Alternatively, olivine particles could be added to coastlines where the natural action of the waves would enhance their dissolution. 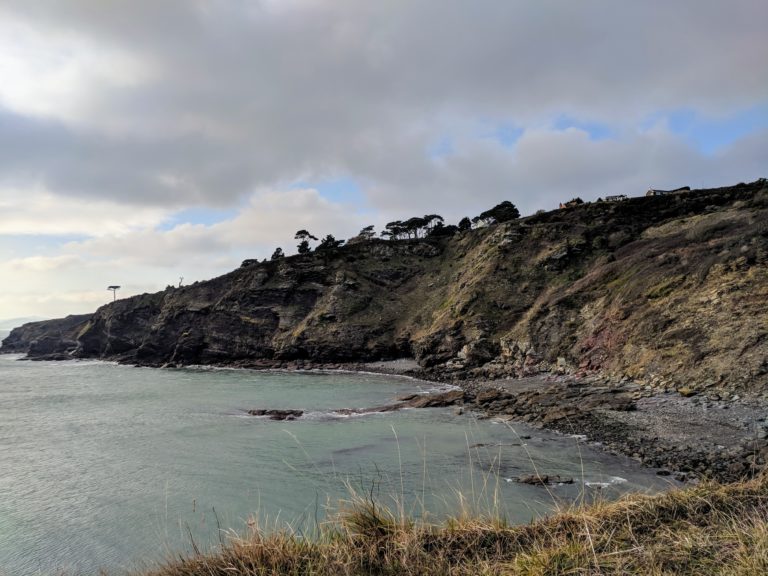 Could adding olivine partlices to coastlines be the solution to ocean acidification?

Rather than adding carbonate or silicate rock powder to the ocean with ships, it could be added to the land instead, where it will dissolve and be washed to the ocean. This approach simply accelerates normal, slow processes of weathering that lead to carbon dioxide being locked up in carbonate rocks on the ocean floor. It works because small rock particles dissolve much faster than natural larger ones.

If we can enhance the weathering across one-third of the world’s tropical regions, then we could ameliorate ocean acidification by 2100. This approach will enable calcifying organisms (such as corals) to continue calcifying and keep ecosystems such as coral reefs from dying out completely under acidification.

Up to 1 PgC could be sequestered per year via this mechanism – around 10% of anthropogenic emissions. But grinding rocks to tiny particles and distributing them across the land costs energy and carries health risks as the particles are breathable. Proposers of the technique suggest it could cost anywhere between $60-600 trillion, noting:

Enhanced weathering is a sobering indication of actions that may be required if fossil fuel emissions are not phased down rapidly.

Enhanced weathering techniques do have an advantage over traditional carbon capture and storage solutions in that carbon dioxide isn’t being stored under pressure as a liquid, but as a rock. This makes it much more stable and unlikely to be leaked again.

What do you think about these solutions to ocean acidification? Are they viable? Are there any alternatives?