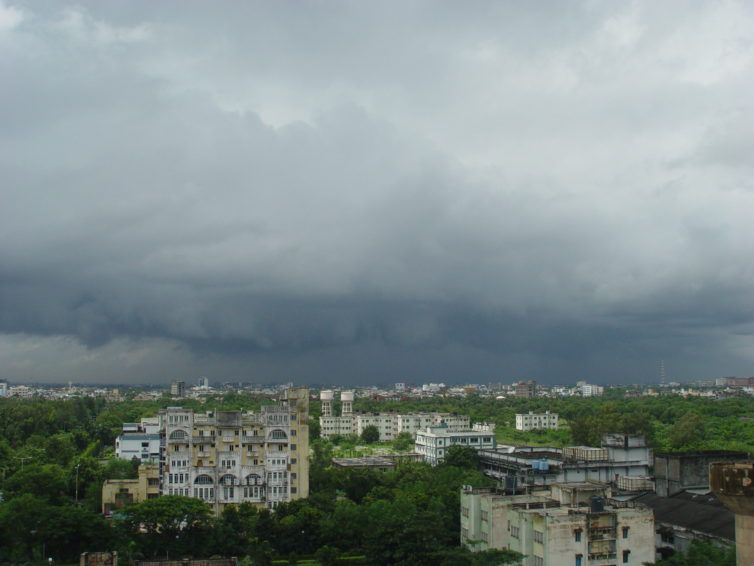 The word ‘monsoon’ tends to be used very loosely to describe any particularly prolonged spell of wet weather. In fact the word has a very specific meteorological meaning. It is applied to climates that experience very distinct shifts in wind direction through the seasonal cycle, which are also usually accompanied by quite abrupt changes in rainfall rates.

The word monsoon derives from the Arabic word for ‘season’ and was first applied to the winds in the Arabian Sea which are north-easterly during the winter months but shift to south-westerly during the months of May to October.

True monsoons only occur within the Tropics, and specifically in places where there is a large tropical landmass situated off the equator on the poleward side of a warm tropical ocean. Northern Australia, South Asia and West Africa all fulfil these criteria as shown on the rainfall maps in Figure 1. Northern Australia experiences its monsoon during southern hemisphere summer (December –January) whereas the West African and south Asian monsoons occur in northern hemisphere summer (June-August). 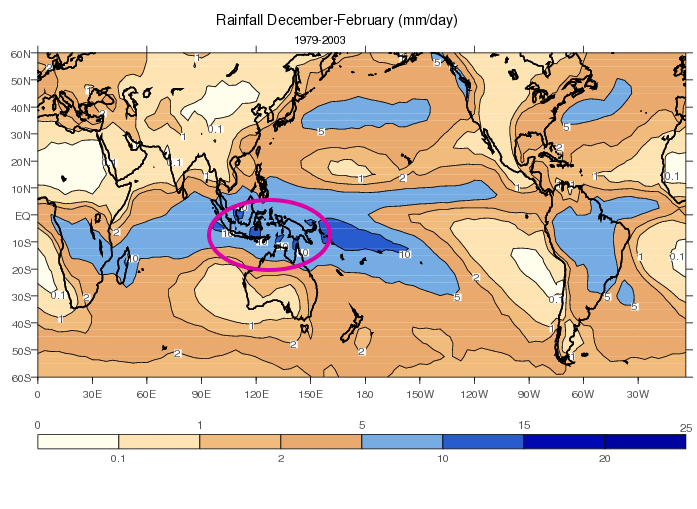 Figure 2: Rainfall map for June-August – amounts in mm per day. The red ovals show the major monsoon regions in South Asia and West Africa in June-August.

Whilst everywhere in the Tropics experiences a seasonal cycle in rainfall with the heaviest rain tending to coincide with the time of year that the Sun is overhead, in monsoon regions this seasonal cycle is strongly exaggerated. As the landmasses heat up during the spring and early summer the air over the land starts to rise. This rising air needs to be replaced near the surface and this occurs through winds blowing in from the warm ocean on the equatorward side of the landmass. These winds are laden with moisture and as they pass over the land they also start to rise and form clouds.

Whilst it doesn’t rain every day during the monsoon season, this pattern of rising air over the land and moisture laden winds arriving from across a warm ocean leads to very high rainfall totals through the season. Over India, 80% of the annual rainfall arrives during the monsoon months and in some parts of the country several metres of rain can be expected to fall over the season.

Whilst monsoons are a reliable source of rainfall for the regions in which they occur, there can be a lot of variability in the strength of the monsoon from year to year. Over India for instance the monsoon tends to be weaker (ie drier) in years when an El Niño event is developing in the Pacific, and stronger (ie wetter) in years with a La Niña. Within each monsoon season too there is variability with monsoons going through ‘active’ (wet) and ‘break’ (dry) phases which can last from a few days to several weeks. An extended break phase during the monsoon can have serious consequences for crop yields as agriculture in monsoon regions tends to rely heavily on the rain falling during the wet season to irrigate the crops.

The Indian monsoon is probably the best monitored and documented of the world’s monsoon systems. If you’d like to learn more about this monsoon system the Monsoon Online website, maintained by the Indian Institute of Tropical Meteorology, is a useful resource. One of its best features is that it displays rainfall data for India in near real-time so that you can monitor the progress of the monsoon through the season. There is also information about how the strength of the monsoon is forecast and records of monsoon strength going back to the 19th century.