You won’t believe this one cool step that will change the way you think about news headlines forever!

In this article, Alice Bennett reads the 'fake news' in the Corrections and Clarifications column. 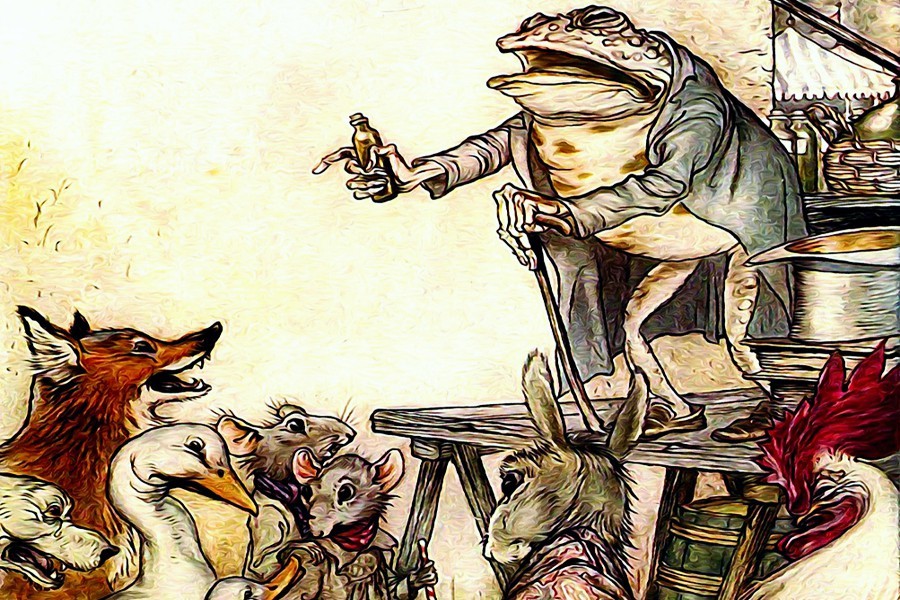 News headlines want to grab our attention. By its very nature, the news tells us about events out of the ordinary….

But which is a more accurate reflection of everyday life?

In seeking out the out-of-the-ordinary and reporting on that, the news industry can distort our perceptions of what is normal. And that can have a huge effect on our wellbeing.

The increased consumption of online news is driving more new media towards sensational and attention-grabbing headlines. If your work is measured by site hits or views – important measures if you are selling advertising space – you need a headline that will bring in readers.

In September 2018, the BBC news website ran a story under the headline “The tree that bleeds… metal?”. Is this science fiction? No – it’s about the ability of certain plant species to absorb and re-use chemicals from their environment, typically to deter insects and other predators. In this case, researchers found that the tree species Pycnandra acuminata exudes a sticky sap which can be up to 25% nickel. This is hardly bleeding metal. Given the scientific complexity of the story, can a headline be expected to reflect it, or is it better to draw readers in, then offer the details? By contrast, in the same month The Guardian ran a story under the comparatively prosaic headline “Probiotics ‘not as beneficial for gut health as previously thought’”. This headline accurately reflects the content of the article (and the research on which it reports) without sensationalism. But which will attract more readers?

Mistakes are an almost inevitable part of news reporting: breaking stories move quickly, and what can be thought to be fact can change as more information arrives. Some mistakes are more easily avoided: more rigorous fact-checking before publication would prevent many publication errors.

But what do you do when you make a mistake?

This was the problem faced by American news site Guardian Liberty Voice. They freely admitted making mistakes in their reporting of PETA warnings about the Game of Thrones television series, but refused to take the article down, giving the statement:

“PLEASE NOTE: The following article was based upon reports that PETA has launched a campaign against HBO’s Game of Thrones for displays of animal cruelty in the popular series. We have been contacted by People for the Ethical Treatment of Animals denying the allegation. Further investigation disclosed that the story was originally published by a satire site and was then picked up by other media outlets, including Guardian LV. We regret that we have helped to perpetuate this hoax. PETA is an ethical organization that is deeply committed to an important cause and any implied disrespect for their work is deeply regretted. PETA has asked us to take the article down, but we are unable to do that because it violates our policies. We believe that simply taking down an article isn’t good enough because we don’t want to create the impression that we didn’t make the mistake. We did. We regret it, and beg your pardon.”

Does the amended article headline do enough to show the changes made? Would taking the article down create the impression no mistake was made?
Other mistakes are rather more glaring and can become news in their own right, such as the regrettable mix up on the front cover of the Washington Post Express in January 2017. On their Twitter account, the paper issued the statement “We made a mistake on our cover this morning and we’re very embarrassed.”
Some journalistic errors may be more easily understood and perhaps less serious. In a story about US protests from January 2018, online news magazine site Buzzfeed were forced to offer a correction and a headline change for their report on protester Ethan Abbott. Abbott attended the Washington DC protest with some of his livestock, but the initial report was incorrect, with Buzzfeed offering the following correction at the end of the article:

“Abbott’s protesting companions are actually one llama and two alpacas. A previous version of this article said they were all llamas.”

Should online articles have amendments made or should inaccurate reporting be taken down?

How does mis-reporting or exaggeration in news coverage affect your sense of wellbeing?

What other aspects of news coverage affect you (positively or negatively)?