A summary of church reform in the early modern period.
© University of Glasgow

According to the Scots Confession of Faith, a true church was defined by preaching of the scriptures, correct administration of the sacraments and ecclesiastical discipline ‘quhairby vice is repressit and vertew nurischit’.

The blueprint for this church was laid out in two documents known as the first and second Books of Discipline. They were drafted by committee and approved in 1561 and 1578 respectively. Among many things they considered matters of doctrine, provisions for a parish ministry, the election of lay elders, the church patrimony, and church discipline. In conjunction with the Book of Common Order (approved in 1562 but replaced by the Westminster Directory in 1645) they provided the early foundations for the Reformed church in Scotland. 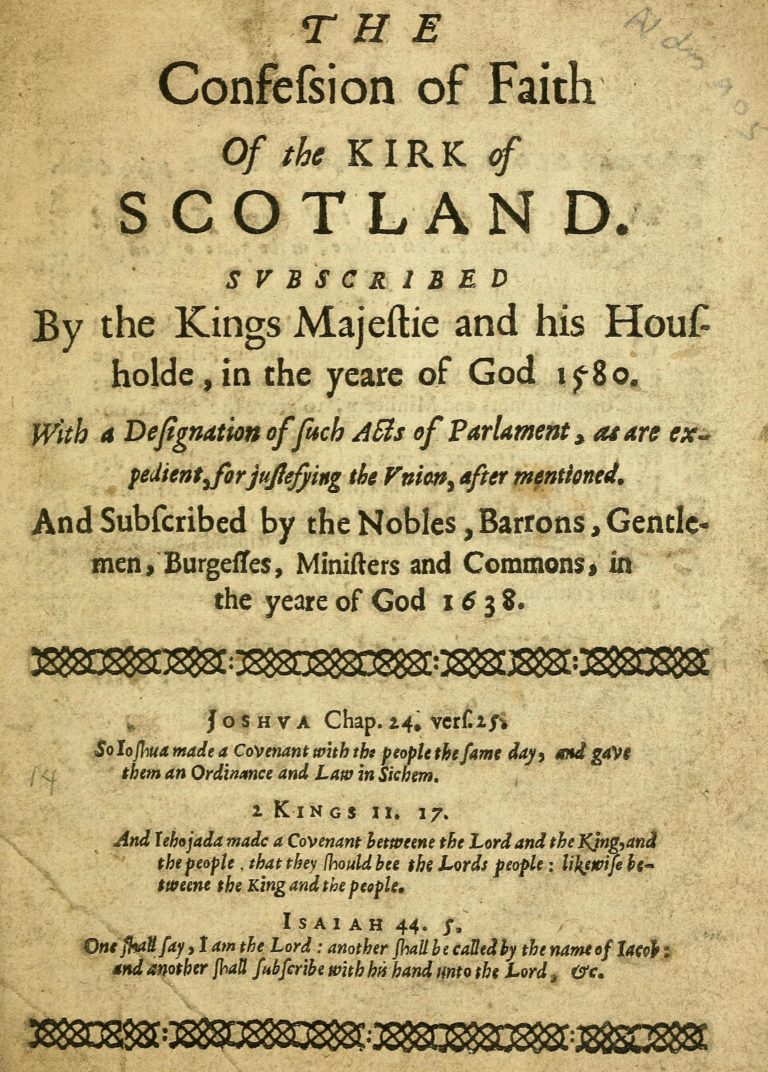 The pre-Reformation parish system was absorbed wholesale by the Reformed church and as such all Scots fell under its jurisdiction. As an administrative unit the parish proved to be crucially important to the short and long term success of the Protestant Reformation. The parishes were bound together by a new framework of courts which was inspired by the Genevan model. They were arranged hierarchically from the kirk session through to the General Assembly of the Church of Scotland. Once fully functioning they gave the new church an organisational capacity which was hitherto unprecedented. The church also seized old parish buildings whose interiors were stripped and replaced with pews.

As reform continued into the seventeenth century, larger parishes were sub-divided and new churches built to better serve congregations. However, the secularisation of property formerly belonging to the pre-Reformation church saw a dramatic expansion of landholding in the early modern period. An act of 1587 saw the temporal property of the former church annexed to the crown, thereby allowing the king to make heritable grants from church land. Meanwhile, church properties already in the hands of acquisitive lay commendators were erected into temporal lordships. This became an avenue for elevation into the peerage.

Where medieval religion had been a profoundly sensual and ceremonial experience, Protestant reformers placed greater emphasis on ‘the word’. They aimed to sweep away the idolatry of images, rituals, saints, and processions in order to replace them with worship focused solely on the Bible. Integral to their vision was the provision of a parish ministry which would be both comprehensive in its coverage and well trained in its duties, as it was through the ministers that Reformed doctrine and discipline would be instilled in the people. The practices of preaching, lecturing and catechising were all vital when much of the population was illiterate. The scriptural focus of Protestantism ensured that a premium came to be placed on the acquisition of literacy.

As such, the education system was overhauled. The first Book of Discipline set out a plan for the appointment of schoolmasters to teach grammar and Latin and who would be supported by parochial funds and contributions from local landowners or burgh councils. The universities were also targeted. The academic reformer Andrew Melville, who had spent time in Geneva under Calvin’s successor, Theodore Beza, returned to Scotland in 1574 and became Principal of Glasgow University. He later assisted the development of Marischal College, Aberdeen, and was appointed Principal of St Mary’s College, St Andrews, in 1580. Influenced by Renaissance humanism, Melville championed the study of languages on account of their importance for biblical study.

By the early seventeenth century the planting of professional ministers had been largely achieved – although this did not prevent the existence of lewd or drunken clerics showing a decidedly lax attitude to their employments! But they soon discovered that their conduct was under just as much scrutiny as the laity. The eyes of their brethren were watching.