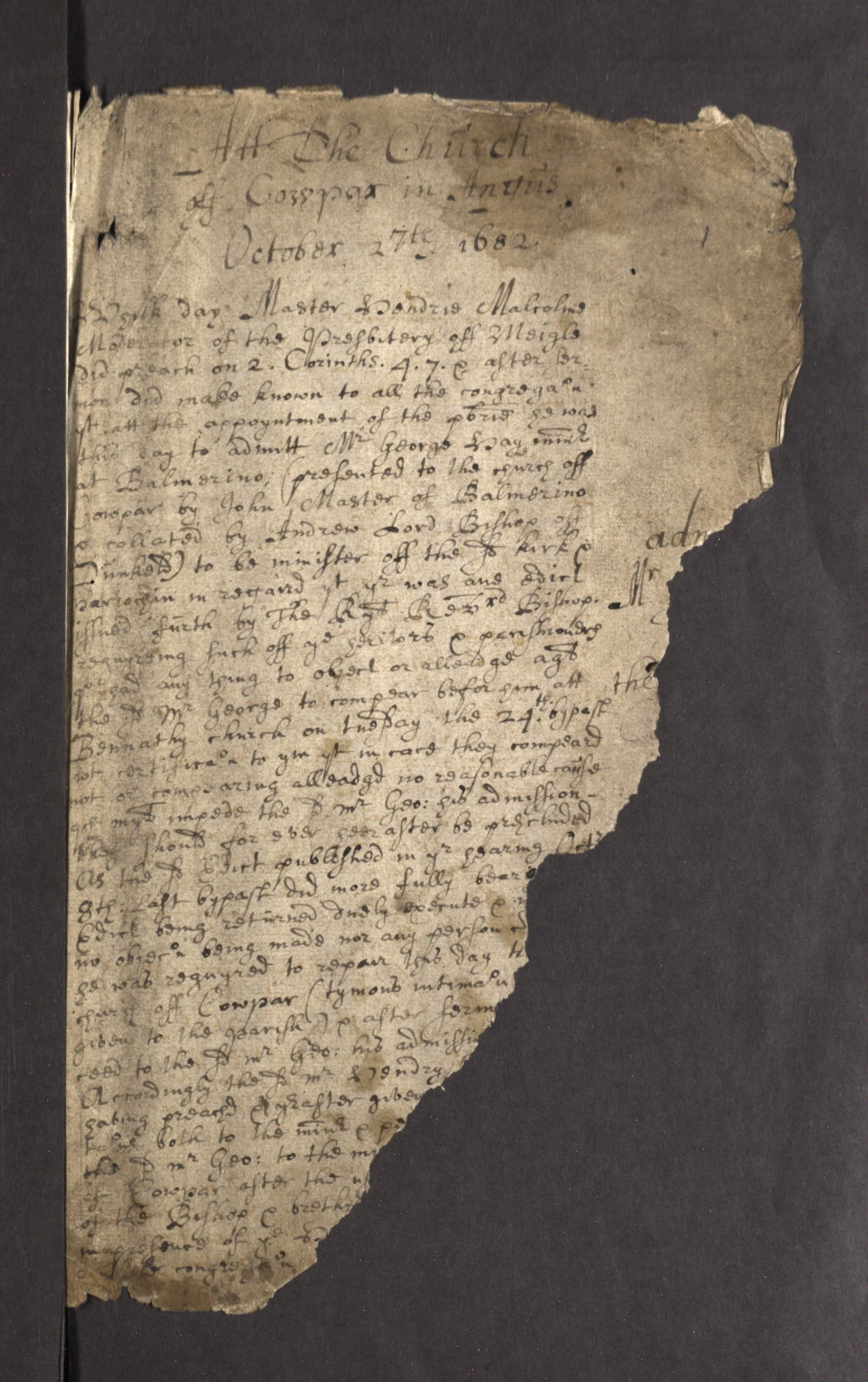 By the mid-seventeenth century, Scotland had approximately 900-1000 parishes each with its own kirk session.

The minute books of a session provide a remarkable insight into the dynamics of each parish and glimpses of how local societies operated in the early modern period.

Although its overall land mass is relatively small, Scotland is geographically diverse and regionally varied. As a result, the records cover communities which range in size; are situated in rural or urban environments; and are variously integrated with, or isolated from, other areas in Scotland.

So, for example, the parochial experiences of the burgh of Peebles in the south-east may differ markedly from the village of Kilchrenan in the north-west.

While the network of presbyteries and synods overseen by the General Assembly of the Church of Scotland did ensure a level of uniformity, local co-operation with central directives was ultimately crucial if co-ordination was to be achieved in practice as much as in policy.

The survival of kirk session minute books has been generally outstanding, but it must be borne in mind that we do not have a complete set of records for every parish. What is more, the surviving minute books for each parish are not necessarily comprehensive. There may be missing pages or lost volumes; or there may be lapses in meetings or minute-taking due to illness, disease, disasters or conflict. In other words, there are gaps in our sources.

Another issue facing the historian is the nature of the coverage, as the surviving records are mostly from the more populous areas in the lowlands, and especially the towns. This is not altogether surprising: the sessions there were organised earlier and able to hold meetings more frequently. Indeed, the problems of long travel and inclement weather could affect a session meeting no less than church attendance by parishioners – a problem of particular note in the highlands and islands.

No two minute books are strictly the same. Although used for the same purposes – the recording of proceedings, disciplinary cases, decisions and so on – the physical condition of the books renders each unique. Sections may be damaged or fragmentary; the pages may be soiled or torn; and the ink may have faded over time. As such, their legibility will be compromised to a greater or lesser extent.

The minute books were shaped by those who used them. They were subject to the impulses of a kirk session and the technical abilities and human fallibilities of a session clerk. For example, a minister, elder or session might be preoccupied with a local matter or obsessed with a particular sin, while the clerks may differ in their approach to their duties or in the accuracy of their record keeping. Other human interventions include intentional omissions or deliberate exaggeration.

Finally, the conventions of record keeping can vary from clerk to clerk and parish to parish. The level of detail, marginalia, modifications, or summaries are all likely to differ. A session may also have kept several books for specific purposes: one may record discipline, another financial transactions, etc.

While these issues must be considered at all times, they need not discourage us: they do not prevent illuminating historical research and shall not affect your ability to learn early modern handwriting.