What do they record?

The information and events recorded in kirk session records. 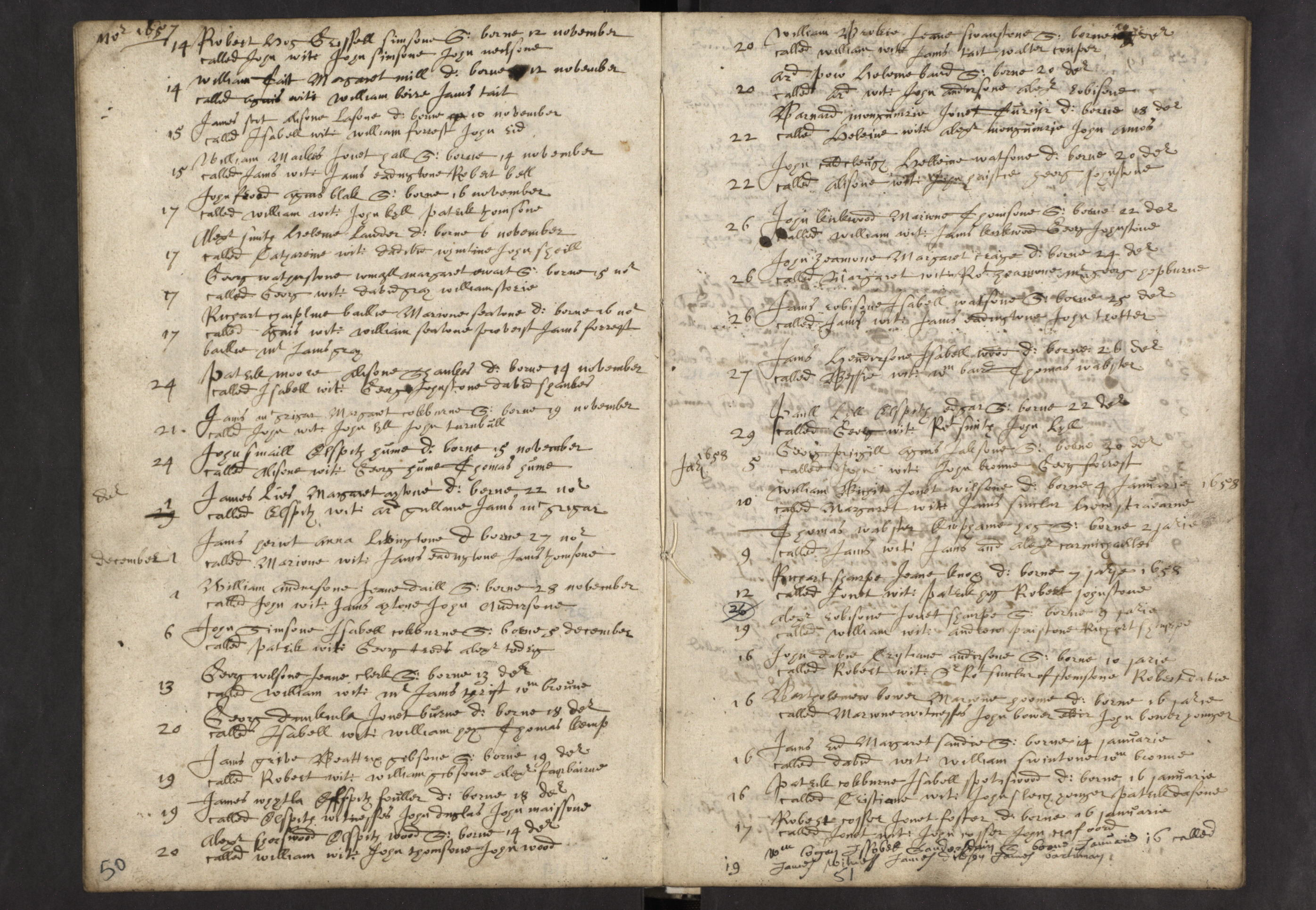 The kirk session records cover a wide variety of case types and include complaints and depositions given in by local men and women.

They have helped us better understand a range of phenomena in early modern Scottish society: language, belief, identity, inter-relationships, social structures and so on. They have shed light on politics and religion (e.g. the interplay between local and central government or ecclesiastical and political authority) and economics and the law (e.g. agriculture, problems of vagrancy) – and much, much more.

Without doubt, the records are full of incident; and most exciting of all, their true potential remains untapped.

The records offer a fascinating glimpse of ordinary parishioners. However, it is important to remember that the minute books present mediated responses – they were formed by the demonstrably literate clerks doing the recording.

The assumptions and expectations of their occupation, as also the idiosyncrasies or eccentricities of their writing, can serve to obscure intention or distort meaning. What is more, and as noted above, the vagaries of human intervention are likely to render authentic voices as at least partially edited.

But this should not put us off. As with nearly all documents, careful and considerate use of the records ensure they are still an invaluable resource.

While we must be sensitive to bias and remain aware of the different voices to be found in the minute book – whether elite or popular (if indeed such a clear distinction existed), male or female, old or young, etc – authenticity can still be found.

For starters, deponents often signed their statements after they were read back to them and the language used often contrasts with the more generic and/or banal entries to be found elsewhere.

That large numbers appeared voluntarily before the session also suggests that we must be cautious in going too far in the other direction by presuming an elite agenda in every corner of the records.