Processes of the Perth Kirk Session 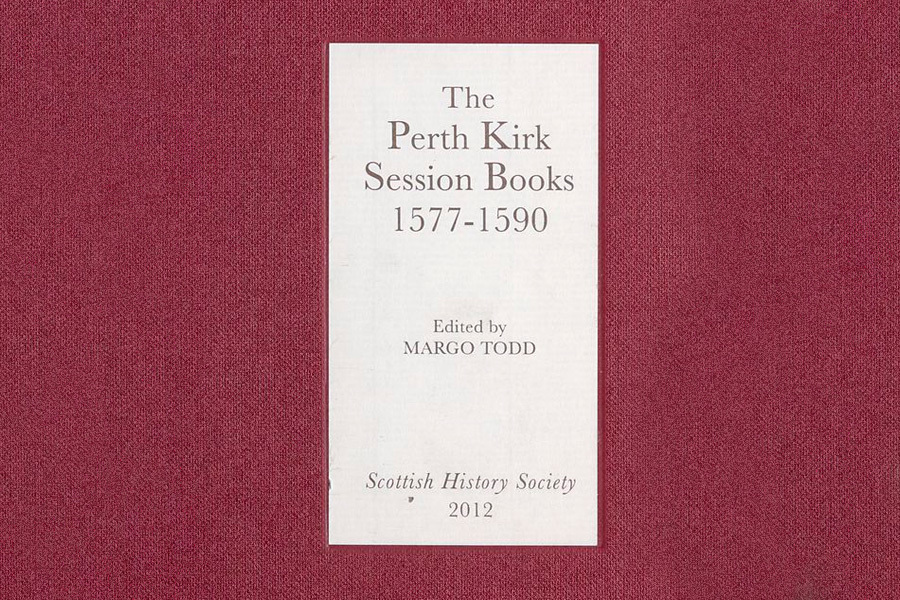 View Course
A person charged and guilty was best advised to confess the offence; lying about it at first and admitting it later often produced a greater penalty. One who insisted on innocence was constrained to prove it, though evidentiary rules differed from those of modern courts. In the very first case in this volume, the elders told a man who denied fathering an illegitimate child that he must swear an oath to that effect. Such oaths were generally held as proof – testimony to the seriousness with which sixteenth-century people took swearing. Jhon Swenton, the man charged in this case, was given a week to consider whether he would swear, and as the elders probably expected, at his next appearance he declined to give his oath. This they construed as tantamount to an admission of guilt, and indeed he confessed his sin at the next appearance. A woman’s oath bore as much weight as a man’s in these records: it was the oath of Swenton’s partner that convinced the elders to investigate his paternity in the first place. A few months later, her charge that he had ‘made a faithful promise of mariage to her before the begetting of the last bairn’ was also referred ‘simply to her oath’, and her word was accepted. There were hierarchies of oaths, left over from medieval practice. Taking one’s ‘great oath’ or swearing ‘the holy evangels touched’ (with hand on the Bible, as Swenton did in response to his partner’s second oath) was most convincing. An oath taken in circumstances where lying was thought impossible was likewise beyond doubt, as in the case of a woman in labour identifying her child’s father, or when the oath was taken in the physical presence (‘in the face’) of the contesting party – prima facie evidence of truth-telling.When the elders were unconvinced by pleas or testimony they had heard, they often summoned witnesses to depone the truth of a matter. Again it is noteworthy that the testimony of women was taken as lawful and reliable, a stance which the elders quite self-consciously debated in a 1582 case of notorious adultery: they ‘conclude[d] with one voice that famous women ought to bear witness in any matter that comes before them and their testimony received so far as the law permits’. When all the evidence was in place, the session decided on an action. In most cases, decisions seems to have been consensual, so that the ‘haill elders’ could act as one; sometimes, however, a division was recorded, either with the statement that ‘the most part’ of the elders ruled, or with a list of dissenting voters: on 12 July 1585, for example, Dioneis (Dionysius) Conqueror and William Hall voted against their colleagues not to excommunicate a pair of sexual offenders – perhaps because one of them was a brother of Hall’s guild, the baxters. And on 11 September 1581, only ‘the greatest part of the assembly’ ordered an elder’s wife, Jean Thornton, to be summoned to answer for adultery with another elder, Henry Adamson. One can easily guess who was among the dissenting voters.In particularly troubling and uncertain matters, the elders provided detective services, in 1584 investigating a rape charge, for instance. The following year, when a woman suspected of fornication claimed to have spent the night in Kintolloch with a female friend, the minister asked one of the burgesses travelling through the village on his way to Loch Levin to ask the friend whether the Perth woman was really there; the burgess reporting that there was no such woman in Kintolloch, the session had its doubts resolved. The session’s arm was long. Even in more mundane cases, communication between parishes allowed the elders to investigate suspicious circumstances: couples who claimed that their marriage banns had been proclaimed in another parish, for instance, had to produce a testimonial to that effect from the clerk or reader of that kirk. This document was then scrutinised by the session, always aware of the black market that had grown up in forged testimonials.

Hi there! We hope you're enjoying our article: Processes of the Perth Kirk Session
This article is part of our course: Early Modern Scottish Palaeography: Reading Scotland's Records