In this section you will learn about types of site which do not appear as tells.

In addition to tells, many other types of site exist. Some may be large stone built structures such as medieval castles and Roman temples, but others may be more difficult to spot, even thought they are the remains of large towns and villages. Some sites simply appear on imagery as areas of soil colour difference. This is often the case where a site has been flattened through heavy ploughing over a long period of time.

While stone-built sites can sometimes be remarkably visible – particularly where soil accumulation is limited, such as in arid landscapes – structures built using stone are often visible as little more than piles of rubble or lines of stone walls. They are less likely to form tells than sites where a lot of mudbrick is used, because mudbrick buildings erode quickly causing earth to gradually build up into a tell. Stone does not weather easily and is more likely to be reused, so it is less likely to accumulate (we will cover formation processes in more detail in Weeks 4 and 5).

Below are images of three important settlement sites built primarily of stone. Study the images and see what features you can identify, and what gives them away. Tell us what you find or ask any questions you have in the Comments! 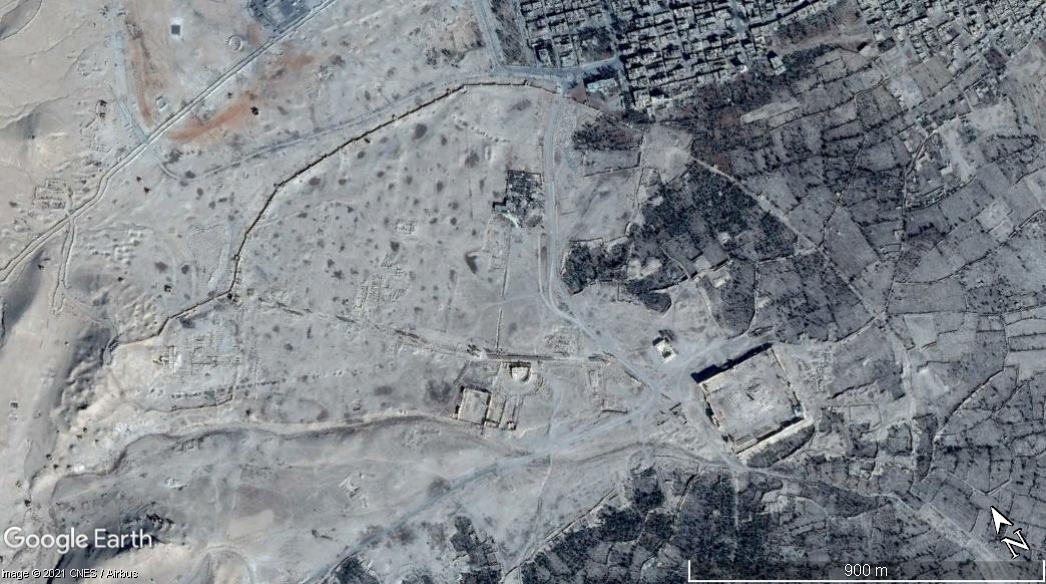 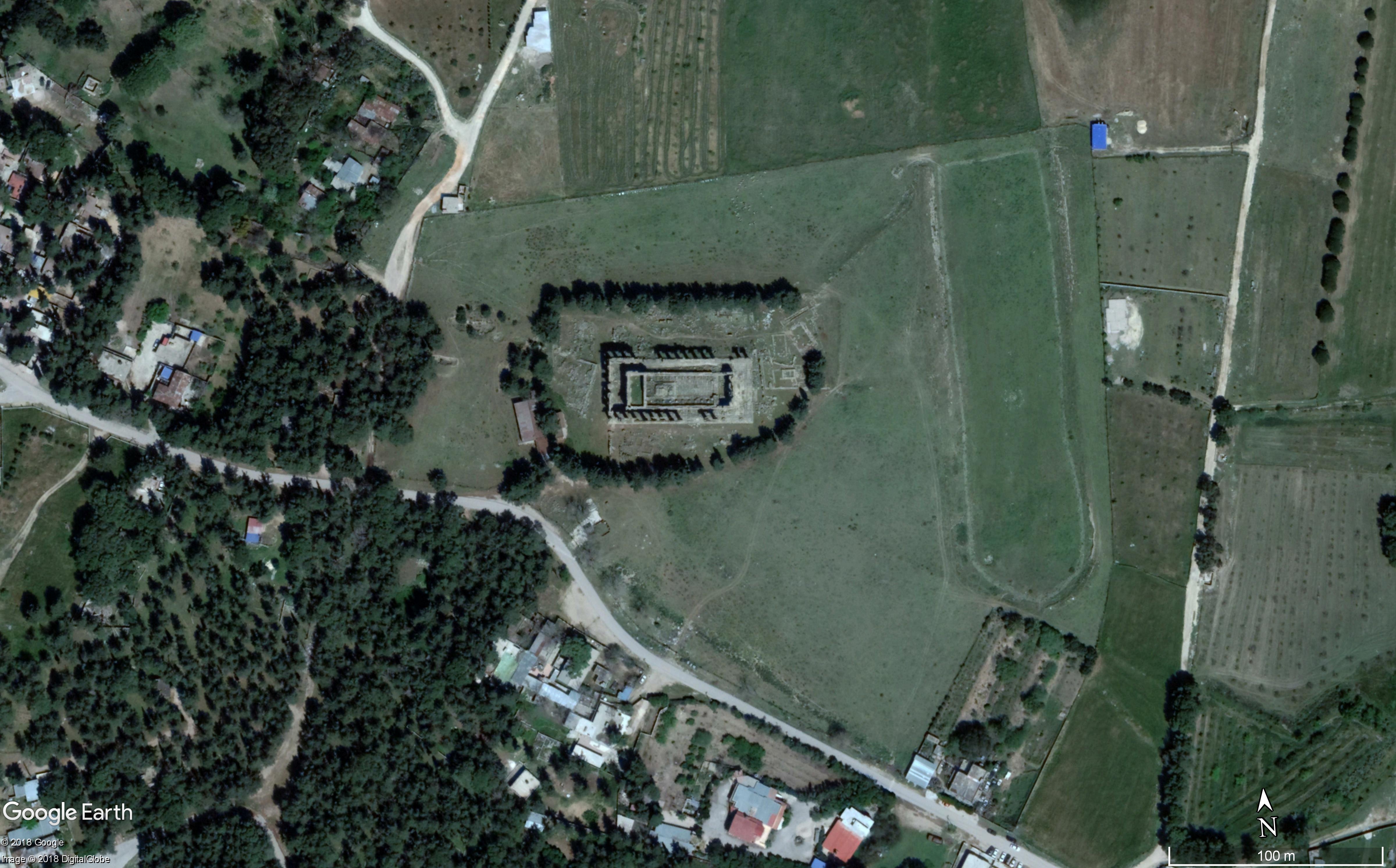 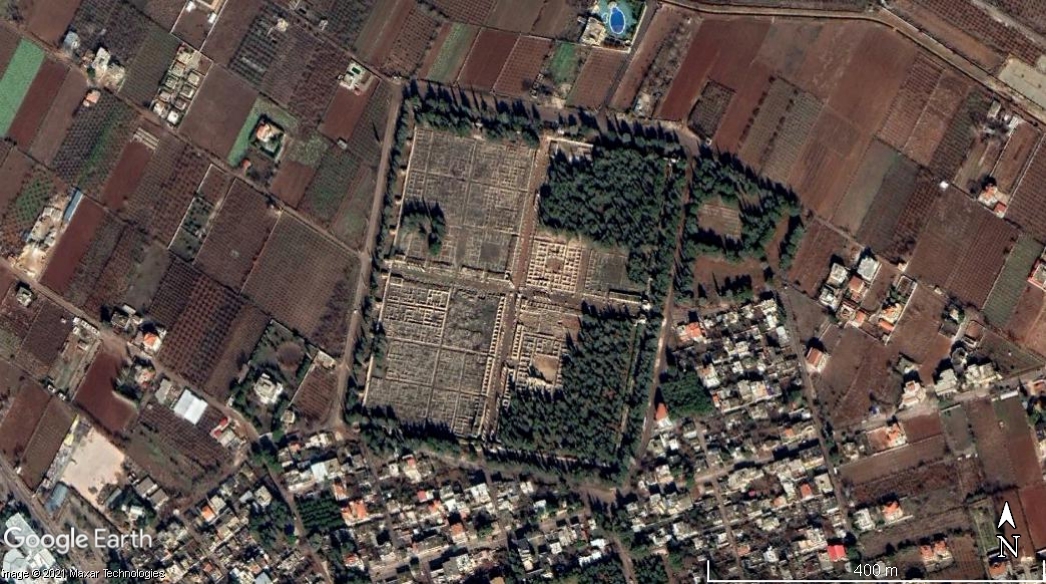 Figure 3: The site of Anjar, Lebanon as seen on Google Earth. Image © 2021 Maxar Technologies(Click to expand)