Find out more
Home / History / Archaeology / Enlightening the Dark Ages: Early Medieval Archaeology in Italy / The study of animals and society in the Early Middle Ages

The study of animals and society in the Early Middle Ages

The increasing contribution of zooarchaeology has greatly enhanced our understanding of animals in early medieval society.
View transcript
3
Our understanding of animals in early medieval society has been greatly enhanced over the past two decades by the increasing contribution of zooarchaeology. Studies of animal bones generally involve the examination of species and sexes represented and their relative proportion reflecting environment, husbandry practices, and diet. Butchery practices and age at death, for example, indicate the purpose for which animals were kept; animal disease or stress pathologies indicating that animals were used for traction; and animal stature, indicating breeding practices. While early zooarchaeological studies were largely descriptions of faunal assemblages, and related to site-specific problems, archaeozoologists are now exploring much broader questions related to diet and subsistence, environment, social status, and of course, culture, religion, and rituality.
67.8
The combination of zooarchaeology with the archaeobotany can reveal the existence of associated pastures, wetland, woodland, and the relative importance of agriculture in relation to uncultivated areas used for hunting, transhumance and pastures. Most of the animal remains found in archaeological contexts represent food waste or more rarely butchery debris, but also animal parts had the important uses for the production of bone, and horn objects such as musical instruments, tools, and writing implements; and of course, most importantly for leather, which was used for a myriad of purposes, including clothing, armor, knives, swords, sheaths, bridles, saddles, and other essential parts of the machinery of existence.
129.4
These uses are more difficult to trace archaeologically due to the less durable nature of bone and leather within the archaeological record.

The increasing contribution of zooarchaeology has greatly enhanced our understanding of animals in early medieval society.

Watch the video to learn more about animals and society in the Early Middle Ages, and more importantly, how we came to know about them. Once you’re done, continue with the rest of the reading material below.

Zooarchaeology is a relatively new sub-field in archaeology. It is the study of the remains of animals from archaeological sites to determine the role they played in society.

The importance of zooarchaeology

The video demonstrates how zooarchaeology helps us shed light on the importance of animals in the Early Middle Ages. But their economic importance is also reflected in the different barbarian law codes, which were highly concerned with protecting the ownership of animals and inflicting punishment on thieves, as well as on anyone who caused damage to animals, and therefore their owners, by compromising their labour or economic potential. Barbarian laws also protected the ownership of dead animals because of their value in supplying meat and skins. Lombard laws, for example, placed a high penalty on stealing the skin of an animal that had been killed by a wolf.

Horse-breeding and riding, including the use of horses in warfare, were an integral part of the culture of many of these populations. 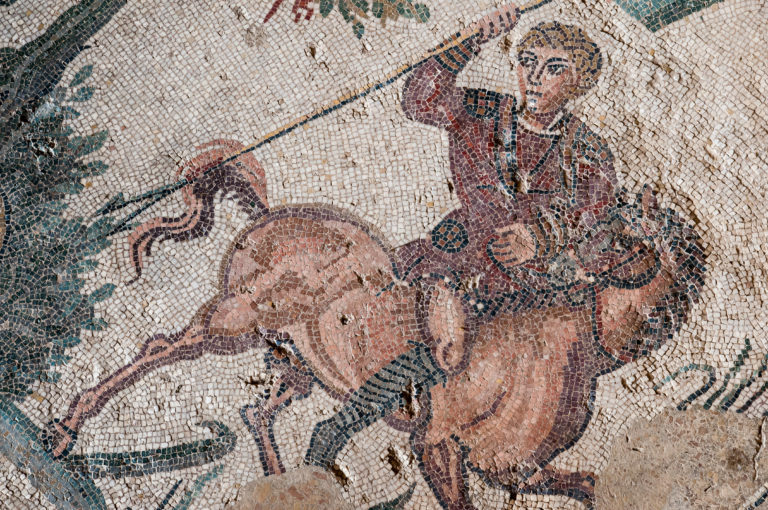 Although some cavalry had been part of Roman military strategy, immigrant groups such as the Lombards, Arabs, and former steppe nomads such as the Huns, Avars, and Magyars, had cultures built around traditions of horse-breeding and sometimes horse-mounted fighting.

Horses were high-status animals in Antiquity and throughout the Middle Ages. Hunting on horseback, accompanied by hunting dogs or birds, was associated with training for warrior life by barbarian aristocracies and, as will be further discussed later, was to become increasingly important during the Early Middle Ages. 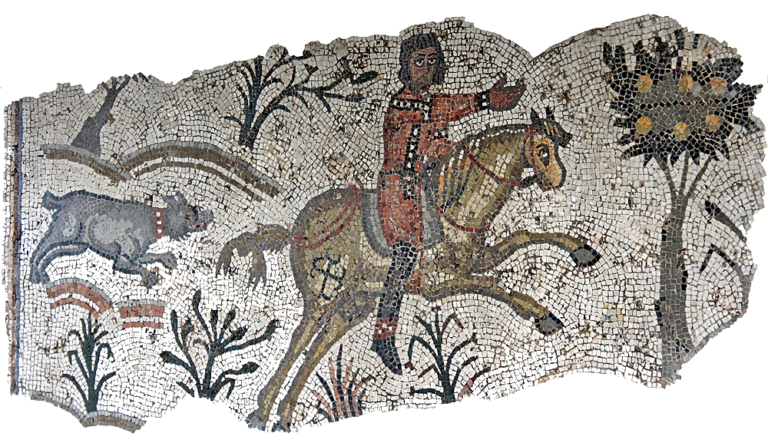 Hunting dogs for both small and large game such as beavers, otters, hares, or bears are mentioned in early medieval Frankish, Burgundian, and Bavarian law codes, as are birds of prey used for hunting. Hunting with birds of prey such as falcons and hawks was introduced to Europe as an elite pursuit around the 5th century. 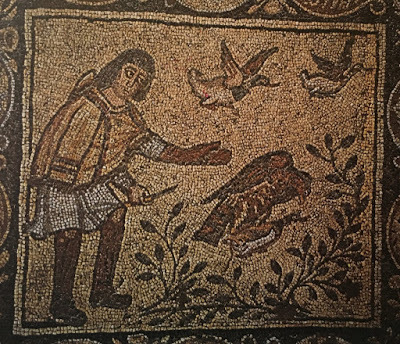 Mosaic from the House of the Falconer at Argos

Among the earliest visual representations of falconry in Europe is the mosaic from the House of the Falconer at Argos (c. AD 500) and an early 6th century gilded fibula from Xanten which may represent a horseman wielding a falcon’s lure.

The value of horses, dogs, and birds of prey within barbarian society is attested by their role in burial customs and cults. Whole animals, especially horses and dogs, often occur in the cemeteries of barbarian groups during the Early Middle Ages and are frequently interpreted as the personal property of the dead. Bones, claws, and teeth or tusks of wild animals are also found in burials and seem to have been an indicator of social status, symbolising a hunter’s accomplishments, as well as possibly amulets, transferring the animal’s strength to the hunter by apotropaic means. 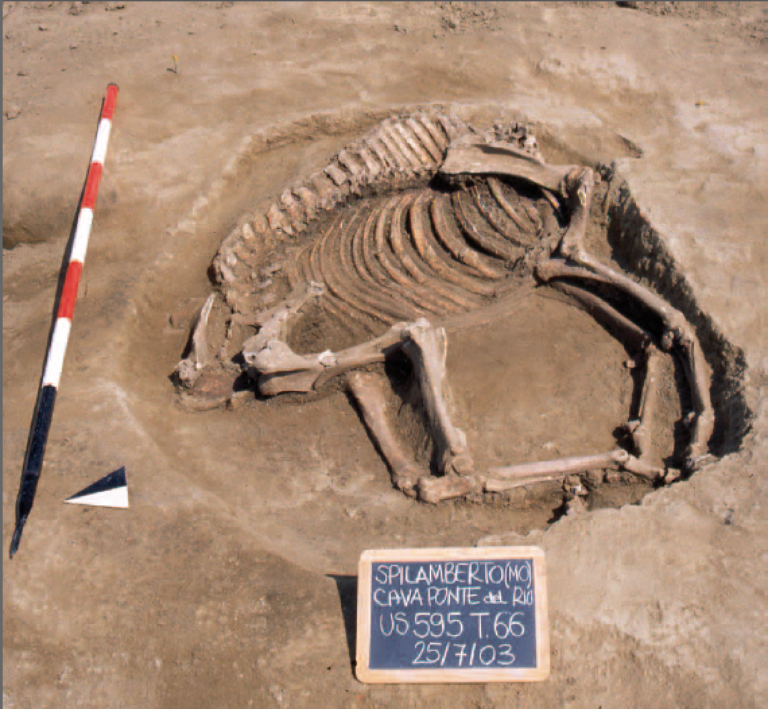 The presence of these animals in cemeteries informs us about the major role they played in the society of the Early Middle Ages in a way that is not apparent from settlement contexts, where they are poorly represented.