In this discussion of fortifications we look at how aristocracies in history have played a huge part in their development. The role of state authorities and aristocracies is key to understanding the phenomenon of late antique fortified settlements in Italy. But we must also take into account their interactions with the ecclesiastical hierarchy, which founded churches in these locations and oversaw the religious care of the surrounding population. 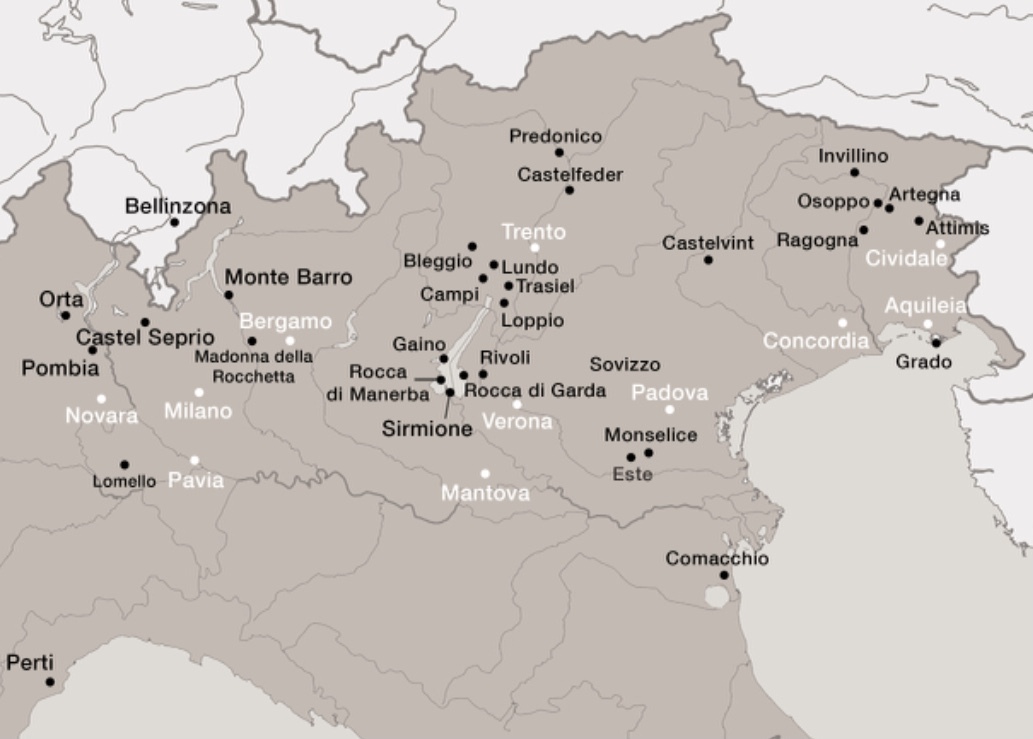 In this discussion of fortifications we look at how aristocracies in history have played a huge part in their development.

The role of state authorities and aristocracies is key to understanding the phenomenon of late antique fortified settlements in Italy. But we must also take into account their interactions with the ecclesiastical hierarchy, which founded churches in these locations and oversaw the religious care of the surrounding population.

In the northern Italian area between Lake Maggiore and Lake Como, near the Alps, some fifth and sixth century inscriptions attest the presence of high-ranking figures in the military hierarchy in connection with fortified settlements. These include a certain Montanario Comes who died at 65 and was buried at Brezzo di Bedero in the Varese mountains. Another commander with the same name was buried around the middle of the sixth century in the castle on Comacina Island. 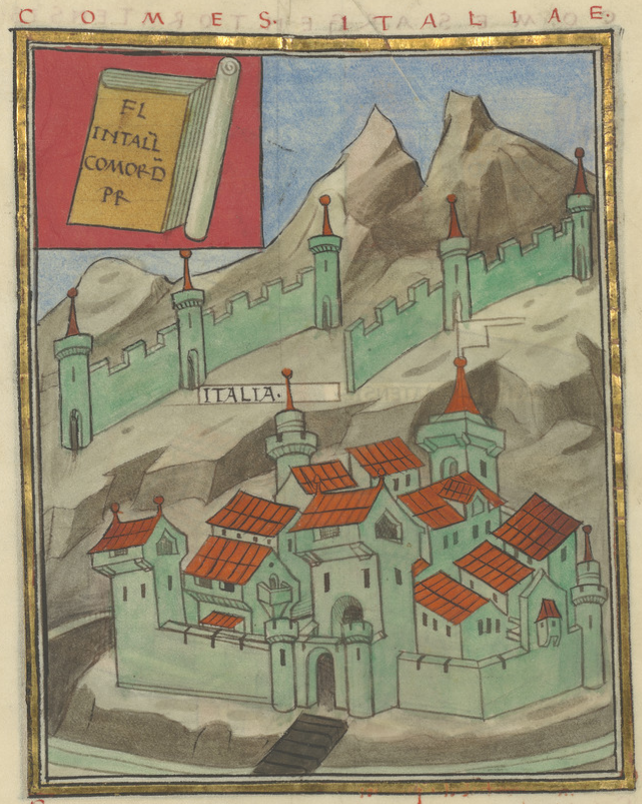 Both had the prestigious title of vir spectabilis, which, according to the administrative document the Notitia Dignitatum, was also the rank of the comes Italiae, the commander of the defensive line in the Alps (Tractus circa Alpes).

Inscriptions and numerous examples of prestigious churches also confirm the interest of the high ecclesiastical hierarchies in the fortified settlements of the Alpine foothills. These often became the more or less temporary residences of bishops, who preferred a secluded fortress to the city, in both life and death.

In Sabiona, in Alto Adige, excavations have brought to light two churches on the top of a naturally protected hill, where three prelates, Marcello, Maternino, and Ingenuino, resided in the second half of the sixth century. The fortified settlement of Grado, on a lagoon of the Adriatic coast, was probably founded in the middle of the sixth century by the bishops of Aquileia, who transferred the patriarchal seat at the time of the Lombard invasion. 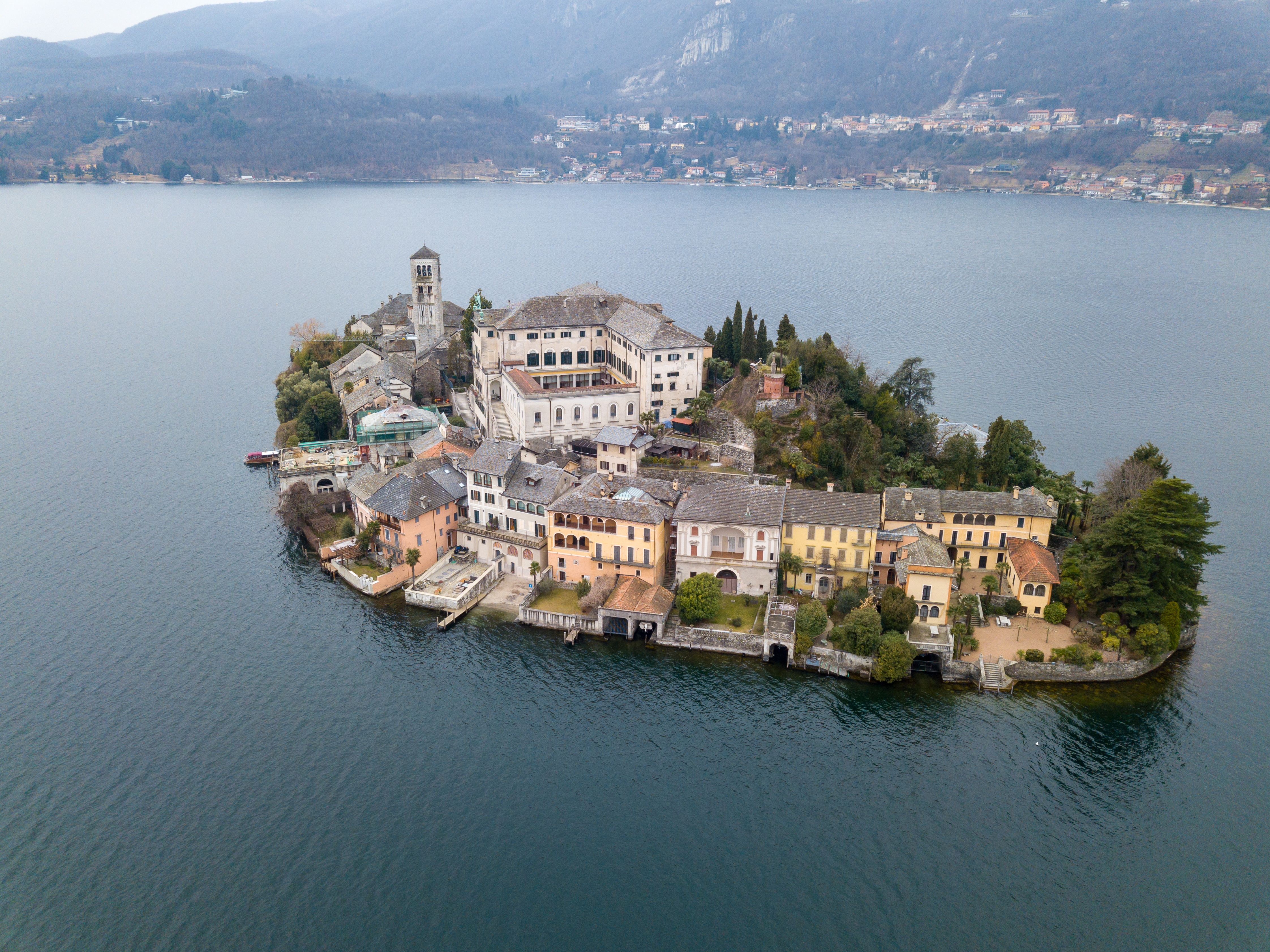 The island of San Giulio in Lake Orta

In the late fifth or early sixth century, the bishops of Novara probably founded the basilica in honour of San Giulio on the homonymous island of Lake Orta, where Bishop Filacrio was buried in 553 CE.

In contrast with the extensive documentation offered by written and epigraphic sources and religious buildings, direct archaeological evidence of an aristocratic presence in fortified settlements is much more sparse. 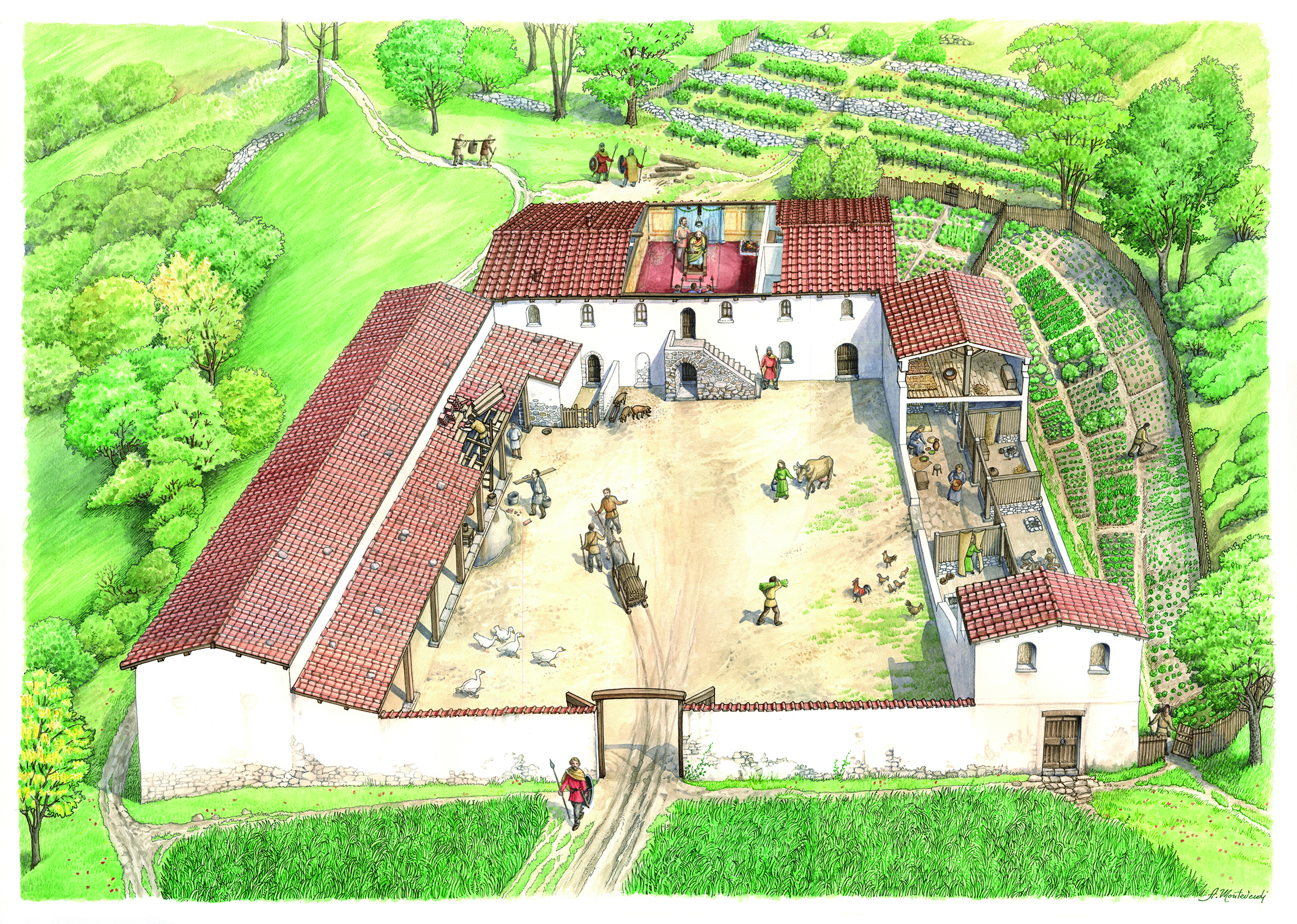 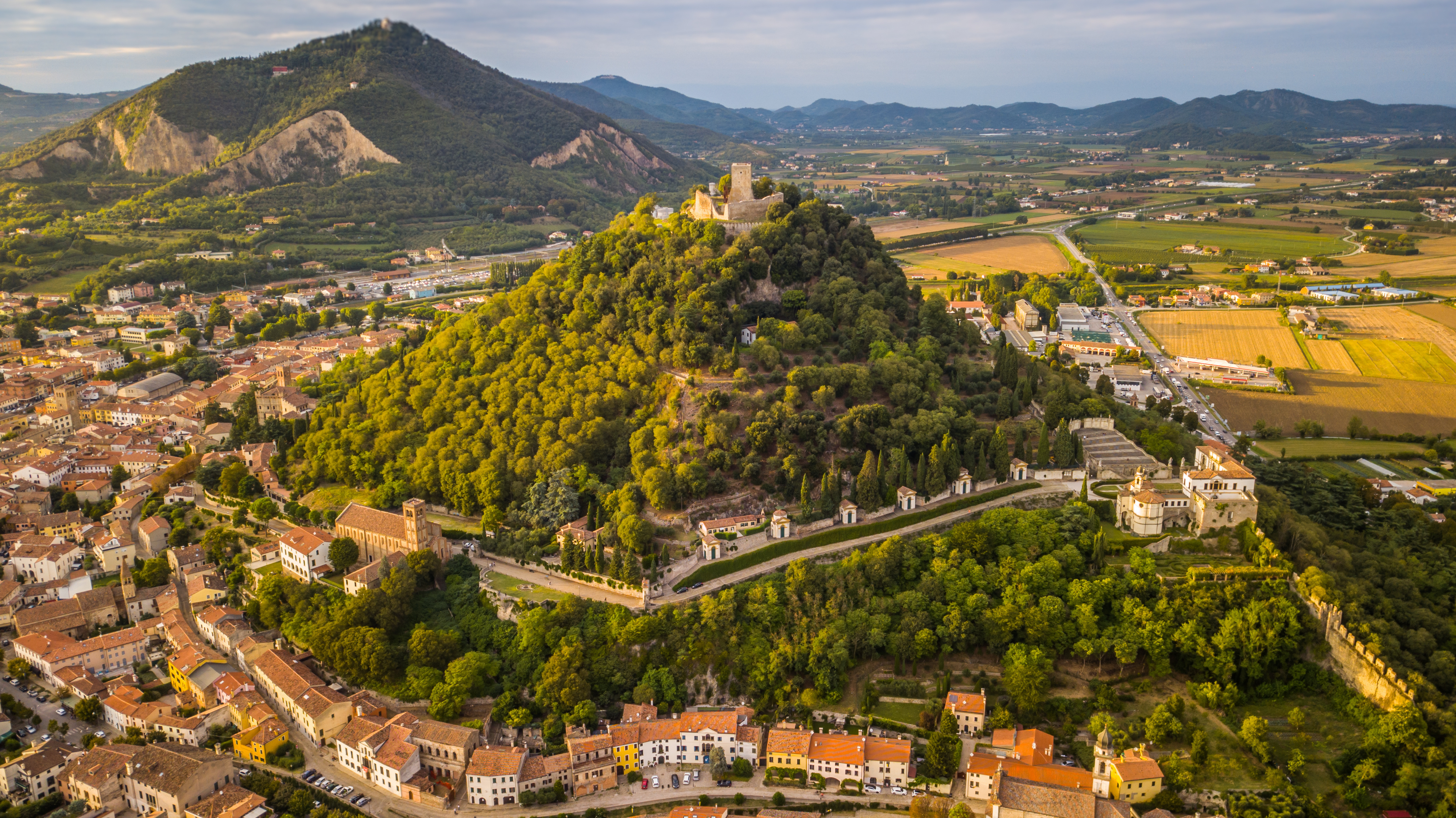 The fortified settlement of Monselice
In Ragogna (Friuli), the remains of a shield boss and several gold belts found in a grave inside the baptismal church, which was renovated at the beginning of the seventh century, indicate that the person buried must have been of high rank, presumably the head of the settlement. In Castelseprio, the structure of some graves also hints at an aristocratic presence. Coins, pottery, and imported amphorae containing oil and wine also point to relatively high level social structures linked to the military milieu.

Promoted for strategic purposes by the state authority, fortifications had an impact on the hierarchy of the settlements, emerging as new population and power centers, intermediate between city and countryside.

Perhaps because these fortifications provided not only administrative prerogatives but also fiscal advantages, they were chosen as residences by people linked to power.