In this article, we explore decaffeination processes through looking into the supercritical carbon dioxide caffeine extraction and the Swiss water method. 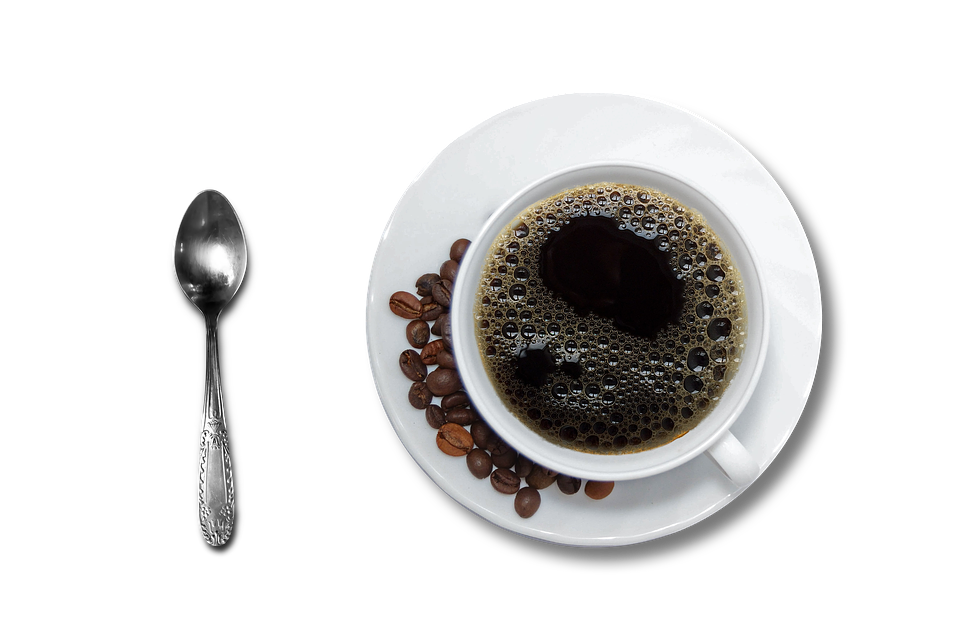 Caffeine is a compound that is known worldwide due to its presence in many, widely consumed, foods and drinks; it has many natural sources, including coffee beans, cocoa beans and tea leaves. It has the systematic name 3,7-dihydro-1,3,7-trimethyl-1H-purine-2,6-dione, with the chemical formula C8H10N4O2.

The effects of caffeine on the human body are well known. Caffeine in low doses is a stimulant, allowing the drinker increased concentration and reduced tiredness. However, the consumption of higher doses of caffeine can result in insomnia, nervousness, hostility, and mood swings – among other side effects. Commonly, the biological effects of caffeine are explained by it mimicking adenosine (look at their similar structures). In the body, adenosine acts on a receptor that causes a ‘slowing down of the body, whereas when caffeine acts on the same receptor it has the opposite effect. So, because of its similar shape, caffeine competes with adenosine and reversibly blocks the action of adenosine on its receptor. 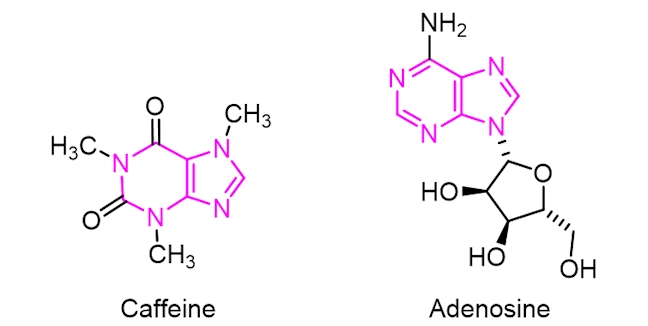 The negative effects of caffeine have led to increasing demand for decaffeinated brews as well as natural energy drinks which claim lower caffeine levels. In order to provide decaffeinated coffee, various methods of removing caffeine from the beans have been developed. We will look at two of the most common methods.

The first extraction method uses supercritical carbon dioxide (CO2). Carbon dioxide, at standard temperature and pressure, is a gas and, when frozen, carbon dioxide forms a solid (called dry ice). It is also possible for carbon dioxide to exist in a fluid state but, for this to occur, it has to be held at its critical pressure and critical temperature.

The critical point is the combined critical temperature and critical pressure where, at or above which, the molecule is no longer able to be classed as a liquid or gas, but is instead known as a supercritical fluid. Above its critical point, there are no clear liquid or gas phases, and the carbon dioxide can take on both liquid and gas properties. Carbon dioxide in this state is called supercritical CO2 (abbreviated sCO2) and has the ability to act as a solvent and dissolve other materials.

Supercritical CO2 has been used in industry to extract caffeine from coffee beans since the 1970s. Caffeine has a low solubility in supercritical carbon dioxide and, for this reason, a co-solvent (either water or ethanol) is used which triples the caffeine solubility, hence accelerating the extraction. It is a widely used method of decaffeination, as it has proved to be more efficient, as well as being better for the environment, than other decaffeination methods. On top of this, it is also an easily removable, non-flammable and non-toxic solvent. These beneficial properties have helped ensure its application in other extraction areas, such as teas and cocoa beans.

Large-scale decaffeination takes place on green coffee beans (before roasting). The green beans are soaked in hot water (until they have about 50% moisture content) and put into an extraction vessel, which is then sealed. Soaking the beans in water allows the pores of the coffee beans to open as the beans swell, thus allowing the caffeine (which converts into a mobile form) to diffuse out of the beans. At a pressure of about 300 atmospheres, the supercritical CO2 is pumped into the sealed vessel, where the CO2 solvent dissolves the caffeine compound and draws it out of the coffee beans. Any larger odour molecules are not dissolved and remain inside the beans. During the decaffeination process, the carbon dioxide moves through an extractor and a scrubber, on a loop, for approximately 8-12 hours. The scrubber has a high water to CO2 ratio and the water carries away any dissolved caffeine before the carbon dioxide recirculates to extract more caffeine.

The CO2 and caffeine mixture is then moved into a strong tank, where the pressure on the container is removed. As the pressure lowers, the supercritical CO2 returns to the gaseous phase – when the pressure is lowered, it falls below the critical value. The gaseous CO2 evaporates, leaving the caffeine behind in the container. Any remaining caffeine is removed from the gaseous CO2 by charcoal filters, allowing the clean CO2 to be pumped back into a high-pressure vessel so it can be recycled and used again and again.

Extraction using supercritical carbon dioxide is a highly selective process. It only extracts the caffeine compound and leaves the other flavour precursors (such as carbohydrates and peptides) in the bean. However, there are two disadvantages to using this decaffeination method; firstly, precise processing parameters need to be specified and secondly, the process is very capital intensive meaning that this process is only commercially viable if the plant makes over 3000 tons of decaffeinated coffee a year.

What happens to the caffeine that is extracted?

Caffeine obtained from the decaffeination is mainly used by pharmaceutical, cola-type soft drinks and cosmetic industries (it is a common ingredient in cellulite creams), and, more recently, in energy drinks. Although decaf coffee amounts to around 10% of the global coffee market (in 2012), the need for caffeine by these industries is much greater than the amount of caffeine being produced, hence caffeine is prepared in the lab (the first reported synthesis was back in 1895). Following on from the discussion in week 1, it is interesting that ‘natural’ caffeine (mainly from coffee beans) is generally assumed to be healthier than energiser drinks (or beauty products) containing ‘synthetic’ caffeine.