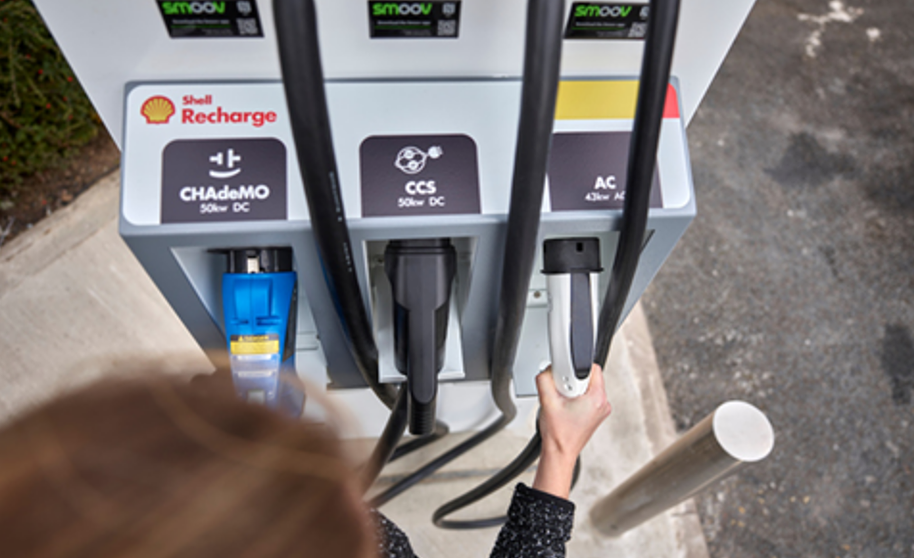 What would happen if the cost of V2G hardware reduced, and policies all changed to fully support V2G and enable flexibility trading, but everything else remained the same? The answer – the V2G market would likely fail. Why? Compatibility.

As we touched on back in week 1 of the course, V2G has long been the domain of a few players – namely Nissan and Mitsubishi who have supported DC CHAdeMO charging protocols for V2G. However, for the industry to really thrive, it is essential that other vehicle manufactures and charging protocols get on board. In this step we will look at these two key areas and see if and how they are developing towards V2G.

We talked about V2G hardware standards back in step 1.14, however that was a few weeks ago, so we’ll have a quick refresher here. The first generation of V2G units have used a DC CHAdeMO connector. This connector was developed in Japan and has become the industry and regulatory standard connector for rapid charging in the Japanese market, with wide adoption by Japanese vehicle manufacturers.

European manufacturers have progressed with an alternative DC connector standard, called the Combined Charging System (CCS). At the time of writing no CCS-based V2G equipment has been put into public trials, however the CharIN V2G roadmap plans for full V2G capability to be incorporated into the CCS standard by “around 2025”. (For further information see the link below this article)

The third hardware option for V2G is an AC system. AC V2G is much less developed than DC V2G. AC V2G requires additional hardware to be installed in the vehicle which many car manufacturers believe will lead to lower efficiencies and higher costs. In theory therefore, any ISO 15118 compliant chargepoint, including AC or DC via CCS, could be termed “V2G ready”. However, in practice, distribution network connection requirements typically ask for additional monitoring and control equipment to be installed at the chargepoint before it could be used to provide bi-directional energy flows back onto the distribution network.

V2G compatible vehicles at present include the following:

In some cases, small numbers of other vehicles have also been modified for V2G as part of R&D trials, including the Renault Zoe.

There are no commercially available EVs supporting AC V2G. However, Renault (with the Zoe) and BYD (with the e6) have been trialling AC V2G since 2015 and Hyundai Mobis announced in 2017 that it had developed a two-way on-board charger for future electric and plugin hybrid vehicles.

It is important to note that as with current vehicles that are capable of V2G via CHAdeMO, the manufacturer will also need to implement ISO 15118 based protocols to ensure V2G capability by either AC or CCS DC.

All of us are potential V2G customers of the future. Use the discussion below to describe what your ideal user experience would be like?