In this article, we will take a look at how the EVSE and EV communicate in a V2G system 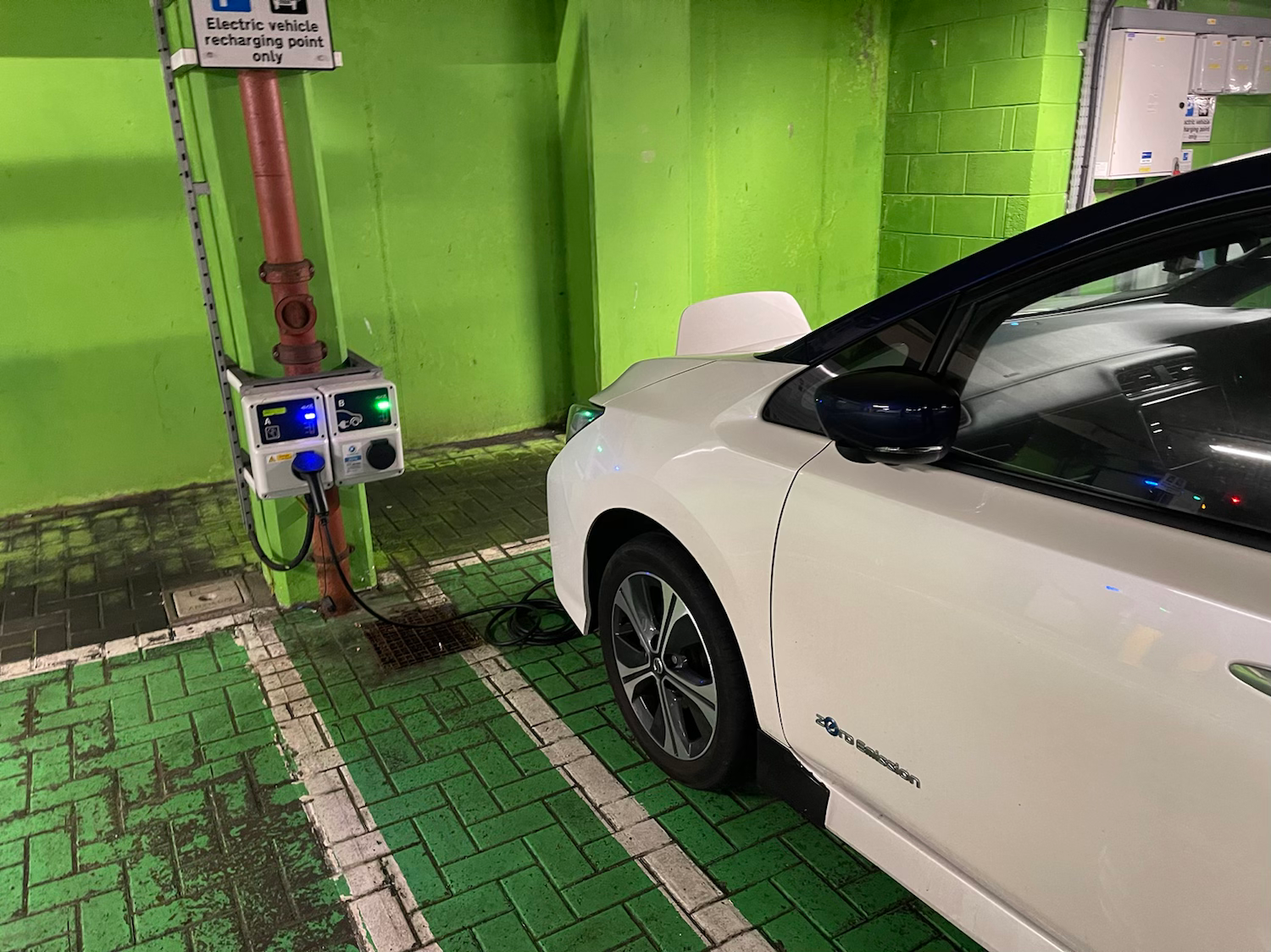 In this step we shall take a look, at a high level, at how the EVSE and EV communicate in a V2G system to control this bidirectional energy transfer and how this differs from a conventional (unidirectional) EV charging system. 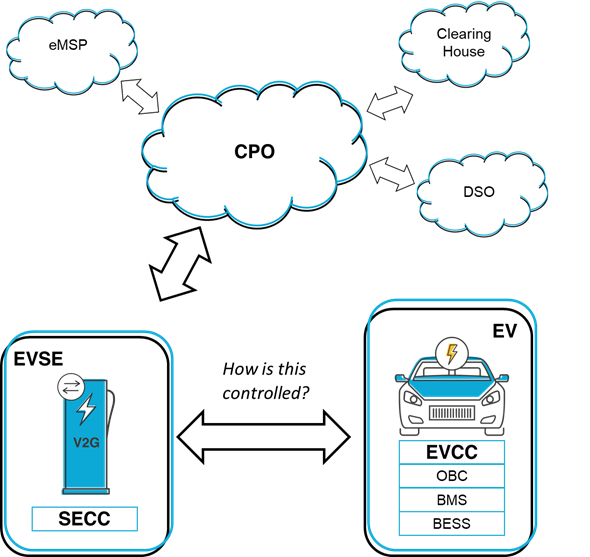 This step focuses on the control between the EVSE and EV looking at an overview of the V2G standards between the SECC and EVCC interface introduced in the previous step.

These two components – the SECC and EVCC – in a unidirectional EV charging system control the charging process by communicating information such as: whether a successful physical connection has been made when the EV is plugged in; the maximum supported charging current (for both the EVSE and the EV); the requested charge current and even the vehicle battery state of charge (SOC) for DC charging systems.

This process is standardised by IEC 61851. This means that for conventional EV charging any EV can charge from any chargepoint, as long as the hardware is compatible (since all the market has been standardised around IEC 61851). However, this standard does not facilitate bidirectional power transfer, or V2G. Type 2 and CCS charging use Pulse-Width Modulation (PWM) for basic signalling and Power-Line Communication (PLC) for high-level communication to implement the control functionality utilising the control pilot connection, whereas CHAdeMO’s control is Controller Area Network (CAN) based.

For V2G, the communications required between the EVSE and EV require information to control discharging, as well as charging. The only standard that currently achieves this with EVs and EVSE that is ready to buy today is the CHAdeMO DC standard. This is a key barrier to widespread adoption of V2G as there are only a small selection of vehicles that use the CHAdeMO standard, and fewer still (typically Nissan Group vehicles) that implement the functionality required for V2G within the EVCC.

The next step on the roadmap for local control of V2G between the EVSE and EV is the ISO 15118 standard. ISO 15118 has two main objectives:

ISO 15118-20 is the key part of the standard that will enable V2G, however the communications protocol it describes is far too detailed to discuss here in full. In short, it includes the transfer of messages necessary to control bidirectional power transfer. These include a proposed charging and discharging schedule, sent by the EVSE to the EV, and in return a power profile, calculated by the EV based on the constraints of the system and sent back to the EVSE. This is a dynamic exchange of information which allows a charging schedule to be negotiated and renegotiated between the EV and the EVSE. In addition, information is exchanged that is needed to ensure the V2G system complies with local energy system limitations such as frequency, active and reactive power.

Originally to be published in summer 2021, due to complications with the numbers of stakeholders involved and ensuring compatibility with existing parts of ISO 15118, its release is still pending. However, when ready, its adoption by EVSE and EV manufacturers will facilitate bidirectional charging using existing hardware standards such as Type 2 for AC V2G and CCS for DC V2G. This will remove a significant barrier to the widespread use of V2G.

CharIN, a global e-Mobility association, has the release of ISO 15118-20 as a key milestone on its roadmap to V2G using the CCS hardware standard by 2025. The image below shows this roadmap (also available to download at the end of this article) – don’t worry if some of the terms used are unfamiliar at this point, they will be covered throughout the duration of this course. 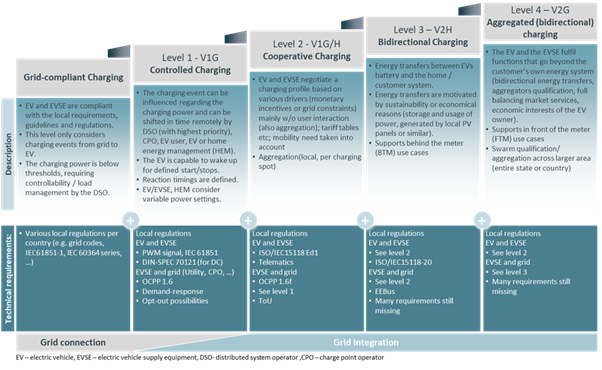 Key Takeaways
Local communication between the EVSE and the EV are needed to control the charging, and discharging, processes for V2G. For unidirectional charging this is done by IEC 61851, and ISO 15118-20, that was due to be released in summer 2021, will be the key standard that allows V2G to work with other hardware standards than just CHAdeMO.

What do you think?
Do you think the adoption of ISO 15118 will result in the end of the CHAdeMO standard? Contribute your thoughts to the discussion below.