There are twelve principles of animation identified by Disney animators Thomas and Johnston. This article looks at 6 of them. 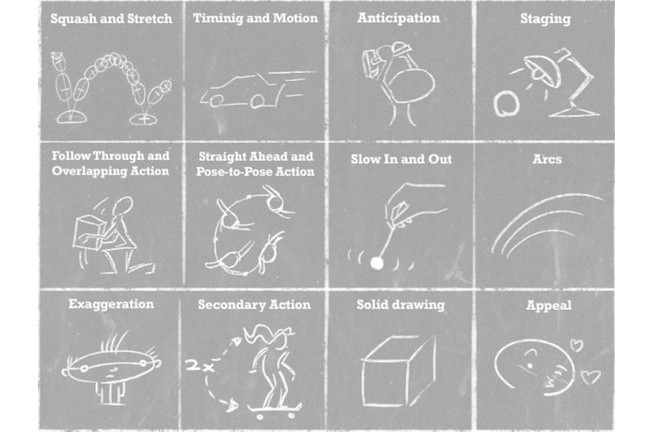 Below is a brief description of the six principles. You may find them useful for analysing existing animations or for having a go at creating your own.

Staging is used to make sure that the most important actions in the story are noticed. Audiences can only process so much at once and we need directing to the key action.

This can be achieved through a combination of framing, lighting and composition as well as ensuring that the backgrounds and other objects and characters do not create distractions and clutter.

This principle is to develop realistic movement. When a character, or moving object, stops, then some of its attributes will keep moving or ‘follow ‘through’ – for example the superhero’s cape.

If the superhero changes direction then the cape will take time to catch up, changing direction a few frames later, creating ‘overlapping action’. 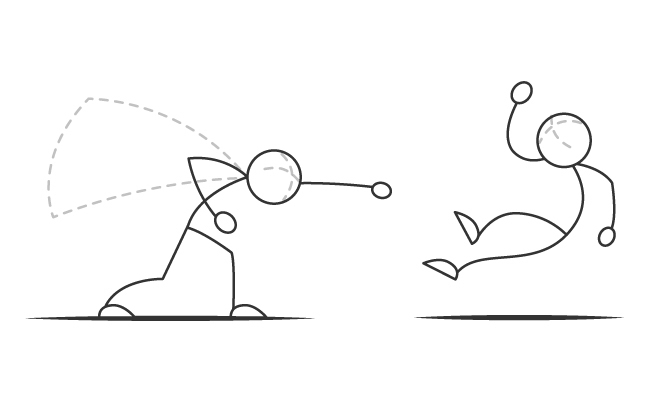 This is the principle that animation drawing should appear to have the weight and volume of the three-dimensional asset being drawn. In other words, helping the sense that it is ‘real’ and (where necessary) subject to the laws of gravity!

If you’d like to learn more about the other 6 principles of animation, check out the full online course from The National Film and Television School, below.