Find out more
Home / Law / Exploring Law: Studying Law at University / What is ‘the rule of law’?

This article introduces the nature of law as a system of rules and the key sources of law within our legal system: legislation and case law.
View transcript
17.1
There’s no doubt that the law provides a vital framework that underpins the operation of society, our economy, and our government. But what exactly is law? Most of the time when we ask that question, we have quite a specific concern. We’re speaking about the law of a particular state or region. We’ll be referring, for example, to the law of the UK or the law of England and Wales, or what we might describe as a particular legal system.
46.8
Now, law in this form can be regarded as a system of rules and principles addressed to us, that is individuals, companies, and government that prescribe what we must do, or have a power or a liberty to do, or what we are entitled to demand from others. Now in daily life, we encounter several different types of rules and principles, none of which are law in the sense that concerns us. So for example, we have moral rules that prescribe standards of good or ethical conduct, and many of those rules will transcend different nations, communities, cultures, and faiths. Less fundamentally, we have social rules that prescribe standards of appropriate conduct
91.3
for our social interactions: rules of politeness or etiquette. Even less fundamentally, we have simply the rules of games that tell participants in the relevant game how they should behave, whether that game is football or chess or something else. What distinguishes law from these other sets of rules? That’s a difficult question, but probably the most useful answer is that the law has or claims a peculiar authority or force. This is primarily a reflection of the source or origin of the relevant rule, and in turn of how rules having that source or origin are recognised and enforced by the institutions of the legal system, and that means above all its courts.

Watch this video to hear us introduce you to the nature of law as a system of rules, and what distinguishes law from other sets of rules that we encounter in our daily lives.

Where does ‘the rule of law’ come from?

Within the legal system of the UK, there are two main sources or forms of law: legislation and case law.

This content is taken from
University of Cambridge online course,

There is an important distinction between ‘primary’ legislation and ‘secondary’ or ‘delegated’ legislation.

In the UK, most primary legislation consists of Acts of Parliament.

The legislative process begins with draft legislation (a ‘Bill’) proposed by the UK government. It is then passed to the UK’s legislature – the UK Parliament – where it goes through a process of parliamentary scrutiny and approval. It only has the force of law once the process is completed and the legislation has been enacted by Parliament.

Devolution in the UK means that the regional legislative bodies – the Scottish Parliament, Welsh Parliament and the Northern Ireland Assembly – have the power to make laws for their regions.

Acts of Parliament are often known as ‘statutes’.

That is over fifty times as many pieces of secondary legislation. So, what is the difference?

The most common example is when the power to make secondary legislation is conferred by an Act of Parliament on a relevant government minister.

Legislation is not the only source of law.

A considerable amount of our law derives instead from ‘case law’: rules and principles that are, in an important sense, judge-made.

To understand this, we need to know a little more about the court system and the nature of judicial decision-making. Check out the full online course, from the University of Cambridge, below.

This content is taken from University of Cambridge online course 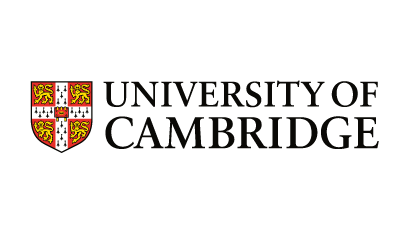