The media is a useful tool for sharing information with a large number of people over a short period of time, and as such the media has a role in providing educational materials.

Whitley and Wang (2017) suggest that media representations of poorly understood mental health difficulties have the potential to change and challenge public perception through education.

However, it is important to consider the source of information. Thonon et al. (2016) argue that documentary films not only provide an educational element but also present an accurate source of information about individuals experiences. Due to the accuracy of documentary films, this form of media is thought to be a powerful tool in challenging and reducing stigma in mental health.

One example of the educational value of documentary films in challenging stigma towards eating disorders is that of ‘Louis Theroux: Talking to Anorexia’. Within the documentary Louis Theroux explores the process of recovery from anorexia nervosa from the perspectives of four women, each at different stages within their recovery. The documentary explores not only the viewpoint of the women interviewed, but also an insight into the treatment for eating disorders within the UK, and the impact of anorexia on the patients, family members and professionals involved in the recovery journey.

Documentaries are not the only factual means of exploring mental health illnesses, and this is highlighted by ‘To the Bone’, a semi-autobiographical film based on director Marti Noxon’s experiences of anorexia nervosa. ‘To the Bone’ chronicles, the semi-fictional Ellen’s experiences at a radical treatment centre specialising in the care of eating disorders. While the film does stimulate conversation around eating disorders, Robbins (2017) comment that the film is not an authentic representation of the reality of eating disorder treatment.

This content is taken from
Anglia Ruskin University online course,

So far we have discussed positive and educational representations of eating disorders within the media, but it is important to note that not all media representations are positive.

In contrast to the previously discussed representations, Netflix’s ‘Insatiable’ offers an alternative view of eating disorders. Insatiable following beauty queen Patty, once bullied for being overweight, whose life changed when she had her jaw wired shut for medical reasons and was unable to eat. Patty finds that her slimmer self is more popular and desirable. Instead of overtly addressing the underlying eating disorder, most likely binge-eating disorder, the writers of ‘Insatiable’ choose the terms “out of control”, “compulsive eater”, and “obese” to refer to Patty’s eating behaviours throughout the programme. The writers also fail to address appropriate treatment for binge-eating disorders, instead they perpetuate the idea that a physical change e.g. weight loss will ‘cure’ the disorder.

Use the space below to share your own thoughts and experiences of media representations of mental illnesses.

For those interested, the media programmes mentioned can be found in the following places:

This content is taken from Anglia Ruskin University online course 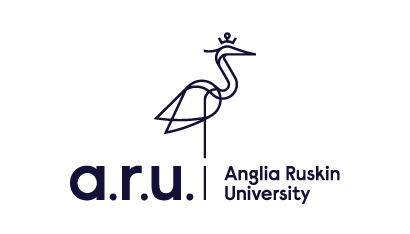